As if Smallville‘s Clark Kent didn’t have enough to contend with — as a super-powered alien living in secret among the mild-mannered people of Kansas — his love life would take turns faster than a speeding bullet.

In the end, it was of course intrepid reporter Lois Lane with whom Clark would (presumably!) walk down the aisle, as suggested by the series finale’s seven-year flash forward. But might either of the other ladies in his life have been swapped in to make for as perfect a couple? 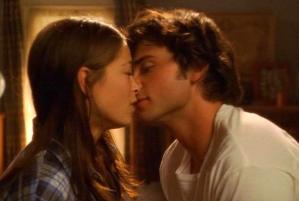 THE CASE FOR LANA | First love, best love? The theme of Clark’s relationship with Lana Lang has always been sacrifice. How he would withhold his secret origin, again and again, in the name of her safety (as well as out of fear of rejection) and despite how it tended to derail things for them. Lana, too, also made sacrifices at multiple points across the years, even wedding Lex Luthor at one point. Ultimately, the true “kryptonite” for their romance proved to be, well, kryptonite, when Lana’s skim became imbued with the ore that weakened Clark. But what if she had never donned that Prometheus suit…? 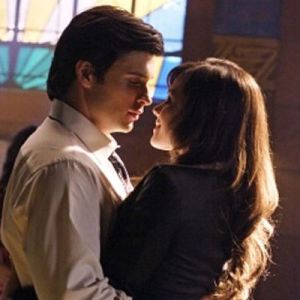 THE CASE FOR LOIS | Destined love, best love? Lois Lane’s arrival was a long time coming (not until Season 4), but it was worth the wait — if only because Clark was super naked for his “meet cute” with Chloe’s journalist cousin. Sure, it took these two a beat to steer clear of red herrings (Oliver Queen, you have failed this chemistry!), get on the same page and prove their fit to be greater than that of hot fudge and halibut. But once they were able to recognize their mutual attraction and feelings for each other, they each found the strength and support to fulfill their respective destinies. 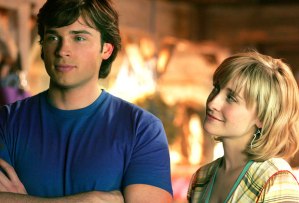 THE CASE FOR CHLOE | Though Lana and Lois were overtly played as Clark’s primary romantic interests, there has always been a passionate group that thought that Clark and Chloe Sullivan, friends to the end, had the potential to be so much more. Clark and Chloe themselves addressed that possibility, early on during their high school years, yet always opted instead to focus on their nearly unwavering friendship. Adding to their intimacy was Chloe’s status as one of the first people to be trusted with Clark’s secret, which allowed her access to thoughts and feelings others would never be privy to.

What’s your opinion on whom Clark should have chosen? Log your vote in the poll below, then battle it out in the comments!