Felicity was about a lot of things: a young woman discovering herself in the big city; the joy and heartbreak of the college experience; woefully ill-advised haircuts. But for many viewers, four seasons of The WB’s dorm-room drama boiled down to a single question: Did Felicity belong with Ben, or with Noel?

The choice between bad boy Ben Covington and nice guy Noel Crane divided Felicity‘s fan base into two equally passionate camps — and even today, nearly 20 years (!) since Felicity Porter first enrolled at the University of New York, the debate still hasn’t died down. So let’s pull on a cozy sweater, throw on a Sarah McLachlan CD and record a “Dear Sally” tape of our own: Which man should Felicity have chosen to spend her post-grad life with? 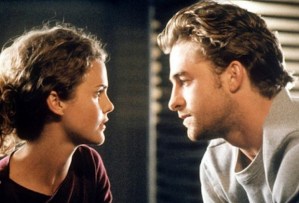 THE CASE FOR BEN | There’s a reason why Felicity flew across the country just to be near this guy. Ruggedly handsome and boyishly charming, Ben was basically every teen girl’s first crush: effortlessly cool, and just troubled enough to be interesting. But Ben wasn’t just some unattainable lunkhead. He grew and evolved as the series went on, learning from his mistakes and turning himself into a man worthy of Felicity’s affections. (That Charlie Chaplin rooftop screening… need we say more?) Felicity tried to fight her feelings for Ben — she even traveled back in time to choose Noel instead! — but every time, their undeniable chemistry brought them right back into each other’s arms again. It’s almost like fate, you know? 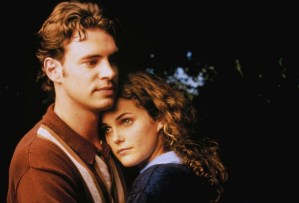 THE CASE FOR NOEL | Ben may have been the man who inspired Felicity to move to New York… but Noel was the man who convinced her to stay. Smart, funny and a real sweetheart, Noel was there for Felicity every time Ben broke her heart, ready with a game of Boggle and a shoulder to cry on. He challenged Felicity intellectually, he encouraged her to pursue her artistic passions… and he wasn’t horrible to look at, either. (Plus, with those nerdy computer skills of his, he’s probably a billionaire by now.) Noel and Felicity never quite got the timing right, but if she had just gone to Berlin with him after freshman year — like she should have! — she could’ve traded a fleeting crush like Ben for a true soulmate.

What’s your opinion on who Felicity should have chosen? Log your vote in the poll below, then slug it out in the comments!