From vampires to werewolves to faeries, Sookie Stackhouse’s dating history reads like a who’s who — or a who’s what — of the supernatural world. And for that, we thank her.

Because even when HBO’s True Blood (2008–2014) was at its most perplexing, at least fans could always count on a ludicrous sex scene to keep them tuning in week after week. And at the risk of digging up ancient history, TVLine is revisiting the drama in Bon Temps, where the only thing steamier than the swampland was the townsfolk’s endless stream of clothing-optional shenanigans.

To that end, it’s time to look back on the show’s seven-season run and decide which of Sookie’s undead suitors — Bill Compton, played by Anna Paquin’s real-life husband Stephen Moyer, or Eric Northman, played by Alexander Skarsgard — was the better fit. (As for all you #TeamAlcide diehards out there… sorry!) 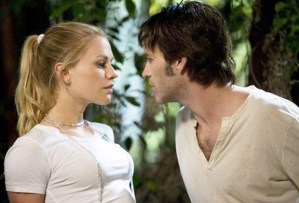 THE CASE FOR BILL | Before there was Fifty Shades of Grey, there was Bill and Sookie. (Sorry, make that “Beell!” and “Sookeh!”) He was a wealthy southern gentleman who treated her grandmother like a queen, and she was a timid young woman who longed to broaden her horizons. But when night fell, when their inhibitions dropped, s–t got real. Remember when Bill took Sookie’s virginity after a funeral? Or the time Sookie thought Bill was dead, only to have him rise from his grave and bone her right there in the cemetery? Had the show not gone completely off the rails (one word: “Billith!”), this couple’s story could have ended in true love… rather than the true death. 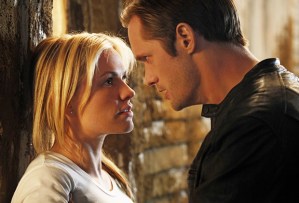 THE CASE FOR ERIC | Every supernatural love story needs at least one misunderstood bad boy, and few fit that bill better than Eric Northman. From the moment Sookie first laid eyes on the Nordic beauty, fans longed for the day the two would finally get down to business, eventually having their wish granted in the fourth season when a witch’s curse stripped Eric of his memories. With his defenses down — but his primal sexual urges still firing on all cylinders — Eric was able to give all of himself to Sookie, resulting in some of the show’s hottest love scenes. His dependency was also a nice change of pace from all the men who previously viewed Sookie as a defenseless flower. Their relationship, however short lived, felt more equal than her previous romantic entanglements.