Over the course of six seasons, Sex and the City‘s Carrie Bradshaw dated — yeah, we’re using that term rather loosely — nearly three dozen guys. A pee-obsessed politician, an addled high school sweetheart, an aloof artist with a penchant for violence… the list is as varied and colorful as Carrie’s shoe closet. However, only two Manhattan men stand out as candidates for the fashion-forward writer’s one true love.

The battle for Carrie’s heart ultimately came down to Aidan Shaw vs. Mr. Big. To mark 20 years since the premiere of the HBO series — which eventually wrapped as Sarah Jessica Parker’s Carrie reunited with Chris Noth’s Big — we couldn’t help but wonder: Which man should Carrie have chosen as her lifelong partner? 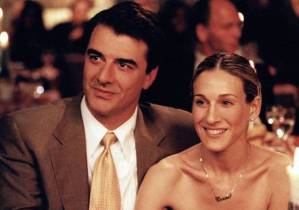 THE CASE FOR BIG | On the surface, the filthy rich John James “Mr. Big” Preston was the perfect match for the starry-eyed Carrie, whose Balenciaga dreams often ran up against her freelance-writer budget. In addition, he was handsome, sexy and smart from the get-go; though emotional scars from previous relationships caused him to choose poorly where Carrie and commitment were concerned (cough on more than one occasion cough), he eventually learned, grew, moved to Napa, read Carrie’s book, realized what he’d lost and pulled it together in time to go get our girl. To sum up: Was Big the right man for Carrie? Abso-effing-lutely. 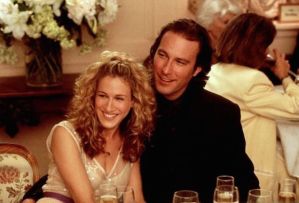 THE CASE FOR AIDAN | Down-to-earth carpenter Aidan Shaw was the anti-Big: sweet, honest, emotionally available and more than happy to envision himself as the future Mr. Carrie Bradshaw. His devotion to Carrie was palpable (see also: his white knight move when Miranda wrenched her back) and patient (a lesser man probably would’ve peaced out for good after her affair with Big, no?), and he got along with her friends — a bar Big just barely reached by the time the series finale came around. As far as we can tell, the only downside to a life with the affable bar owner would’ve been the constant presence of sawdust and doghair around the apartment —you know, the apartment he bought and was refurbishing for you, Carrie? Sad to say, but when it comes to choosing correctly, we’re with Aidan: You broke our heart!

What’s your opinion on who Carrie should have chosen? Log your vote in the poll below, then slug it out in the comments!