Kimberly hails from Milford, Conn., and got her start in journalism when the arts editor of The New Haven Register gave her a shot as a student reporter. After graduating from Northeastern University and the Columbia University Graduate School of Journalism, Roots wrote for The Patriot Ledger and Science & Theology News before turning her love of TV (and many childhood summers spent soaking up Days of Our Lives storylines) into an editorial gig at Soaps In Depth. She covered All My Children and ultimately became senior news editor, then took a few years to work as a writer/editor at Girl Scouts of the USA before landing at TVLine. She lives in Manhattan with her husband, Nate Fredman, and their daughter, Grace.

Which Euphoria Kid Worries You Most? Is Batwoman Doing 'Wildmoore'? Does Ghosts Owe an Answer? And More Qs 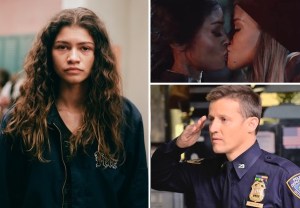 We’ve got questions, and you’ve (maybe) got answers! With another week of TV gone by, we’re lobbing queries left and right about dozens of shows including Euphoria, How I Met Your Father, Batwoman and Ghosts! END_OF_DOCUMENT_TOKEN_TO_BE_REPLACED 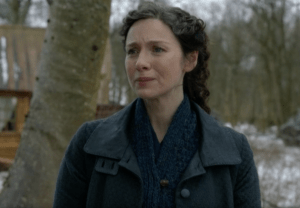 The Revolutionary War hasn’t yet gotten underway in Outlander‘s upcoming Season 6, but it’s certainly coming — as the inhabitants of Fraser’s Ridge soon will learn. END_OF_DOCUMENT_TOKEN_TO_BE_REPLACED

This Is Us Recap: [Spoiler] Returns — Will She Be Kev's Wedding Date? 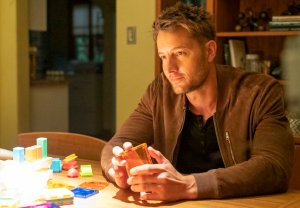 This Is Us‘ dads have a rough go in this week’s episode… and a flash-forward confirms what we already knew: that at least one of ’em has even tougher times ahead. END_OF_DOCUMENT_TOKEN_TO_BE_REPLACED

Of all the answers we received during Yellowjackets‘ addictive first season, one remains mind-bendingly elusive: How on Earth did Jackie have such a good time during her Doomcoming fling with Travis? END_OF_DOCUMENT_TOKEN_TO_BE_REPLACED 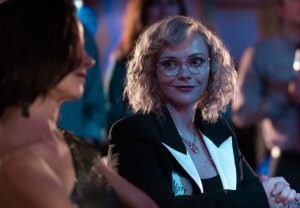 Yellowjackets EPs Answer Our Burning Questions About the Antler Queen, [Spoiler]'s Deeply Unsettling Altar, That Dude in the Dream and More 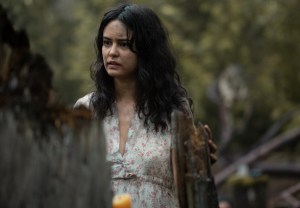 Warning: This post contains many spoilers from Yellowjackets‘ Season 1 finale. Proceed with caution.

OK, fellow citizen detectives, we’ve got our work cut out for us.

Yellowjackets Finale Recap: Is [Spoiler] Alive... and a Cult Leader?! 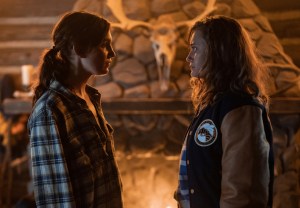 Another member of the Yellowjackets meets her end in the unrelenting wilderness during the show’s Season 1 finale… and somehow, that’s one of the less WTF?! plot developments that take place in the hour. END_OF_DOCUMENT_TOKEN_TO_BE_REPLACED

Euphoria Recap: The Sins of the Father 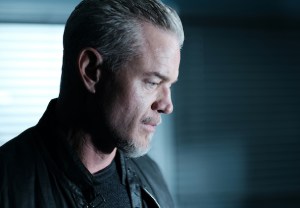 Cassie’s whole “I think I should be single and work on myself” plan hits a psychopath-sized snag in this week’s Euphoria — but that’s far from the only havoc Nate Jacobs wreaks during the hour. END_OF_DOCUMENT_TOKEN_TO_BE_REPLACED

1883, For the First Time, Kills Off Someone We Care About — Read Recap 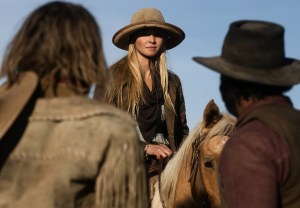 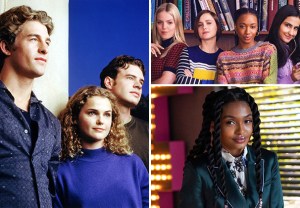 With hormones on overload and firsts aplenty, high school series tend to get all the love — and then often squander it as the characters awkwardly transition to the college years. END_OF_DOCUMENT_TOKEN_TO_BE_REPLACED