PREMISE | Before Making a Murderer, before Serial… there was The Staircase. The O.G. true-crime documentary first debuted back in 2005, giving us a fascinating fly-on-the-wall perspective on the bizarre murder trial of novelist Michael Peterson, accused of killing his wife Kathleen. (Peterson insisted Kathleen accidentally fell down a flight of stairs to her death.) Oscar-winning documentarian Lestrade follows every twist as Peterson’s trial is hit with a barrage of game-changing bombshells, including accusations of infidelity and bisexuality, the revelation of a previous death with eerie similarities… and an absolutely bananas alternate theory about Kathleen’s death. Lestrade’s attention to detail and revealing interviews are absolute manna to true-crime obsessives, and after hours of courtroom theatrics and meticulous crime-scene analysis, we do get a verdict — but was justice served?

WORTH YOUR TIME IF YOU ENJOY… | True-crime documentaries like Making a Murderer and The Jinx; a warts-and-all look at the many flaws in our criminal justice system; nerding out over forensic evidence and legal technicalities; changing your mind about someone’s guilt multiple times. 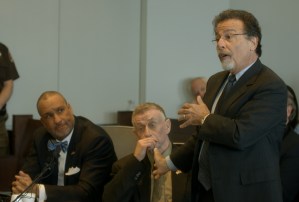 YOU SHOULD PROBABLY ALSO KNOW… | The first eight episodes are the original 2005 run, but Lestrade went back in 2013 to film a follow-up with Peterson and his family and legal team, which are the next two episodes in Netflix’s version. Now for the series’ Netflix debut, Lestrade has given us another update, with three all-new episodes that catch us up on Peterson’s life today, more than a decade after the original trial. Plus, if you’re a fan of NBC’s Trial & Error, you’ll notice some striking parallels between Peterson’s case and that of John Lithgow’s zany murder defendant Larry Henderson.

IS IT COMING BACK? | It just did, hitting Netflix this week with those three additional episodes attached.

WHERE CAN I WATCH IT? | All 13 episodes are available to stream now on Netflix.