PREMISE | This semi-autobiographical series — created by, starring and executive-produced by Shaw — follows Bridgette Bird, a young, working-class mother attempting to navigate life in South Boston. Her (non-existent) relationships, sex life and career (she has long dreamed of playing for the WNBA) take a backseat to raising her son, whose name is… Larry Bird. 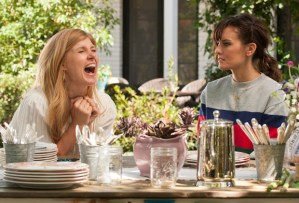 YOU SHOULD PROBABLY ALSO KNOW… | First and foremost, don’t be put off by the title. This is not a show about a single mother being objectified by thirsty men. (Shaw has said in interviews that she set out to reclaim the disgusting acronym.) Second, SMILF deals with some heavy issues, including the burden carried by both victims of childhood sexual abuse and their parents. The finale confronts the trauma in a completely unexpected way, while also drawing parallels to Woody Allen. Other issues addressed include eating disorders, drug and alcohol dependency and undiagnosed mental illness. Lastly, we’d be remiss if we didn’t call attention to O’Donnell, who delivers the performance of her career as Bridgette’s emotionally unstable mother. Her Emmy-worthy showcase comes in the second-to-last episode of Season 1 — and boy is it a doozy.

WHERE CAN I WATCH IT? | As of now, the complete first season is available only to Showtime subscribers.

Will you be setting aside some time to get acquainted with Showtime’s SMILF? Perhaps you already have? Drop a comment and let us know!