TOP OF THE LAKE

PREMISE | Set in the picturesque backwoods of New Zealand, Top of the Lake stars Elisabeth Moss as Sydney police detective Robin Griffin, who investigates the disappearance of a local 12-year-old girl who turns out to be pregnant. Her search uncovers some very dark secrets among the local townsfolk — and in her own past. The supporting cast includes Harry Potter alum Peter Mullan as the missing girl’s drug-lord father Matt and Oscar winner Holly Hunter as GJ, the eccentric, philosophy-spouting leader of a women’s commune that sets up shop nearby. 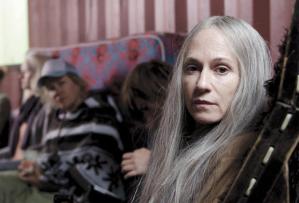 YOU SHOULD PROBABLY ALSO KNOW… | Moss won a Golden Globe for her work here as Robin, and deservedly so: Hearing her speak with an Australian accent takes some getting used to, but she nails a tricky role by balancing a fierce strength with a stunning vulnerability. Campion, an Oscar nominee for The Piano who directs the bulk of the episodes, is a masterful filmmaker, rounding out the central mystery with psychological deep-dives and quirky local color. The cinematography from Emmy winner Adam Arkapaw (True Detective) is flat-out breathtaking. Plus, it’s only seven episodes, so it makes for a nice, quick binge.

IS IT COMING BACK? | Yes, this weekend! An all-new season, entitled Top of the Lake: China Girl, debuts this Sunday at 9/8c. Moss returns as Robin, and is joined this time by Nicole Kidman and Game of Thrones‘ Gwendoline Christie, so now is the perfect time to catch up.