This year’s Outstanding Supporting Actress in a Drama contest is going to be a fun free-for-all, and we might be surprised by who ends up on top. After all, without a clear frontrunner — like last year’s winner, Margo Martindale — it could also be time for oft-nominated Christina Hendricks, brand-newbie Morena Baccarin, or frequently-overlooked Regina King and Maggie Siff to make a grab for the gold.

Review this slideshow of the major contenders — including TVLine’s Dream Nominees — then vote below for who you think are the six best. And check back Thursday as we tackle the comedy races!

If you like TVLine, you'll LOVE our email news alerts! Click here to subscribe.
Emmys 2012: The Supporting Drama Actress Race in Review, Including Our Dream Nominees 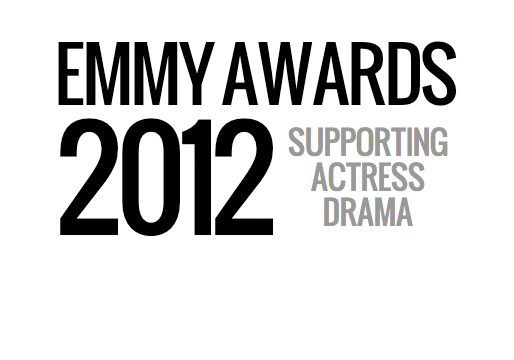