Game Change is more than just the name of the polarizing HBO picture that could take home the 2012 Emmy in the now-merged movie/miniseries category, it’s also the underlying theme of the whole race.

Until last year, when PBS’ Downton Abbey pulled off an upset, HBO projects had taken the gold for nearly a decade. Suddenly, it seemed like anything could happen — and, suddenly, it did. Downton’s move to the drama series category makes the movie/mini derby an HBO-vs.-PBS free-for-all.

Thanks to Game Change — as well as the marquee value of Hemingway & Gellhorn — the cable network would appear to have the edge. But there’s a growing sentiment that no potential nominee or winner is more deserving than PBS’ Sherlock. For now, however, whether that stellar underdog will score a nod, much less a win, remains a mystery. Another potential spoiler: FX’s rookie anthology American Horror Story. And with its record-shattering ratings, along with A-level stars in Kevin Costner and Bill Paxton, History’s Hatfields & McCoys solidified its Emmy chances.

Review this slideshow of the major contenders — including TVLine’s Dream Nominees — then vote below for who you think are the six best. 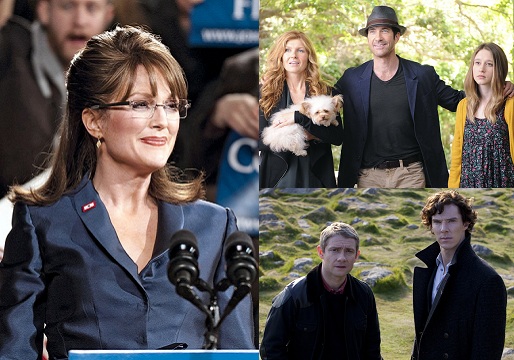