One of the big questions surrounding this year’s Outstanding Lead Actress in a Drama race: Can anyone beat Claire Danes? She hasn’t even scored a nomination yet, but Homeland‘s leading lady is already considered the frontrunner to grab gold in September. But Danes’ road to Emmy glory is paved with two big obstacles, one of ’em named Julianna Margulies (last year’s winner for The Good Wife). The other: Elisabeth Moss (the Mad Men actress is long overdue).

And speaking of long overdue, Sons of Anarchy anti-heroine Katey Sagal is once again gunning for her first-ever nod. If she manages to make the cut, all bets are off.

Review this slideshow of the major contenders — including TVLine’s Dream Nominees — then vote below for who you think are the six best. And check back next week as we tackle the supporting races! 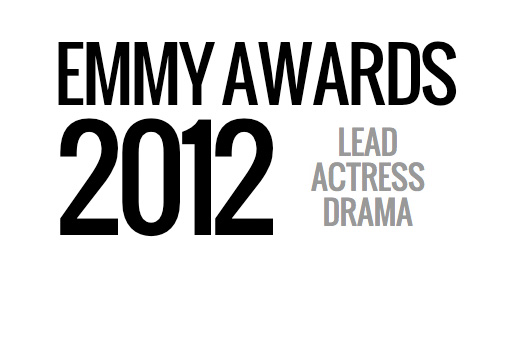