Reality television, by its very nature, thrives on unexpected twists, shock eliminations, and upset victories. But the most surprising thing about the Emmy race for Outstanding Reality-Competition Program over the last five years has been the almost total stagnancy of its pool of contenders.

Indeed, from 2007-2011, the same five shows — The Amazing Race, American Idol, Dancing With the Stars, Project Runway, and Top Chef — have maintained a chokehold on nominations in the category. The sole exception to this five-member monopoly came in 2011, when Emmy added a sixth nominee — So You Think You Can Dance — to the mix.

But wait. That “kerplunk” you’re hearing might just be the sound of a new contender (or two) dropping into the proceedings. Indeed, the 2011-2012 season found The Voice proving itself a genuine (and genuinely enjoyable) ratings force in its second season for struggling NBC, and Simon Cowell’s British import The X Factor storming the U.S. coastline with a combination of flashing lights, aggressive backup dancers, and Paula Abdul’s tears.

Will these newcomers force Emmy to redistribute the nomination wealth, or will 2012 be another case of same-old same-old?

Review this slideshow of the major contenders — including TVLine’s Dream Nominees — then vote below for who you think are the five best. 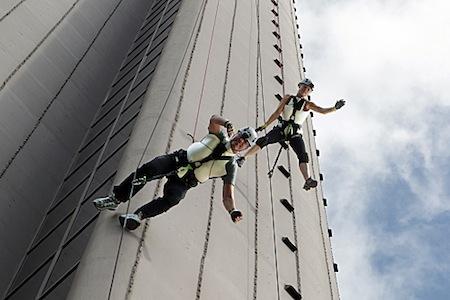