Since Downton Abbey’s Maggie Smith took home this award not only last year but the one before (though then, the show was competing in the miniseries/movie category), does it really matter who gets nominated? We already know who’s going to win. But, if there was going to be an upset (and no offense to the Dowager Countess, but we’re pulling for one) which actresses would be likeliest to pull it off?

Review the following slideshow of the major contenders — including TVLine’s Dream Nominees — then hit the comments to vote for who you think are the six best. And check back over the weekend as we tackle the Reality Series race!

If you like TVLine, you'll LOVE our email news alerts! Click here to subscribe.
Emmys 2013: The Supporting Drama Actress Race in Review, Including Our 6 Dream Nominees 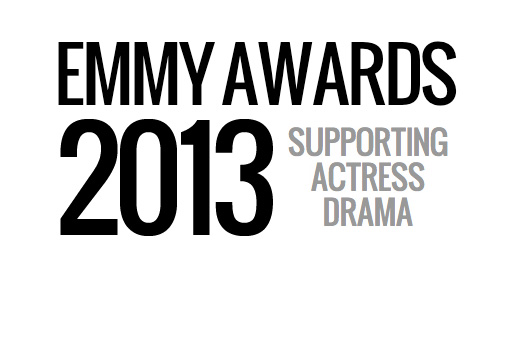