Ironically, death may breathe some new life into this category! With two of last year’s nominees — Breaking Bad‘s Giancarlo Esposito (RIP, Gus) and Mad Men‘s Jared Harris (RIP, Lane) — no longer eligible, a coupla slots have opened up for new contenders. (Or one, if Esposito pulls off a long-shot nod for Revolution.) Maybe this is exactly the confluence of events that Southland’s Michael Cudlitz needs to bring home an Emmy to keep his Critics’ Choice Award company?

Review the following slideshow of the major contenders — including TVLine’s Dream Nominees — then hit the comments to vote for who you think are the six best. And check back Friday as we tackle the Supporting Drama Actress race!

If you like TVLine, you'll LOVE our email news alerts! Click here to subscribe.
Emmys 2013: The Supporting Drama Actor Race in Review, Including Our 6 Dream Nominees 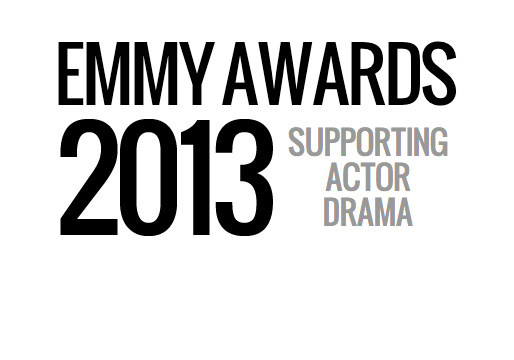