For the past three years, the men of ABC’s Modern Family dominated this category — and there’s every reason to believe Ed O’Neill, Jesse Tyler Ferguson, Ty Burrell and Eric Stonestreet will hear their respective names announced come nominations day on July 18. That leaves two open slots and a myriad of options, including past nominees Max Greenfield and Bill Hader, and the long-overdue Simon Helberg.

Review this slideshow of the major contenders — including TVLine’s Dream Nominees — then hit the comments to vote for who you think are the six best. And check back Thursday as we tackle the Supporting Comedy Actress race!

If you like TVLine, you'll LOVE our email news alerts! Click here to subscribe.
Emmys 2013: The Supporting Comedy Actor Race in Review, Including Our 6 Dream Nominees 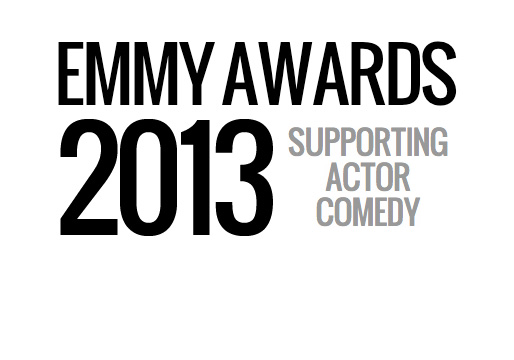