With two of last year’s nominees (Saturday Night Live’s Kristen Wiig and Desperate Housewives’ late Kathryn Joosten) out of the running, and a third (Nurse Jackie’s Merritt Wever) looking less like a long shot than a no shot, the field is wide open. Even if The Big Bang Theory’s Mayim Bialik, and Modern Family’s Sofia Vergara and Julie Bowen (2012’s winner), are again nominated, that still leaves three slots open — or two if Emmy raises another glass to Arrested Development’s intoxicating Jessica Walter.

Review the following slideshow of the major contenders — including TVLine’s Dream Nominees — then hit the comments to vote for who you think are the six best. And check back Monday as we tackle the Outstanding Drama Series race! 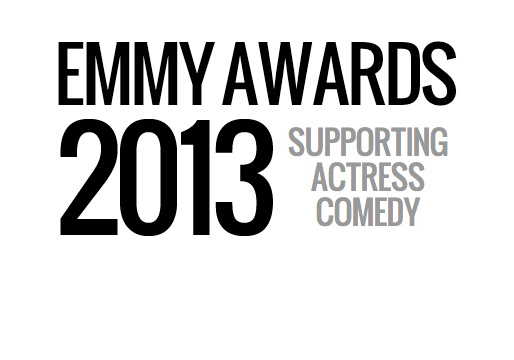