If ever a category was primed for a shake-up, it was this one. There are so many potential first-time nominees — from Scandal’s Kerry Washington to House of Cards’ Kelly Capwell… er, Robin Wright — that the question is less who will win than who will manage to win a nod.

Review the following slideshow of the major contenders* — including TVLine’s Dream Nominees — then hit the comments to vote for who you think are the six best. And check back Thursday as we tackle the Outstanding Supporting Actor in a Drama race!

*Before you ask, Anna Torv of Fringe did not submit herself for Emmy consideration.

If you like TVLine, you'll LOVE our email news alerts! Click here to subscribe.
Emmys 2013: The Lead Drama Actress Race in Review, Including Our 6 Dream Nominees 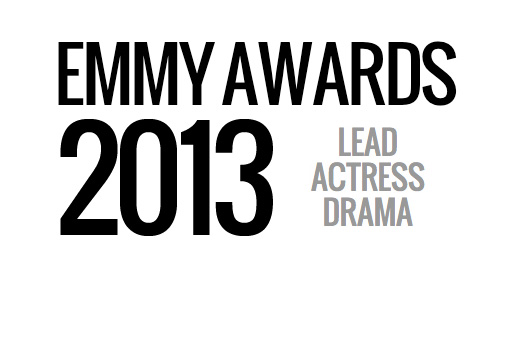