We’ve got questions, and you’ve (maybe) got answers! With another week of TV gone by, we’re lobbing queries left and right about dozens of shows including The Chair, American Horror Story: Double Feature, The Good Fight and Big Brother!

1 | As much as we enjoyed The Chair‘s six-episode run, wasn’t it a little hard to believe, during Episode 1, that any college students would start filming their professor just because he asked if anyone was drunk or high during class?

2 | Now that Bill Kurtis has returned to A&E’s Cold Case Files after a 15-year hiatus, is he the reigning king of true-crime voiceovers, or is Keith Morrison the one to beat?

3 | Did Legends of Tomorrow even explain Behrad’s absence in the latest episode…?

4 | Why would The Walking Dead‘s Negan have agreed to go on a mission with Maggie, who he knew wanted to kill him? And why did Carol not go? Also, as TVLine reader Joseph asked: Why would a rope snap when pulling up a case of MREs, but not hoisting much heavier people?

5 | If, as Animal Kingdom‘s Tommy told Deran, people are whispering that the Codys “took care of” Adrian, is there any world in which you’d feel safe repeating that to him? 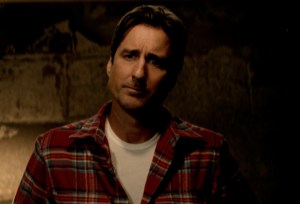 6 | Does Stargirl‘s Pat have any way to describe ISA supervillains other than “very, very bad” or “bad news”?

7 | How much were you coveting Mi Ran’s pizza on You Are My Spring? And is there a way to order it in real life?

8 | Could The Flash‘s recently announced alien-fueled “Armageddon” event in some small way be born of Legends of Tomorrow‘s current, alien-themed season? 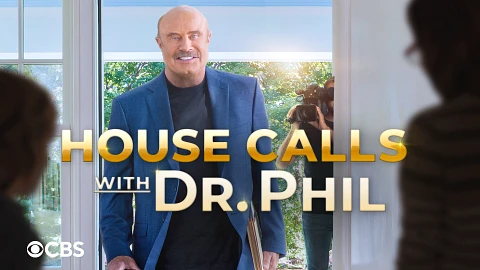 Seriously, who asked for this?

10 | With a few tweaks, couldn’t Jaime Pressly’s in-the-works CBS sitcom — about “a woman who returns home to the small North Carolina island she couldn’t wait to leave, to bury a mom she couldn’t stand” — be turned into a Jill-centric Mom spinoff? (They can call it Dead Mom!)

11 | Wasn’t Riverdale‘s chainsaw-wielding trucker kind of ruining his own livelihood by carving up his truck’s cab just to get at Betty? (Big rigs are expensive!) And what are these investors thinking, handing tens of thousands of dollars over to Veronica and Reggie over the phone?

13 | We know it’s supposed to be winter on American Horror Story: Double Feature, but would P-Town really be that deserted?

14 | Should The Challenge‘s Tori have taken her shot at Big T, or did she make the right call by holding off?

15 | We know The Other Two was off the air for two-and-a-half years, but wasn’t it still disorienting to see Chase Dreams basically all grown up, with his voice changed and everything? 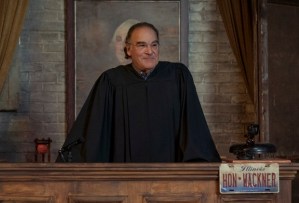 16 | As Good Fight co-creators Robert and Michelle King mull whether or not to summon Mandy Patinkin’s Judge Wackner back for Season 6, we gotta ask: Do you want to see more of the eccentric magistrate? Or was one season enough?

17 | Did anyone at ABC who watched the last live episode of The Conners honestly think to themselves, “Gee, that was great! Let’s do it again!”?

18 | During the upcoming season of Shark Tank, just how many times will guest Shark Kevin Hart yell/talk over Kevin O’Leary before Mr. Wonderful turns to the comedian and says, “You’re dead to me”?

19 | Now that Dancing With the Stars has announced its first same-sex pairing, which female pro do you want to see partnered with JoJo Siwa?

20 | Judging by the first trailer, is it safe to say that NCIS: Hawai’i will be more an explode-y spinoff a la NCIS: Los Angeles? 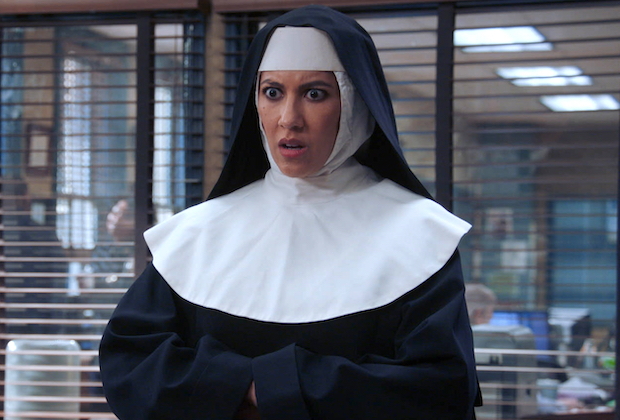 Were you pleased to see Brooklyn Nine-Nine‘s Jake take responsibility for his actions — in this case, making an arrest without sufficient evidence, then harassing the man he arrested based solely on a hunch — even though it meant facing a five-month suspension? Did Nine-Drink Amy, with her terrible British accent, sound a lot like Frasier‘s Daphne Moon? And how do we go about getting Stephanie Beatriz cast in Disney+’s forthcoming Sister Act threequel?

22 | Do you feel like Making It‘s Season 3 winner got a perhaps-undeserved final nudge due to the eco-conscious nature of their crafting? More so than how they met the Shack Hack’s three judging criteria?

23 | While we love the heady strategy of Big Brother‘s Cookout alliance, is anyone else a little bored with Season 23? Where are the house flips, split votes and (most importantly) the drama of seasons past?

24 | See fans, had you forgotten how deliciously batty Queen Kane is? And do you think Lord Harlan is going to be any match for her at all?

25 | When all is said and done, is the renewal of Mayim Bialik’s Call Me Kat largely to blame for the Jeopardy! mishegas?