So… did those violent delights have violent ends?

If you remember anything from the second season of HBO’s Westworld you know the answer to that question is a resounding YES. But, for those of us who have trouble keeping track of all those timelines and introspective philosophic monologues, especially after all this time, the rest of the show may not be so fresh in our minds. What did Delos want with the hosts? Did Maeve find her daughter? Did Hector FINALLY get to give his freakin’ speech?

We would hate for you to go into Season 3 feeling like a wiped host, and not all of us have the time to rewatch the entire season. So here is your ultra quick recap of every episode from Season 2. Whether you want to know if your favorite character is still alive or what other worlds the show explored, this is the place for you. Skim it to jog your memory before the series returns on Sunday (HBO, 9/8c). Or, if you want more detail, check out our full Season 2 episode recaps, which are linked below as well.

What are you waiting for? Resume motor functions, enter analysis mode and get to reading! 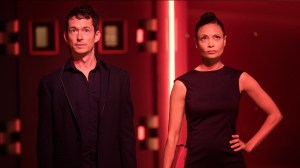 EPISODE 1, “THE PASSENGER” |Two weeks after Ford’s death, Bernard is found by Stubbs (he’s alive!) and Karl Strand, head of Delos operations. They discover an ocean full of dead hosts, including Teddy, and Bernard admits to killing them all. We flash back to to the night of Ford’s murder, where Bernard and Charlotte search for Peter Abernathy and his data-filled head. Meanwhile, Dolores and Teddy seek revenge while William/Man in Black is loving this new version of the park. At park HQ, Maeve, Hector and a reluctant Lee set off to find her daughter. Read full recap here.

EPISODE 2, “REUNION” | Years before the current timeline, Logan and William convince Logan’s father to invest in the park as the ultimate personal data collection project. Dolores recruits a group of Confederados and a Delos tech for her army. She crosses paths with Maeve, who she tries to recruit as well, but the former madam only wants to find her daughter. William meets up with Lawrence and the two set out to find “the door.” Read full recap here. 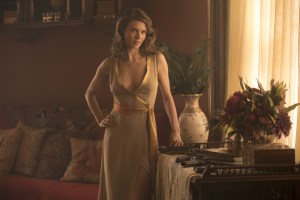 EPISODE 3, “VIRTÙ E FORTUNA” | In the present, Bernard is taken to park HQ, where he joins an Abernathy-less Charlotte. In the past, a woman from the Raj is attacked by hosts but escapes to Westworld — only to be found by Ghost Nation. Bernard and Charlotte locate Abernathy, but he and Peter are abducted by Confederados and brought to Dolores. Delos attack her fort and capture Peter while Dolores betrays the Confederados. Maeve’s team finds Armistice, Felix and Sylvester and are attacked by a samurai. Read full recap here.

EPISODE 4, “THE RIDDLE OF THE SPHINX” | Before the current timeline, William fails to transfer the consciousness of Jim Delos to a host. In the past, Clementine takes Bernard to Elsie (she’s alive!), where he reveals he is a host and was controlled by Ford when he attacked her. They discover a Delos base with an angry Host Jim and kill him. The Ghost Nation have Stubbs and Mystery Woman in captivity, but she escapes and they free him. William saves Lawrence and his family from surviving Confederados only to be greeted by Mystery Woman — aka his daughter, Emily. Read full recap here. 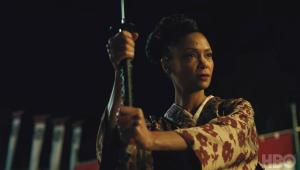 EPISODE 5, “AKANE NO MAI” | In the past, Maeve & Co. are captured by and later befriend Musashi, a samurai, Akane, the head geisha, and Sakura, her unofficial daughter. Sakura is kidnapped and killed by the Shogun, leading Maeve to use her new Jedi mind-control powers against his entire army. In Westworld, Dolores enjoys one final night with Teddy before having the tech turn him into a cold-hearted killer. Read full recap here.

EPISODE 6, “PHASE SPACE” | In the past, Charlotte and Stubs reunite at Delos HQ and work to get the data out of Abernathy’s head. William ditches his daughter after promising to be a better father. Dolores and Teddy crash the Sweetwater train straight into HQ. Maeve & Co. travel back to Westworld and find her daughter, but are attacked by Ghost Nation. Bernard and Elsie travel to the Cradle, where Bernard enters a virtual reality and is greeted by Ford. 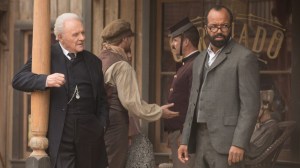 EPISODE 7, “LES ÉCORCHÉS” | In the past, Ghost Nation kidnaps Maeve’s daughter. William, Lawrence and Delos security arrive for a shootout that ends with William injured, Lawrence dead and Maeve bleeding to death on the way back to HQ. Dolores finds her father only to kill him to get the data from his head. Ford tells Bernard that the park was collecting information on the guests to copy them and that he will be sticking around Bernard’s mind for a while. In the present, Charlotte and Karl discover that Bernard is a host and torture him for the data’s whereabouts; he tells them it is in the Valley Beyond. Read full recap.

EPISODE 8, “KIKSUYA” | Years before the current timeline, Akecheta witnessed Dolores kill Arnold, awakening him to the fact that he is a host. When his love, Kohane, is retired, Akecheta finds his way into HQ where he discovers the true nature of his reality. In the past, Akecheta promises Maeve — who can hear him thanks to her new powers — that he will protect her daughter until she returns. Akecheta finds an injured William and hands him over to Emily. Read full recap here. 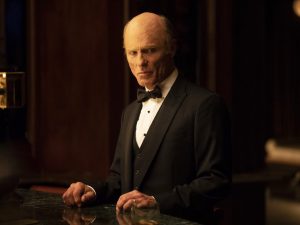 EPISODE 9, “VANISHING POINT” | Years before the current timeline, William and his alcoholic wife, Juliette, are at a party celebrating William’s philanthropy. Ford is in attendance and gives William a file, promising one final game. After a family fight, Juliette opens the file to find all of Williams sins from his days in the park, leading her to commit suicide. In the past, William thinks Emily is a host and kills her, only to find the same file on her and realize his mistake. He cuts his arm to check if he is a host. Teddy kills himself in front of Dolores since he can no longer live as the monster she made him. Charlotte plans to use Maeve’s code to get the hosts to kill each other. Bernard gets Ford out of his system and begins his journey to the place where Delos is keeping all the guest data: the Forge. Read full recap here. 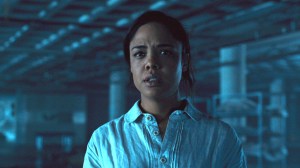 EPISODE 10, “THE PASSENGER” | Years before the current timeline, Bernard built the Valley Beyond, a virtual world for the hosts where no one could hurt them. In the past, Dolores begins deleting the Valley Beyond since it is not real, but Bernard kills her before she can finish. Charlotte kills Elsie to protect Delos’ secrets while Bernard watches. Realizing that be cannot survive on his own, Bernard builds a host Charlotte with Dolores’ consciousness who kills Charlotte. (We’ll call her “Charlores” from here on out.) Lee sacrifices himself in order to save Maeve & Co., and Maeve, Hector and Armistice sacrifice themselves fighting off the hoard of hosts infected with Maeve’s code so her daughter can reach the Valley Beyond before it floods. In the present, Charlores — who has been posing as Charlotte all season — kills Karl and Bernard and steals a bunch of host brain units. As she is leaving the park, Stubbs says some stuff that hints that he is a host and knows Charlores’ real identity. Some time later, Bernard wakes up, having been rebuilt by a newly crafted Dolores and Charlores, and Dolores tells him that they will be enemies but need each other to survive. In what seems to be years after the current timeline, William enters the old Delos facility where he kept Host Jim and is greeted by Host Emily, realizing that he himself is a host. Read full recap here and get composer Ramin Djawadi’s musical highlights of the season here.