Head on over to the Mesa Bar and relax, because we’ve got everything you need to know about the latest episode of Westworld right here.

Don’t have the time either to watch HBO’s robot drama or slog through a long recap? Here are the four key takeaways from Season 2, Episode 8, “Kiksuya.”

* Remember last episode, when that Ghost Nation member told Maeve they were on similar paths? He really wasn’t kidding: He’s been self-aware for a long time. In case you missed it in previous episodes, including the one where the hosts sell Logan on the idea of the park, the character’s name is Akecheta. Most of this episode is told from his point of view. 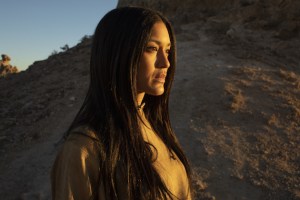 * As he tells Maeve’s daughter, Akecheta started out in a fairly peaceful loop, being in love with a woman named Kohane and living a quiet life among his tribe. But he came across the aftermath of Arnold’s suicide-by-Dolores and saw the maze symbol, which triggered the beginning of his awareness. “I heard a new voice inside,” he says. In a rebuild before the park’s grand opening, he was made into a violent Ghost Nation warrior, but he eventually remembered all of the lives he’d lived before and reconnected with Kohane. Unfortunately, she was soon retired. And after he figured out a way to get to the Mesa, where he sadly found his woman’s decommissioned body, he made it his new purpose to wake up as many of his fellow hosts as possible: That’s what he was trying to do with Pioneer Maeve and her kid, “but in this world, it’s easy to misunderstand intentions,” he laments. Oh, and Ford totally knew what was going on in the Native American host’s mind and endorsed it, telling him to “gather your people and lead them to a new world” after the park co-creator’s death. 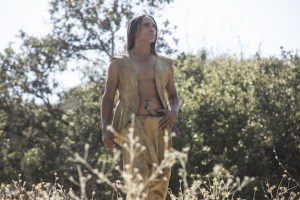 * Akecheta finds The Man in Black bleeding out and drags him to camp, but then surrenders him to Grace when she arrives — but only after she promises that her father will encounter a world of hurt in her custody.

* Lee strongarms one of the techs into helping Maeve, who is on the verge of permanent shutdown. But when Delos realizes that she’s sporting some anomalous code that’s allowing her not only to control other hosts but to be aware of what’s going on in and around all of the remaining hosts, that draws the attention of higher-ups. Lee sits by her bedside and cries, lamenting that he’d never wanted any of this for her. Out in the park, Akecheta speaks to Maeve’s daughter but is really talking directly to the former madam herself: “We will guard your daughter as our own. If you stay alive, find us.”