The CW on Tuesday unfurled the poster for this year’s three-night, Legends-less Arrowverse crossover event, and it will have you looking at Green Arrow and The Flash in a whole new way.

The “Elseworlds” theme is a nod to the DC Comics imprint that served up storylines that perhaps existed outside of regular continuity. Ergo the poster’s “Destiny Will Be Rewritten” tagline.

But where is Supergirl, the third piece of the crossover? (Dare we hope that she and Batwoman have swapped alter egos in this narrative??)

The poster reveal comes on the heels of the unveiling of Ruby Rose’s Batwoman costume and Tyler Hoechlin’s dark new Superman duds. 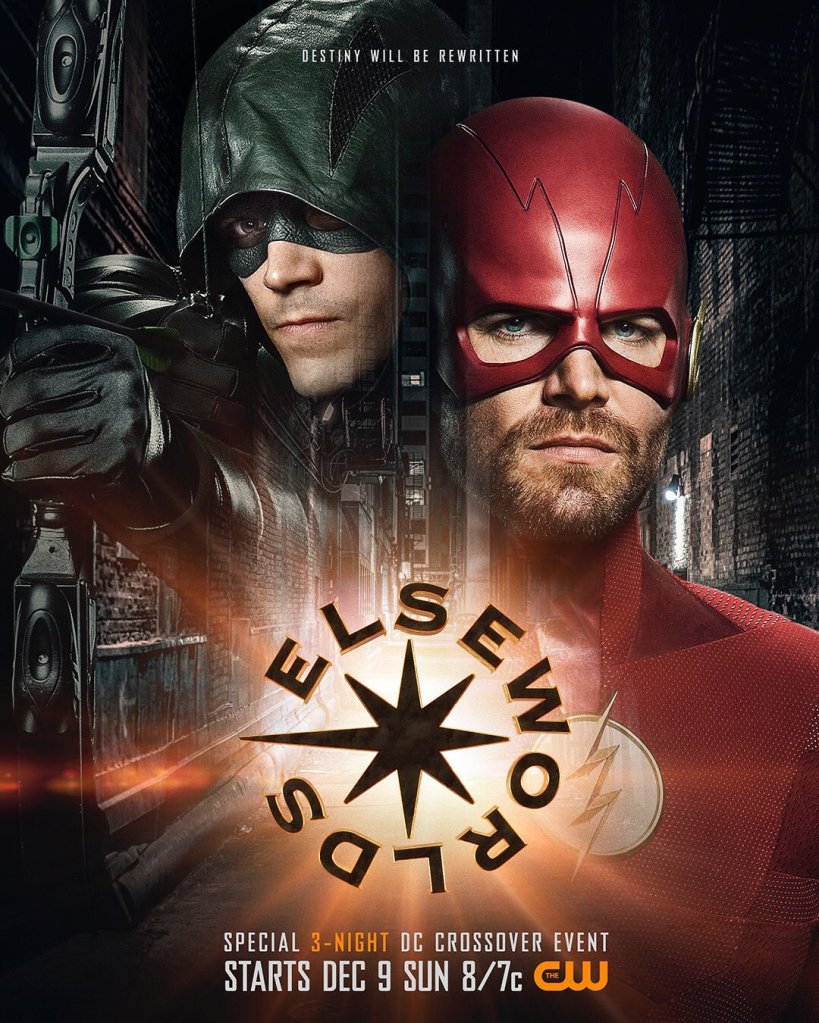 Sister series Legends of Tomorrow, meanwhile, is serving up a “crossover” episode of its own that week, not one to be left out of the fun.