We now have a name to put to the Arrowverse‘s 2018 crossover event, which will unfold across three nights and shows this December.

The CW on Wednesday announced “Elseworlds” as the title, adding: “Chaos is coming.”

“Elseworlds” is thus the successor to 2016’s “Invasion!” and last year’s “Crisis on Earth-X.” In DC Comics parlance, “Elseworlds” among other things was a special imprint established to feature stories separate from DC continuity (for example when a Victorian era Batman hunted Jack the Ripper). What might that mean for the surprising involvement of Green Arrow, The Flash and Supergirl in Gotham City vigilante Batwoman’s business…?

Update: Additionally, TVLine has learned that LaMonica Garrett (Designated Survivor) will appear in the crossover as Mar Novu aka The Monitor, “an extraterrestrial being of infinite power.” Little is known about the “prominent role” the Monitor will play in the crossover, but given the character’s importance in DC Comics lore — Monitors are charged with observing the Multiverse, occasionally intervening in times of crisis — the possibilities are virtually endless. 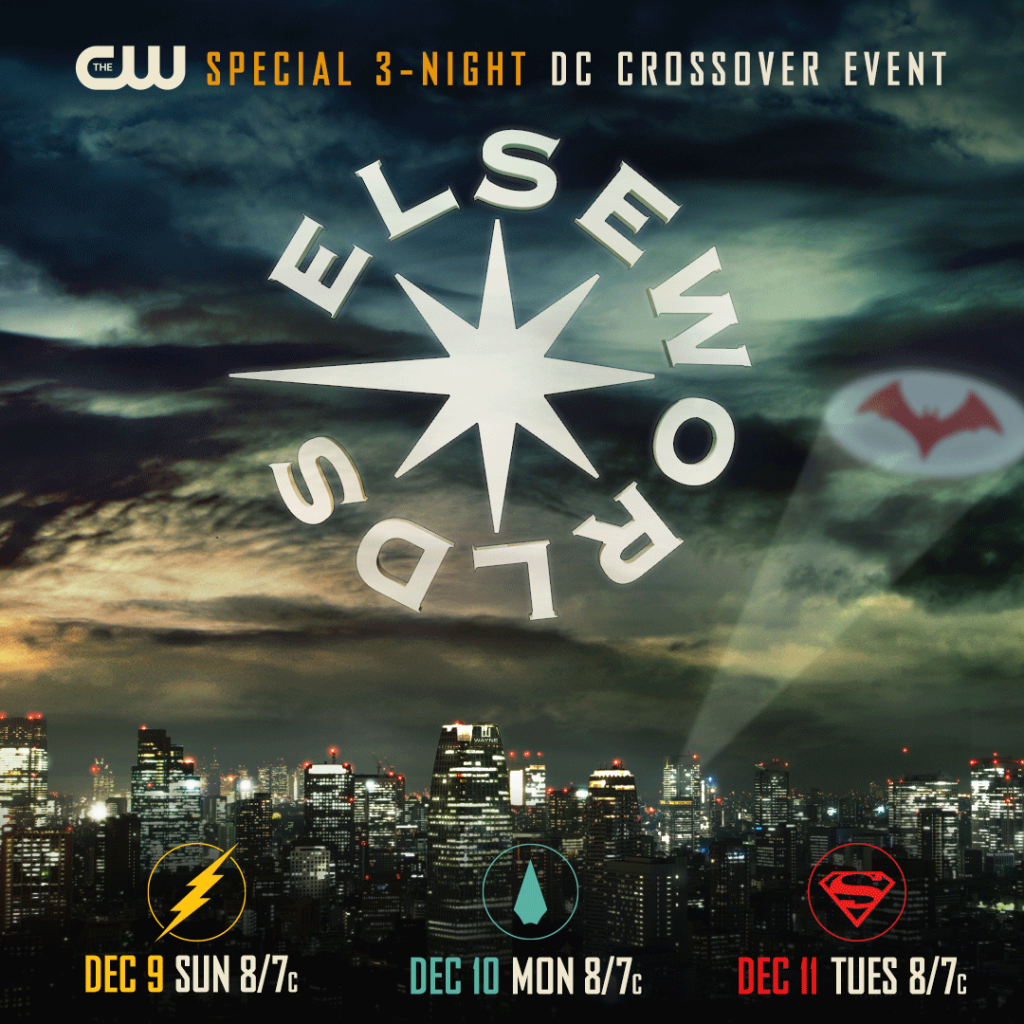