Orange Is the New Black‘s Ruby Rose has been sentenced to life in the superhero history books. The Australian actress has landed the coveted, titular role in Batwoman, which The CW is developing as a standalone series. The character will make her first appearance in the network’s three-way, Legends-less Arrowverse crossover event, set to air in December. 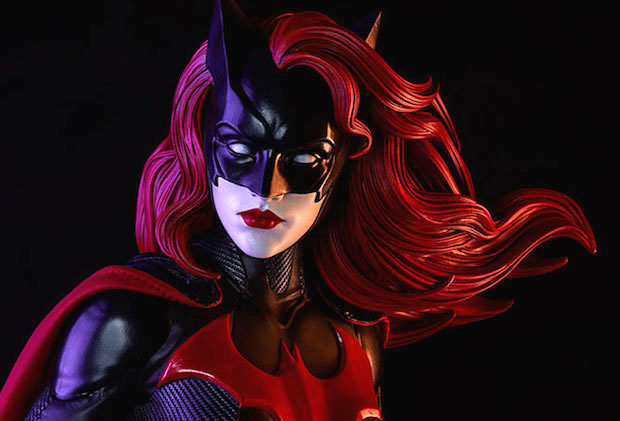 Slated for a potential 2019 premiere, Batwoman would follow the adventures of Kate Kane — the second incarnation of the Batwoman character in DC Comics lore, introduced in 2006 — who is described as “an out lesbian and highly trained street fighter.”

As TVLine reported, producers were seeking an out lesbian actress to play the role, and they succeeded; Rose came out as a lesbian at the age of 12.

The offshoot — which at this point has a script development deal — is set up at Berlanti Productions in association with Warner Bros. Television. The Vampire Diaries‘ Caroline Dries, also an out lesbian, will pen the script.

Here’s the official Batwoman logline: “Armed with a passion for social justice and a flair for speaking her mind, Kate Kane soars onto the streets of Gotham as Batwoman, an out lesbian and highly trained street fighter primed to snuff out the failing city’s criminal resurgence. But don’t call her a hero yet. In a city desperate for a savior, Kate must overcome her own demons before embracing the call to be Gotham’s symbol of hope. Based on the characters from DC.”

Thoughts? Were you one of the many prescient armchair casting directors who predicted Rose’s hiring? Sound off below!