We might as well just cancel Halloween this year, because no costume reveal will possibly top this one. The CW on Tuesday unveiled a dramatic first look at Ruby Rose, who will debut as Batwoman (aka Kate Kane) during this year’s Arrowverse crossover event in December.

In this iteration, Batwoman’s civilian persona is Kate Kane, “an out lesbian and trained street fighter primed to snuff out [Gotham City’s] criminal resurgence. But don’t call her a hero yet. In a city desperate for a savior, Kate must overcome her own demons before embracing the call to be Gotham’s symbol of hope.”

This year’s three-part, Legends-less crossover begins with The Flash (Sunday, Dec. 9 at 8/7c), continues with Arrow (Monday, Dec. 10 at 8/7c) and concludes with Supergirl (Tuesday, Dec. 11 at 8/7c). A Batwoman spinoff series, potentially premiering in 2019, is already in development at The CW. Caroline Dries (The Vampire Diaries) is writing the project, executive-producing alongside Greg Berlanti, Sarah Schechter and Geoff Johns.

“Growing up watching TV, I never saw somebody that I identified with, let alone a superhero,” Rose told Jimmy Fallon during an August appearance on The Tonight Show, acknowledging that her casting — as well as the introduction of the character — is a true “game changer.”

Check out the full shot of Rose as Batwoman below, then drop a comment with your review of the Arrowverse’s latest vigilante. (And grade it!) 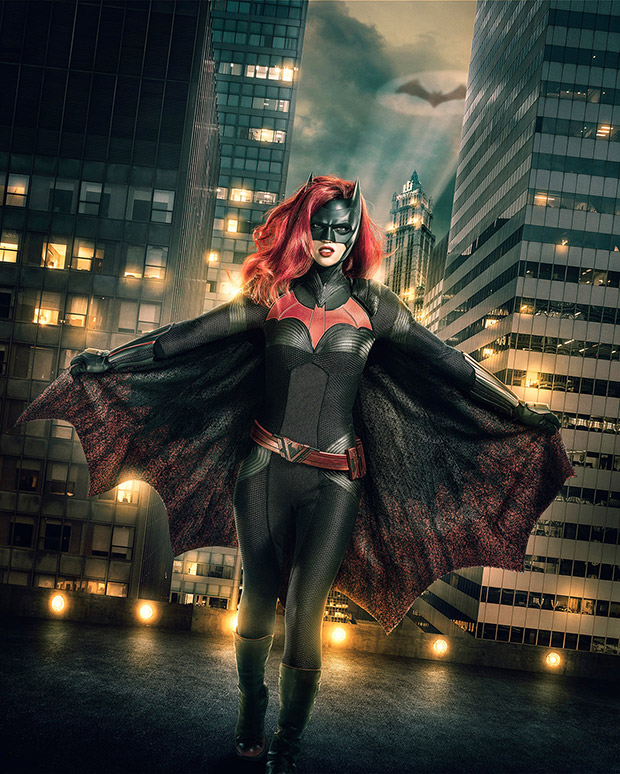