We’ve got questions, and you’ve (maybe) got answers! With another week of TV gone by, we’re lobbing queries left and right about shows including The Haunting of Bly Manor, The Bachelorette, Days of Our Lives and The Amazing Race!

1 | In the Haunting of Bly Manor finale (SPOILER ALERT!), how was Dani able to leave the Bly grounds while Viola was possessing her, when Rebecca was unable to do the same while possessed by Peter Quint? And how early (or late) in the season’s run did you correctly guess that the narrator was actually this character?

2 | In Room 104‘s existential series finale, do you think Keir received the white lilies or the daffodils? Or does it not even matter? 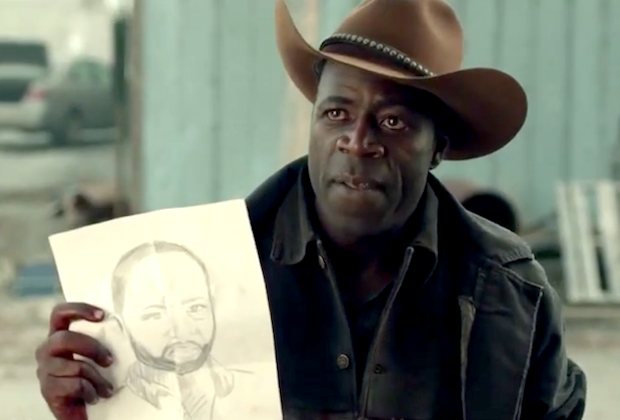 3 | How, exactly, did Fear the Walking Dead‘s Virginia get to her bounty hunter a drawing of Morgan? Did she describe him over the radio and hope that Emile was a decent sketch artist?

4 | How, exactly, did The Walking Dead: World Beyond‘s teen protagonists spend a night breathing in the Blaze of Gory’s toxic fumes without constantly coughing and wheezing, thereby attracting enough empties to fill a stadium?

5 | Did Lovecraft Country quietly relocate the observatory with the time travel gizmo from Kansas (where Hippolyta seemed to be heading in Episode 7) to Kentucky (as denoted by the chyrons in Episode 9)?

6 | As fascinating as The Vow is, could the HBO docuseries have been 50 percent shorter and still been great?

7 | If Fargo‘s Cannon gang could just simply drive through the ring of fire they used to trap the Italians’ truck, why didn’t the Italians do that first to escape?

8 | Is American Ninja Warrior‘s Corkscrew one of the more visually entertaining new obstacles in a while? 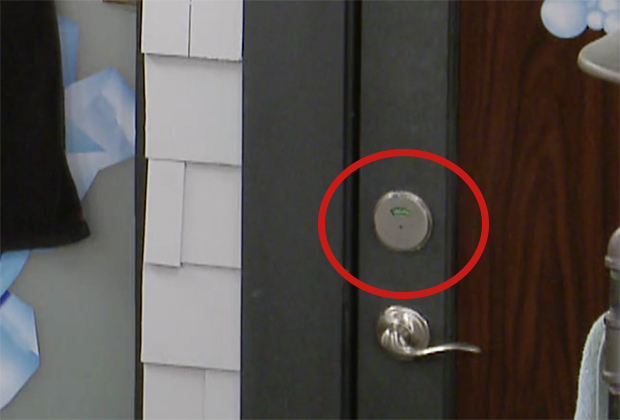 9 | We always get a chuckle out of watching Big Brother‘s Christmas accidentally walk in on Enzo’s bathroom breaks, but we have to wonder: Why is Enzo leaving the lock on the green “Vacant” position when he’s in there? Also, is the show that desperate for filler that Enzo making tea actually got airtime?

10 | On Dancing With the Stars, didn’t Justina Machado’s Flashdance homage — in which she got water dumped on her at the end of the routine — actually look quite painful?

11 | Did you have to laugh when that one Emergency Call caller put the 911 operator on hold so that she could place a drive-thru fast food order? Also, is this show surprisingly compelling given its very limited options for visuals (e.g. watching police close in via an animated map)?

12 | On The Third Day, the sky sure brightened up a lot in the less-than-10 minutes it took Helen to drive to the causeway, eh? 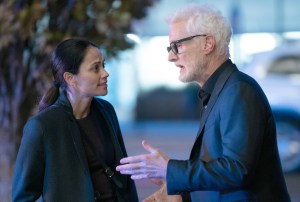 13 | Does anyone suspect that NEXT is behind Paul LeBlanc’s brain disorder diagnosis? That the A.I. corrupted any diagnostics, as well as his prescription in a way that creates symptoms? Also, how did Shea get a burner to CM so quickly (and with a note from her) if she and Paul were on the road?

14 | Were you surprised that The Bachelorette so clearly (or at least apparently) telegraphed this season’s winner right out of the gate? Or do you think it’s all just a head fake? And has there ever been more pointless drama on this show than the Yossef/Tyler C. “feud”?

15 | As many a reader noted, is Kamp Koral: SpongeBob’s Under Years retconning the title character’s introduction to Sandy, which as far as we know took place in the original series’ pilot? 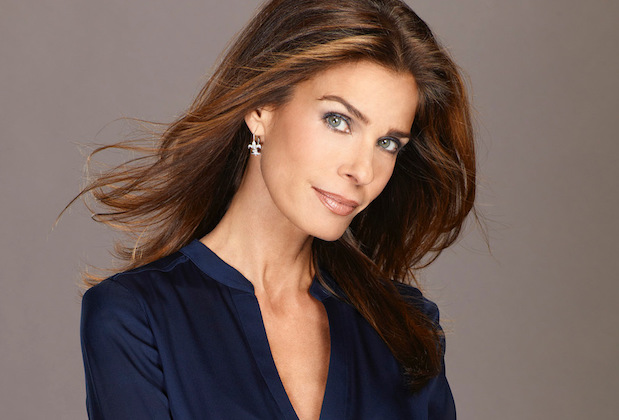 16 | Despite the courtesy heads-up departing Days of Our Lives star Kristian Alfonso gave fans about her anticlimactic swan song, did Hope’s lackluster final episode exceed all of your already low expectations?

17 | Out of the many teams that struggled with the steel drum Road Block on The Amazing Race, were you half-expecting former NFL stars DeAngelo and Gary to be the first ones eliminated? Also, which teams are you already rooting for?

18 | Given the nonsensical nature of The Masked Singer‘s clue packages, don’t they work far better as animated clips than they ever did as live-action ones?

20 | Was the Billboard Music Awards wise to do without an audience, even a virtual one? Or did all that silence make things awkward? 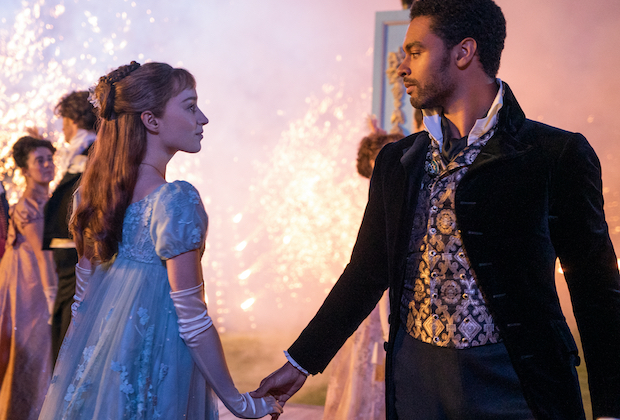 21 | Did the lush, period photos from Shondaland’s first Netflix series, Bridgerton, only make you miss Shondaland’s Still Star-Crossed all over again?

22 | Couldn’t NBC — after being met with such backlash — have compromised and not aired Trump’s town hall on MSNBC and its other platforms? (Since “bigger audience” bragging rights is all he was after?) And when all was said and done, did Savannah Guthrie save castigated NBC’s bacon a bit by steering clear of anything that could be considered a softball discussion? Lastly, what are the chances Allison Janney pops up on SNL to play the undecided voter who complimented Trump’s smile?

23 | On Supernatural, was Steve Bacic, the actor playing the pastor, too recognizable as Dr. Sexy from the fan favorite episode “Changing Channels” to be playing a new character?

24 | Did HBO Max’s West Wing special delight you with the smaller cameos — we won’t spoil any here — by returning recurring cast members? Also, should there have been some sort of a “Previously On” to offer context that Bartlet and Toby had just had an epic quarrel over campaign strategy?

25 | Should fans of This Is Us‘ Kate/Chrissy Metz be at all worried that her storyline isn’t touched on at all in Season 5’s first two teasers/trailers?

26 | In Helstrom Episode 2, wouldn’t most people have called 911 after coming across a hit-and-run victim, rather than loading the bleeding person into their car and driving them to the hospital themselves?

27 | Since Succession‘s Kieran Culkin (for Volkswagen), Brian Cox (McDonald’s) and Alan Ruck (LiftMaster) are all in commercials right now, can someone just stitch them together and make an episode for us, please?