SpongeBob SquarePants gets small in a first look at a new series that envisions the character as a 10-year-old.

Nickelodeon on Wednesday released a first photo from the animated series Kamp Koral: SpongeBob’s Under Years, which follows 10-year-old SpongeBob SquarePants and his pals “as they spend their summer building underwater campfires, catching wild jellyfish, and swimming in Lake Yuckymuck at the craziest camp in the kelp forest, Kamp Koral.”

Produced by Nickelodeon Animation Studio, the 13-episode series will debut in 2021 on Paramount+ (current known as CBS All Access) streaming service, and then air on Nickelodeon itself later in the year.

In Kamp Koral: SpongeBob’s Under Years — the first original spinoff of Nickelodeon’s iconic SpongeBob SquarePants — SpongeBob meets Patrick, Sandy, Squidward, Plankton and Mr. Krabs, and the new friends “embark on all the joys of camp, including hunting for treasure, slaplining and more.” 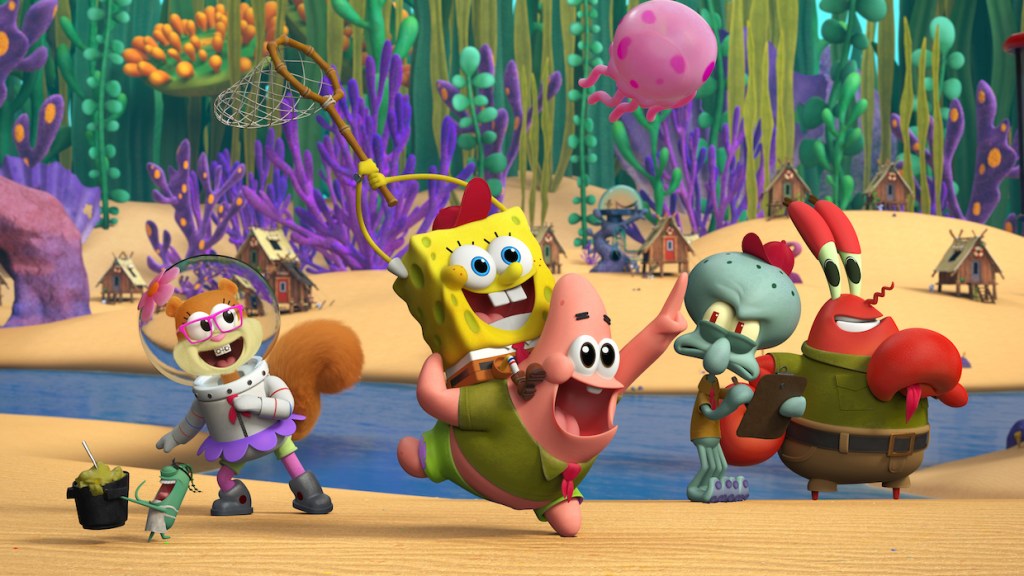