We’ve got questions, and you’ve (maybe) got answers! With another week of TV gone by, we’re lobbing queries left and right about shows including Lovecraft Country, The Real Housewives of Beverly Hills, Big Brother and Lucifer! But first, a special Democratic National Convention section:

1 | Can the DNC from now on always do its Roll Call using video clips of representatives standing in their picturesque states (and sometimes brandishing yummy calamari)?

2 | As Thursday’s DNC moderator, were Julia Louis-Dreyfus’ series of zingers a welcome bit of on-brand levity at the end of a long, very-serious week… or were they sometimes jarring?

3 | What’s the point of The Daily Show With Trevor Noah expanding to five nights for the DNC and the RNC if it isn’t airing live? Who needs a recap of the previous night’s convention coverage? 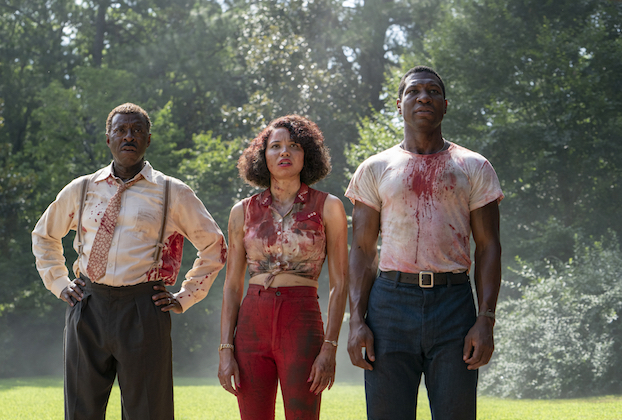 4 | On Lovecraft Country, hadn’t so many hours passed between the monsters’ attack and the trio’s arrival at the house that the blood spattered all over Atticus, Leti and George would have dried to a crusty black — or at least a rusty brown — instead of the vibrant red we saw?

5 | Wynonna Earp‘s Sheriff Holt and “Cocaine” Cleo are brother and sister Clantons? But in Episode 2, didn’t they… you know… in his office?

6 | On The Chi, where is Papa’s mother? And you all read between the lines of that skeevy conversation Papa’s dad had with Douda, right?

7 | After countless shows have delayed production due to the coronavirus, were you surprised to learn that Dancing With the Stars will return right on schedule? (And in less than a month!)

8 | Is Netflix’s “Shuffle” button but their latest move to keep us from simply finding what we want and then watching it? 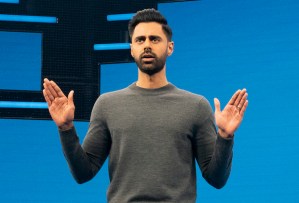 9 | Following the cancellations of Chelsea, The Break With Michelle Wolf, The Joel McHale Show and, now, Patriot Act With Hasan Minhaj, should Netflix just go ahead and bail on the variety/talk space entirely?

10 | What’s more shocking, that the star of Adult Swim’s Squidbillies was fired over offensive social media posts — or that Squidbillies has been on for 12 seasons?!

11 | Is The Fugitive‘s Pritti one of this year’s most annoying and self-entitled TV characters? How satisfying was it to see her finally get fired and cut down to size by her boss, Jerry?

12 | As excited as we are to (potentially) have Sarah Hyland back on our screens, how many of you groaned at the project’s trope-y description of Hyland’s “impulsive, faux-enlightened millennial” character? 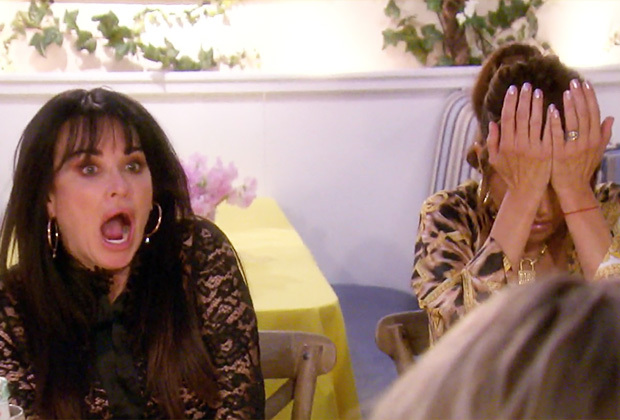 On The Real Housewives of Beverly Hills, what specific bleeped-out word from Brandi Glanville’s retelling of her sexual encounter with Denise Richards could have elicited these haunting reactions from Kyle Richards and Lisa Rinna?

14 | Now that Comedy Central has un-renewed both Drunk History and Tosh.0 — and sent two more of its shows over to HBO Max — how long do you think it will be until Awkwafina Is Nora From Queens also finds a new home?

15 | For those watching the Big Brother live feeds, it’s only been two-ish weeks, but are you already tired of the new-school players crying all the time? Wasn’t Memphis’ nomination ceremony speech just a wee bit harsh? And as some TVLine commenters have pointed out, why does each evictee have to wear a mask for their post-game interview, but host Julie Chen Moonves doesn’t? 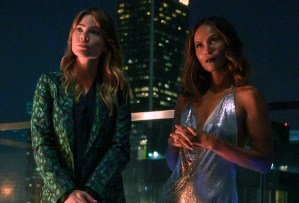 16 | In Lucifer‘s Season 5 premiere, did you love how he found a way to sorta help Chloe solve a case whilst still lording over Hell? (And do you wish we got a bit more of this crimesolving couple at right?) Also, now that you have actually seen Episode 1: Did the trailer spoil for you/taint the Deckerstar “reunion”?

17 | After Little Voice‘s Louie and his friends tackled Hamilton at the end of the finale, aren’t you kind of hoping they’ll perform pieces from other musicals during the credits of future episodes?

18 | If you only recently got around to bingeing Apple TV+’s LGBTQ docu-series Visible: Out on Television, did you squirm every time one of the talking heads spoke adoringly and effusively of the currently-embattled Ellen DeGeneres?