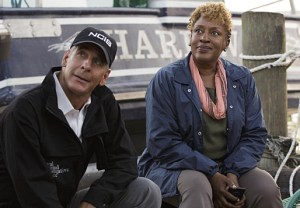 CBS may have a big, easy hit on its hands, as NCIS: New Orleans this Tuesday night premiered to 17.2 million total viewers (per finals), up 5 percent from what NCIS: LA did a year ago.

In the demo, however, New Orleans (with a 2.5 rating) was down 17 percent from LA‘s most recent premiere. TVLine readers gave it an average grade of “B-.”

RELATED Read Our Recaps for NCIS, NCIS: New Orleans and Person of Interest

NBC | The Voice (13.2 mil/4.1) ticked up two tenths from Monday’s opener (to its best Tuesday rating since October), while an incendiary Chicago Fire (9.1 mil/2.6 per finals, average grade “B+”) was off a tenth from its previous premiere yet drew its second-best numbers ever.

RELATED Read Our Recaps for The Voice and Chicago Fire

RELATED The Mindy Project Recap: The Ma, the Myth, the Legend