We’ve got questions, and you’ve (maybe) got answers! With another week of TV gone by, we’re lobbing queries left and right about dozens of shows including Midnight Mass, La Brea, Stargirl and Grey’s Anatomy!

1 | On Midnight Mass, how was Monsignor Pruitt instantly so sure that the “angel” — which looked a heck of a lot more like a demon to us — was a force for good? Why, when Riley burst into flame, didn’t the wooden rowboat in which he and Erin were sitting also catch fire? And did Riley’s incredibly specific and eerily plausible theory about what happens when human beings die creep you out, or comfort you?

2 | Given that Fallon has spent most of Dynasty‘s fourth season trying to fix her and Liam’s marriage, didn’t her decision to sleep with Colin feel wildly out of character? (And maybe even a bit lazy?)

3 | Did Sunday’s Evil kinda make you want a root beer? And how spot-on was the use of Andrew Bird’s song “Fake Palindromes” in the opening montage? 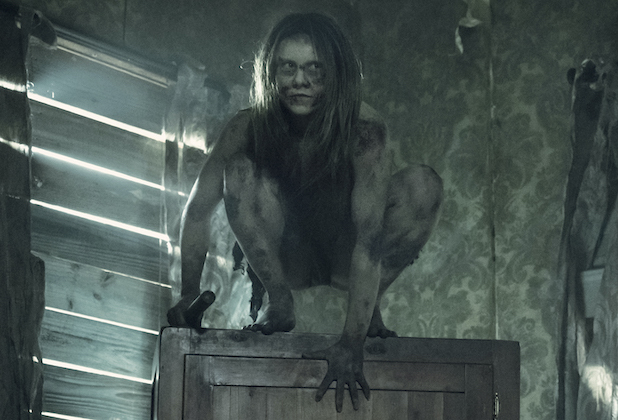 4 | As feral and far gone as Connie and Virgil’s attackers were on The Walking Dead, why did they bother to still wear undies?

5 | Did anyone buy that Animal Kingdom‘s Deran would tell bartender Tommy what really went down with Adrian? And does anyone not assume that Tommy is an undercover cop, fed, DEA… something?

6 | Were you disappointed that BMF didn’t hire a Detroit rapper such as Big Sean or Kash Doll to contribute to the drama’s theme song, instead of going with EP 50 Cent? 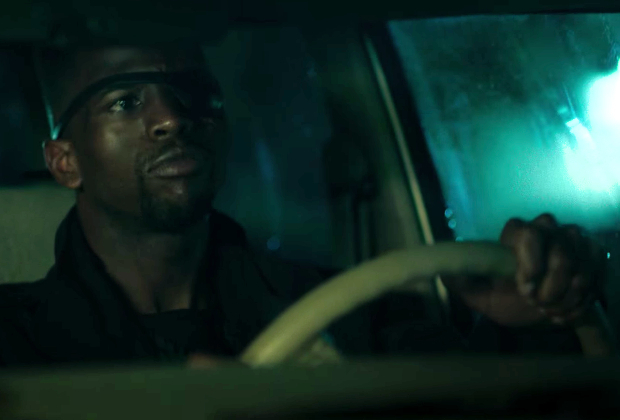 7 | Is Power Book III trying to turn Ade Chike Torbert’s Scrappy into Nick Fury intentionally, or is it a happy accident? (The eye patch is even on the same side!)

8 | On The Rookie, why would [Spoiler]’s killer have been left behind in Los Angeles (to very possibly be found), instead of traveled with the others to Guatemala? And what if Wes hadn’t been taken somewhere where a helicopter could easily land nearby?

10 | Didn’t you always suspect that when Beck Bennett left SNL, frequent scene partner Kyle Mooney would go with him? 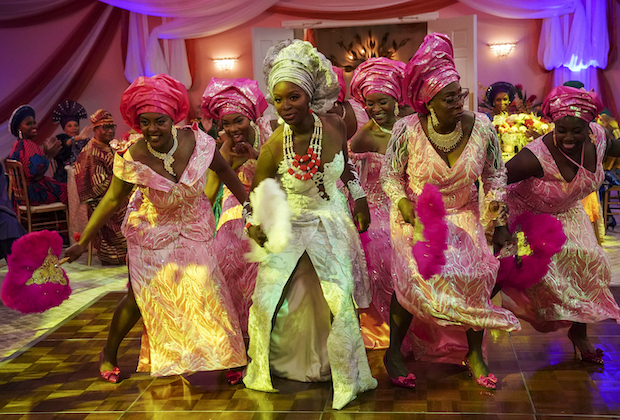 12 | Did The Neighborhood‘s cartoonish foot chase sequence feel out of place in an otherwise dramatic storyline involving Victor’s addiction?

13 | If NCIS‘ Gibbs is “playing dead,” isn’t it risky for him to be at outdoor crime scenes, chasing POIs and interviewing neighbors who quite possibly just saw breaking news reports about him?

15 | Was Only Murders in the Building‘s “silent” episode even more clever than Evil‘s recent trip to the monastery? 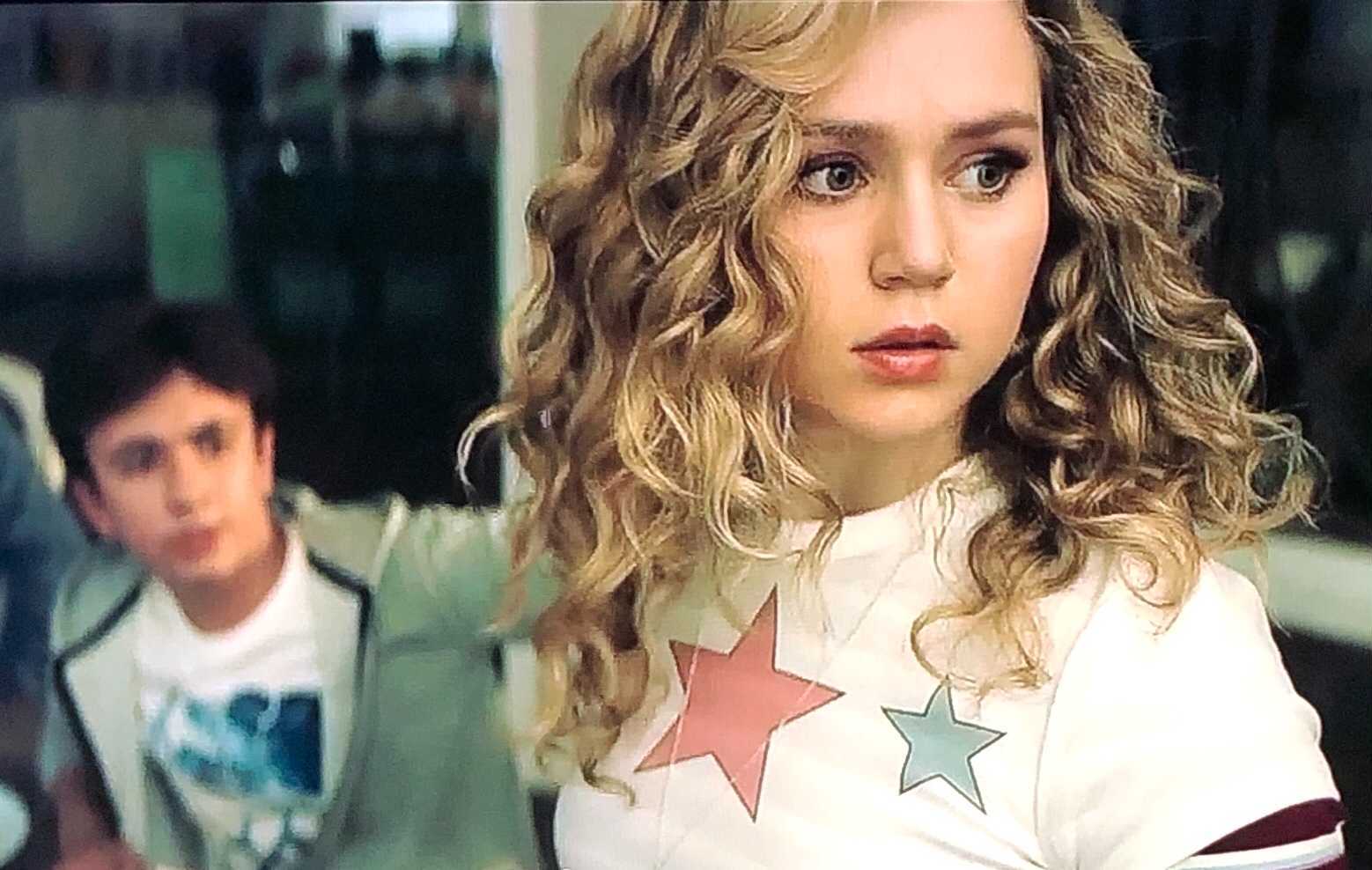 Hey, Stargirl! Just in case somebody in town does not yet know your true identity, maybe this sweater is a bit on the nose?

17 | Is La Brea‘s Sam going to tell us where he found those cases of bottled water? Didn’t it sure seem like Eve and Josh had zero chance of outrunning that wolf? And is your gut telling you that what’s going on topside will be even more, um, “implausible” than the primeval, underground world?

18 | Do you find Floyd and Lyn’s relationship status on New Amsterdam to be confusing? They act like they’re in a real relationship, but then they’re sneaking around behind her husband’s back (even though Lyn presumably has an understanding with her husband).

20 | Knowing who its Big Bad was ultimately going to be, did What If…? at least try to get the actor from the movies to reprise that (very memorable) voice?

21 | If The Conners‘ latest episode picked up the morning after the events of the live premiere, why was the family celebrating Mark’s first day of magnet school? Wasn’t he already working on a class project when he called all those distant relatives?

22 | Did Survivor‘s Yase tribe make the right call at tribal council? Was it smart of Evvie to give Deshawn that much information (and an extra vote!)? And lastly, would you have accepted the Beware advantage or left it behind for someone else to grab?

23 | Considering most of what Derek F. said in Big Brother‘s final weeks (plus his plea to the jury), is it safe to say he’s one of the show’s most delusional houseguests ever? And isn’t it a little surprising that the show is allowing host Julie Chen Moonves to be so open about her religious convictions?

24 | Did it ring inconceivable to anyone else that Station 19‘s Sullivan would let Andy divorce him rather than blurt out, “But wait, I did just literally own up to my mistake and apologize to everyone”? 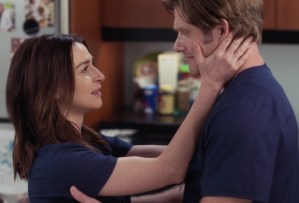 25 | Grey’s Anatomy fans, had you given up hope on [Spoiler] ever returning to the series, only to be completely blindsided by this week’s premiere? And wouldn’t you think that as much as Amelia and Link love each other, one or the other would have said, “OK, we can carry on with our life together your way” instead of break up?

26 | Law & Order: Organized Crime SPOILER ALERT: Putting aside for a moment the question of why ‘s Det. Stabler ever would have agreed to let his wife write the letter to Olivia, can we now give Kathy Stabler some posthumous props? That woman’s long game was strong.

27 | How is the newly renewed/revamped Raven’s Home going to explain Raven Baxter only taking one of her children (who are twins, by the way) with her when she moves back to San Francisco? More importantly, who do we write to convince Disney Channel that dropping Anneliese van der Pol (aka Chelsea) is a huuuuuge mistake?

28 | What are the chances that Ted Lasso has manufactured all this Roy/Keeley drama to throw us off the scent of a marriage proposal in the Oct. 8 finale? As for Nate’s new suit, it’s totally going to factor into whatever he and Rupert have up their collective sleeve, right? Perhaps it’ll be worn at a press conference announcing that Nate will leave AFC Richmond to coach a competing club — the very same club acquired by billionaire Edwin?