We’ve got questions, and you’ve (maybe) got answers! With another week of TV gone by, we’re lobbing queries left and right about dozens of shows including Batwoman, Cruel Summer, The Handmaid’s Tale and Elite!

1 | In the Lupin Part 2 finale, did you expect someone to fall from the rafters onto the stage? And were you hoping for a moment between Assane and Juliette after he exposed her father’s crimes? Or are they saving that for Part 3? 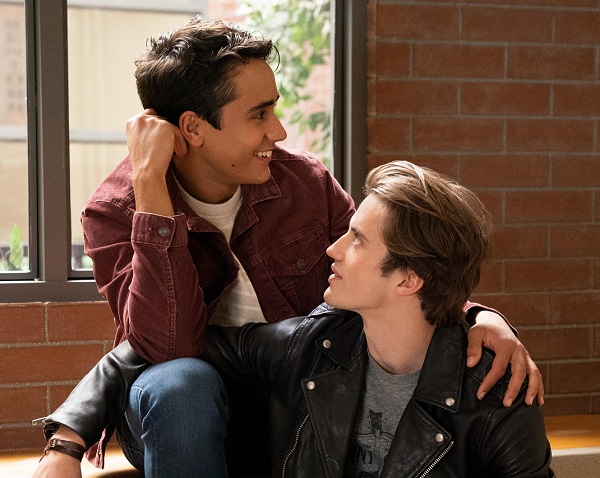 For a show that streams on Hulu — owned by Disney, which also owns Marvel Entertainment — didn’t Love, Victor‘s second season make a surprising number of digs at the Avengers movies? And is Benji’s hair so nice that it’s actually distracting?

4 | How did the Legends of Tomorrow time travel to New York 1956 without the Waverider? 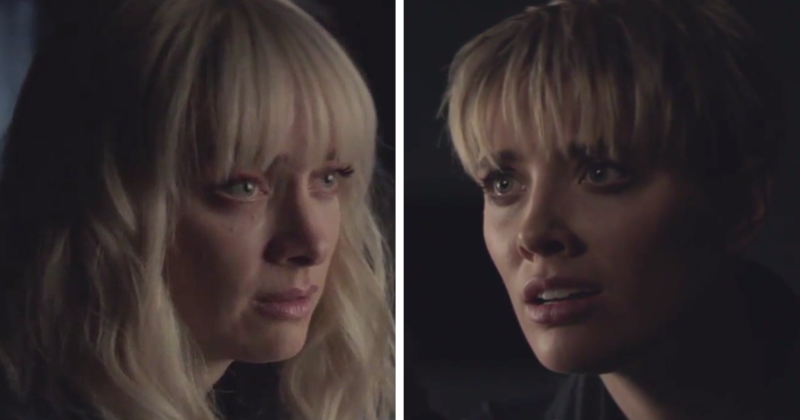 5 | Is it kinda crazy (yet oddly perfect) that Batwoman‘s “Circe” looks a lot more like twin sister Beth than Kate originally did? Also, who caught the hint of the Arrow theme when Diggle broke up the alley fight?

6 | Did Fear the Walking Dead really just let characters survive a nuclear blast by… hiding underneath a truck?!? And if atomic bombs are that easy to withstand, why did Alicia have to sit out the season finale in an underground bunker? 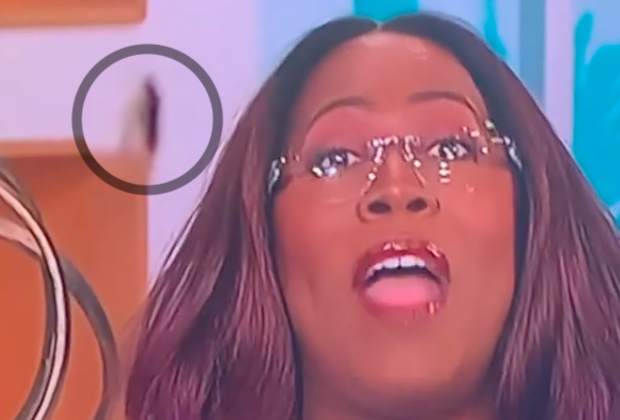 Did anyone catch the surprise guest on Monday’s The Talk? Luckily Sheryl Underwood didn’t! (h/t to TVLine reader/roach expert @JohnCoulterDesigns for spotting the little bugger)

8 | Who else was surprised to learn that Republic of Sarah lead Stella Baker is onetime Mentalist Simon Baker’s daughter?

9 | How many seasons in a row have we heard The Bachelorette give the same teary “If you’re not here for me, get out” speech to her men? Is anyone keeping track? And how weird is it hearing a non-Chris Harrison voice do the narration? 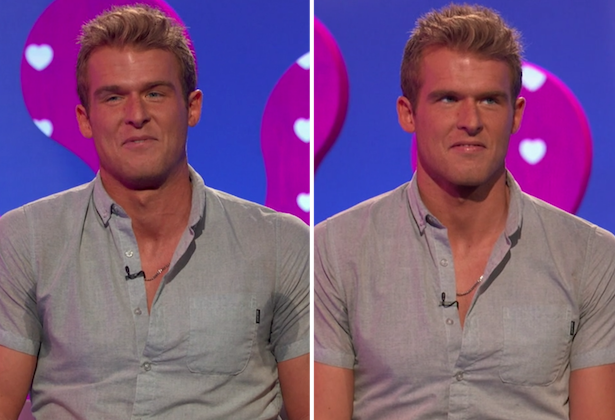 What happened to this Celebrity Dating Game bachelor’s profound pit stains, which magically vanished between rounds?

11 | As Conan kicked off his final two weeks of shows, what were you most happy to see: a live studio audience at Largo, or the return of Jimmy Vivino and the Basic Cable Band Four?

12 | We get that Joe was away in North Dakota, but did Team Flash not so much as text him that Cecile had been possessed by an ancient evil? Meanwhile, TVLine reader Chuck asked via Twitter: “Why does the Central City Museum have a state-of-the-art security system, but S.T.A.R. Labs just seems to have an open door to their most hidden vault?”

13 | On Superman & Lois, wouldn’t all of the “eradicated” people have plummeted miles to the ground, with a splat, after Superman took their powers away mid-flight?

14 | Would you prefer that Cruel Summer Season 2 feature an all-new cast/story, the same cast playing different characters, or a continuation of Season 1’s story? 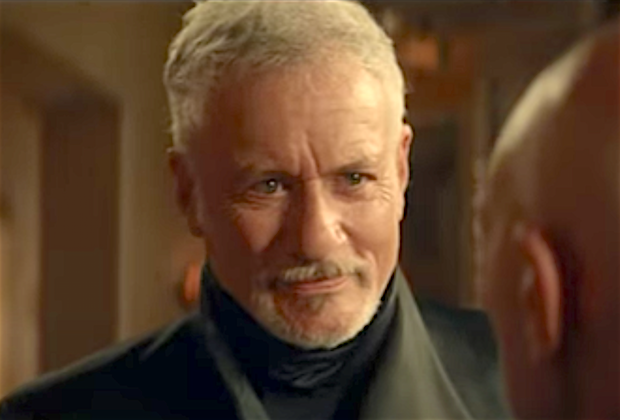 About that Star Trek: Picard teaser: So even shapeshifting trickster gods can age and get gray hair, huh?

16 | Assuming Loki eventually introduces us to the Time-Keepers, which A-list actors do you think might show up as that mysterious trio?

17 | HANDMAID’S TALE SEASON FINALE SPOILERS AHEAD!: While it makes perfect sense that Serena’s packages would be screened by guards while she’s in custody, did anyone else want to see her reaction to Fred’s dismembered finger and wedding ring?

18 | How heart-wrenching was it to watch Dave try to record an impromptu Auto-Tune duet with a new girl, like he did with Ally last season, only to fail miserably? 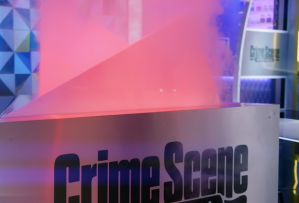 20 | Perhaps we just have context that The Blacklist‘s Liz doesn’t, but couldn’t she have at least ventured an outlandish guess about Reddington’s real identity, after hearing the entire story of her childhood and Katarina’s plan to “construct” a fake Red? Weren’t there enough hints dropped for her to start piecing it together?

21 | Is there no one on The Bold Type more senior than Jane who can be interim editor in chief? And were you relieved that someone finally brought up Sutton’s drinking? But did you find it odd that substance abuse was addressed during an episode in which Sutton, Kat and Jane all microdosed on shrooms? 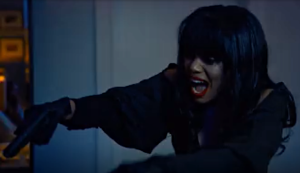 22 | Is swapping rubber bullets into a regular gun the simple option Tyler Perry’s Sistas wants us to believe it is? And if Jasmine’s gun had been secretly loaded with rubber bullets, wouldn’t she notice that it wasn’t as heavy?

23 | After watching the first three episodes of Generation‘s second half, do you think Chester’s relationship with Bo will last? And let’s take a vote: Will Greta and Riley happen before the end of the season? And we asked Chase Sui Wonders, but what do you think is the better ‘ship name: Griley or Rileta?

24 | Did The Hustler make your head hurt anew when the prospect of a perfect score introduced a brand-new aspect of identity-concealing strategy?

25 | Even though Lisey’s Story‘s June 18 episode wasn’t particularly graphic, how brutal was [Spoiler]’s attack on Lisey? (Will you ever look at a pizza cutter the same way again?) 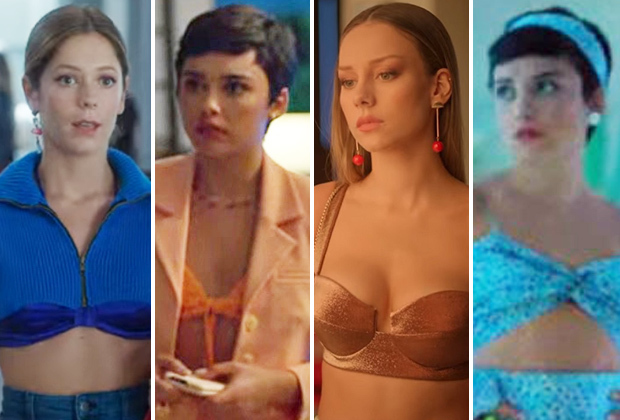 After watching the first few episodes of Elite Season 4 and the short stories, we have to ask: Are bra/swimsuit-like tops a hot fashion trend in Spain that we should be preparing ourselves for here in the U.S.? Can someone explain to us how Cayetana keeps landing all this rich, eligible bachelors? And as great as it was to see Nadia and Carla back for the short stories, did you find yourself really missing Lu?