Warning: The following contains major spoilers for Cruel Summer‘s Season 1 finale. Proceed at your own risk!

The truth was finally revealed during Cruel Summer‘s season finale, but not without one final surprise twist.

During a face-to-face chat inside Martin’s home, Jeanette and Kate came to the realization that it was actually Mallory whom Kate thought had seen her. Mallory had witnessed Jeanette breaking into Martin’s home and spotted a blonde in the window, but since she never saw the mystery woman’s face, Mallory assumed it was Martin’s girlfriend or sister. Then when Kate was rescued, Mallory realized the truth, but chose to protect Kate, who forgave Mallory for keeping such a big secret after they became friends. Then Kate later planted a kiss on Mallory as they danced in the street.

As for the mystery of Annabelle, that was the name of Martin’s gun, which he almost killed himself with. When he instead dropped it on the ground in the basement, Kate picked it up and shot Martin, sitting with him all night before calling the police the next day.

So it would appear that Jeanette was being honest… about not having seen Kate while she was being held captive. A chilling final scene revealed that she did, however, hear Kate begging for help from behind the basement door when she broke into the house again in 1994!

Below, showrunner Tia Napolitano breaks down that shocking ending, Kate and Mallory’s potential romance, and Kate and Martin’s final face-off. Plus, Napolitano hints at whether the recently renewed series will start a new story in Season 2. 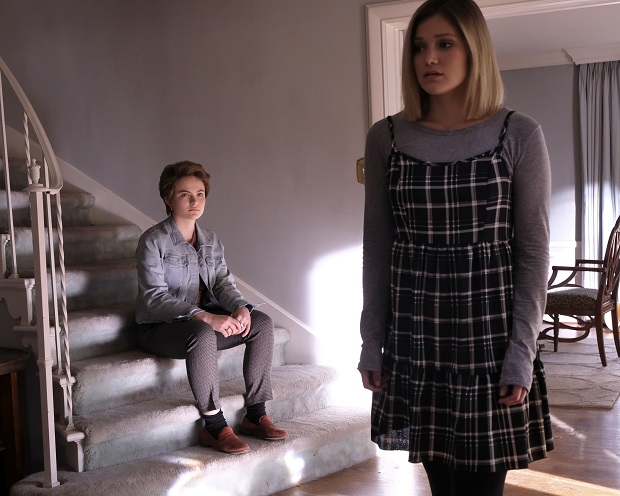 TVLINE | What was the thinking behind that twist ending and undoing the idea that, up until that point in the finale, we’re led to believe that Jeanette really didn’t see Kate, and she was telling the truth?
That final moment was something that we worked towards in the development process. We wanted when the truth was fully revealed in the finale for it to be the most interesting ending possible, and we worked on a bunch of pitches, and that was the one that made everyone scream when they heard it. So we thought that was the sweet spot, that’s it.

TVLINE | What does it say about Jeanette as a person that she was capable of doing that, and that she has been keeping that secret and is now leading everyone to believe that she is a wronged woman?
It makes me feel bad for Jeanette that she has a secret like that… She was led to believe [in] popularity and happiness and that she should strive for that, no matter what. She really took that “no matter what” to heart, and how she feels about that in moments when it’s just her looking in the mirror, I’m not sure. It makes me feel sad for her.

TVLINE | In that moment when she hears Kate calling for help, what do you imagine is going through Jeanette’s mind?
Risk and reward. She quickly does the math of what she has to gain, unfortunately, by Kate staying in the basement, and what she might have to lose in letting her out. 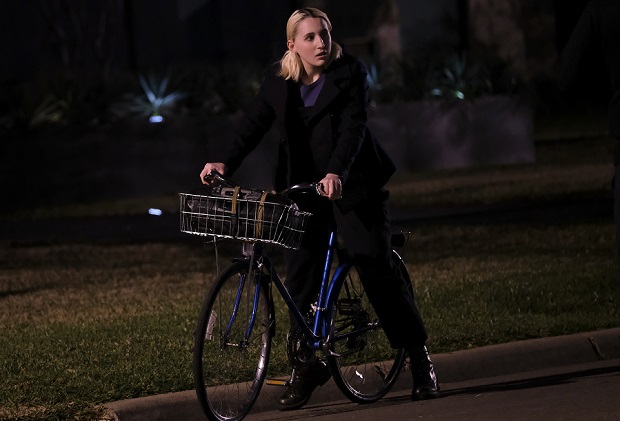 TVLINE | Leading into this episode, there were a lot of negative theories about Mallory and her involvement. But what we learned is that she was protecting Kate’s secret even before she became friends with Kate. That’s a pretty big thing to do. So what was motivating Mallory to protect Kate?
I hope by the end of [Episode] 10, people come full-circle on Mallory and love her. I love her. I think she is just that person who will do anything out of loyalty and goodness and protection. I think Mallory’s a very empathetic human. I don’t think she really has an evil bone in her body, and even though she used to dislike Kate before Kate’s trauma, I think revealing a secret of a person that’s been kidnapped and just went through something is a line that she won’t cross.

TVLINE | Kate is very quick to forgive Mallory, and after that moment where she kisses her, is it safe to say that Kate is in love with Mallory?
I think we’re seeing the beginning of something. They have this indescribable chemistry and connection. You meet a few people in your life, and when you meet them, you think, “Oh, I’m going to be in this person’s life forever,” and I think they are that to each other. We’re seeing a first kiss and a little exploration into, “Is this romance?”

TVLINE | There’s a very crucial and traumatizing scene with Kate and Martin in the basement. What was important for you to convey in that moment?
Yeah, that scene is so much. I wanted to see Kate save herself, I wanted to see Kate get a little bit of power. Also, the heartbreak that he made her like him and then made her fall in what she thinks is love with him, and all of that was inappropriate, and now she’s in a position where in order to escape, possibly she has to kill someone… It’s just a journey, and that scene is designed to make you feel all of it. And Martin, not to empathize with him, to see him vulnerable… That scream that Blake Lee lets out, it’s a scream that one human should never hear another human make. It’s primal, and it just punches you in the stomach. It’s just very human and deep.

TVLINE | We found out in that scene that the mysterious Annabelle is Martin’s gun. What theories did you see out there that were amusing to you, that were so far off-base?
My favorite theory is someone posted on Reddit thread a picture of me and said, “Photographic evidence of Annabelle.” That just tickled me, that somehow my face was Annabelle, and then they’re like, “What? Who is that?” “Oh, that’s the showrunner.”

TVLINE | You left things a little bit open-ended with Ben and Vince. What was the thinking behind that?
I think that’s the first step towards them getting back together, but any version of them getting back together felt too easy, and I really wanted to protect them, because Vince is so good… and I wanted him to stand up for himself. He wasn’t treated well. He deserves to say, “You’re going to have to work to get back into my life, Ben,” and I like that Ben, with his look, is saying, “I’m going to do that work to get you back.” So I thought that felt authentic and the right place to leave them.

TVLINE | Do you see the final scene with Jeanette as a jumping-off point for Season 2?
Season 2 is wide open. We’re literally just starting the work. But Season 1 was designed to be a complete story. That is the final puzzle piece to the mystery of Season 1, more so than, I would say, a cliffhanger. 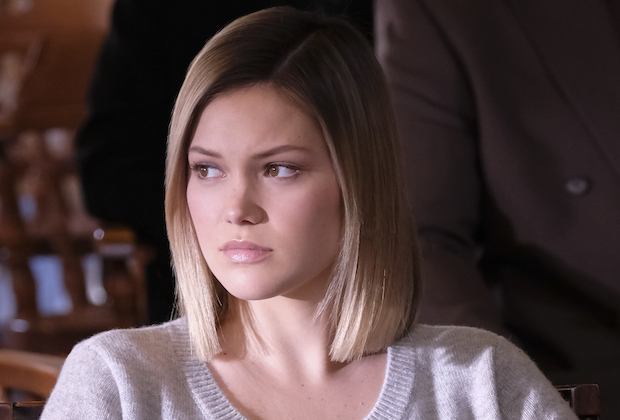 TVLINE | Do you envision continuing with these characters?
I don’t know. I know nothing of Season 2. We literally just got the word, and then went on vacation, so… [Laughs] I don’t know.

TVLINE | What was your favorite scene from the finale?
I love them all so much. I’ll tell you one of my favorite cinematic moments is Kate and Jeanette looking into the mirror in the basement together, that same mirror that Jeanette looked into in the pilot, and we go into the mirror as the audience, and they sort of look like the twins from The Shining. The cinematography and the acting and the tone of the show are all firing on all cylinders.

TVLINE | That’s another thing I saw a lot of theories about online was the mirror and how it might be a two-way mirror, and maybe somebody was behind the mirror and saw her.
I joined the show after the pilot was shot, and my initial instinct was that Jeanette saw something in the mirror that we didn’t know. But the deeper you get into watching the series, you realize Kate was not kidnapped in that timeline, so that theory kind of fizzles out.

Cruel Summer fans, what did you think of the season ender? Grade it below, then hit the comments!