Peacock on Thursday unveiled its inaugural slate of originals, which includes the anticipated follow-up to 2017’s Psych: The Movie.

Psych 2: Lassie Come Home will premiere on Wednesday, July 15 — aka Peacock’s national launch day. In the sequel, “Santa Barbara Police Chief Carlton Lassiter (Timothy Omundson) is ambushed on the job and left for dead.” Then, in a “vintage Psych-style Hitchcockian nod, he begins to see impossible happenings around his recovery clinic.” (Watch a teaser trailer here.) 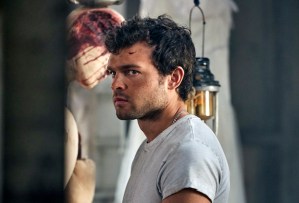 Peacock is already available to Comcast’s Xfinity X1 and Flex customers following a soft launch on April 15. Upon its national debut in July, the NBCUniversal streaming service will offer a free, ad-supported tier, as well as options for ad-free service. Peacock Free and Peacock Premium (the latter of which costs $4.99 a month for non-bundled Comcast and Cox subscribers) both will come with ads, but premium customers can upgrade to an ad-free experience for an additional $5 per month. (Any customer can also purchase the ad-free experience directly for $9.99 per month.)

Will you be signing up for Peacock to watch Psych 2 (or any of the service’s other originals available at launch)?