The CW has unveiled its fall 2019 schedule, along with previews for its upcoming series, including a new take on teen detective Nancy Drew.

Here at TVLine, we immediately jumped at the chance to screen each trailer — some of which are available here — and we’re ready to tell you exactly what we think about each of them.

Below, Matt Mitovich, Kimberly Roots, Andy Swift, Dave Nemetz, Vlada Gelman and Ryan Schwartz share their gut reactions to each new series based on the first footage released by the network. Then we ask you to watch the new spots and tell us whether you agree or disagree with our quick-take reviews. (FWIW: A trailer for midseason entry Katy Keene was shown at the network’s Upfront presentation, but only an abbreviated first look was released to the public. Swift’s reaction below is for the full trailer; the rest of us only saw the teaser.) 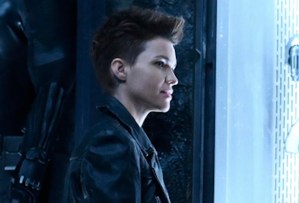 BATWOMAN (Sundays at 8/7c; watch trailer)
MITOVICH | I would have liked to see more of Kate’s interactions with people beyond Luke Fox and her dad, but this trailer definitely pops (and gives us a sexier Gotham than, well, Gotham).
ROOTS | My excitement about this series’ inclusive nature is trumped by my ennui about yet another gritty superhero origin story series.
SWIFT | I’m not looking forward to another origin story — especially since we’ve met Batwoman already — but I’d watch anything with Rachel Skarsten.
NEMETZ | I’m not really an Arrowverse viewer, but this looks… fine!
GELMAN | I’m still not quite sold, but it does look better than the shoehorned-in, backdoor pilot-ish “Elseworlds” installment.
SCHWARTZ | The tone feels more in line with Gotham than its fellow Arrowverse offshoots. 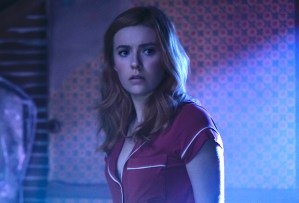 NANCY DREW (Wednesdays at 9/8c; watch trailer)
MITOVICH | I rolled my eyes a bit (a lot) when I first heard there’d be a supernatural element to this reboot, but this slick (and very Riverdale-ian) trailer has tempered my concerns.
ROOTS | This feels like a stylized Veronica Mars rip-off — and I say that as someone who read all the Nancy Drew she could get her hands on back in the day.
SWIFT | Between the diner, the girl by the lake and the small-town murder mystery, this feels more like a Riverdale spinoff than Katy Keane does. Did no one at The CW consider this?
NEMETZ | Very strong Riverdale vibes, down to the local diner and wry narration. But the ghost angle actually works, and Kennedy McMann looks like a star in the making.
GELMAN | I was hoping it would be more Veronica Mars-esque snappy than Riverdale-esque spooky.
SCHWARTZ | The Riverdale audience is going to eat. this. show. up. 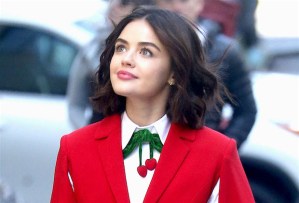 KATY KEENE (watch teaser)
MITOVICH | I $till can’t believe/don’t know how they’re $hooting this in actual NYC.
ROOTS | Seems like a less-bitchy Gossip Girl, which I would xoxo a lot.
SWIFT | Honestly, I’m pretty excited about this one. It has a fun New York vibe, and it’ll be nice to root for characters on The CW who aren’t trying to solve a murder.
NEMETZ | As TVLine’s Riverdale expert, I’m contractually obligated to watch this show anyway, but I’m down for a sparkly Sex and the City clone. (Does that make Josie the new Miranda?)
SCHWARTZ | If I wasn’t already aware, I’d have no idea this was a Riverdale spinoff