CBS has unveiled its fall 2019 schedule, along with previews for its upcoming series, including The Good Wife creators’ supernatural drama Evil, Walton Goggins’ heartwarming comedy The Unicorn and the legal series All Rise.

Here at TVLine, we immediately jumped at the chance to screen the trailers — which are available here — and we’re ready to tell you exactly what we think about each of them.

Below, Michael Ausiello, Matt Mitovich, Kimberly Roots, Andy Swift, Dave Nemetz, Vlada Gelman, Ryan Schwartz and Rebecca Iannucci share their gut reactions to the new series based on the first footage released by the network. Then we ask you to watch the new spots and tell us whether you agree or disagree with our quick-take reviews. 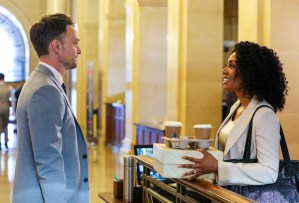 ALL RISE (Mondays at 9/8c; watch trailer)
AUSIELLO | The Good Wife and The Good Fight have set a VERY high bar for CBS legal dramas. I have no further comment.
MITOVICH | This is what Simone Missick deserves.
SWIFT | Wait, is Shondaland making shows for CBS now?
NEMETZ | I forgot about this utterly average legal drama before the trailer even ended.
SCHWARTZ | This looks much quirkier than your average CBS procedural. That should work in its favor behind a pair of broad comedies.
IANNUCCI | I think I was supposed to be moved by this trailer — but I felt nothing. Also, not enough Wilson Bethel. 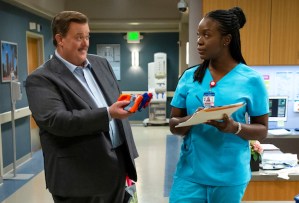 BOB HEARTS ABISHOLA (Mondays at 8:30/7:30c; watch trailer)
MITOVICH | I wanted to like this. But didn’t realize Bob would be so stalker-y.
ROOTS | Folake Olowofoyeku is the best part of this trailer. I look forward to her getting her own show which, unlike this, I’ll probably watch.
SWIFT | It’s a fun spin on the traditional romantic comedy, I guess, but does Molly know about this?
NEMETZ | Seems to confuse stalking with romance, which is… troubling. It’s gonna take a lot of work to convince me that Abishola hearts Bob back.
GELMAN | It didn’t make me laugh, but it also didn’t make me cringe.
IANNUCCI | If the penis jokes weren’t off-putting enough (and they were!), Bob’s relentless pursuit of Abishola is just creepy enough to make this a skip. 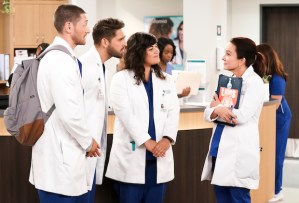 CAROL’S SECOND ACT (Thursdays at 9:30/8:30c; watch trailer)
MITOVICH | The Rookie meets Scrubs? That was a FUNNY trailer.
ROOTS | So this is literally The Rookie, M.D.? Pass.
SWIFT | I laughed at this trailer a lot more than I expected. I probably won’t watch week-to-week, so can someone let me know when Carol finally bones the guy from Baby Daddy?
NEMETZ | Kyle MacLachlan has gray hair now! (That’s about all I took away from this, aside from all the hokey old-lady jokes.)
GELMAN | So. Many. Old. Person. Jokes.
IANNUCCI | Did you guys know Carol is a little older than her fellow interns? The trailer didn’t quite make that clear. 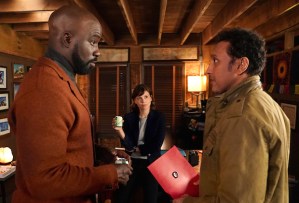 EVIL (Thursdays at 10/9c; watch trailer)
AUSIELLO | Current frontrunner for my most anticipated new fall series.
MITOVICH | This got far and away the biggest reaction from the Carnegie Hall audience at the network’s Upfront. I’m curious to see how dark it gets/stays.
ROOTS | The X-Files plus The Exorcist, courtesy of the Kings? It’s like I nightmared it into being!
NEMETZ | Intriguingly creepy and complex. Doesn’t feel like a CBS show… in a good way!
GELMAN | Anyone else remember ABC’s short-lived Miracles? It got cancelled too soon so I’m glad Robert and Michelle King seem to have unintentionally rebooted it.
SCHWARTZ | Will be curious to see if the same audience that rejected the Kings’ Braindead will embrace this horror-tinged procedural. The trailer piqued my interest, and this is not the kind of show I typically watch.
IANNUCCI | The straight-up scary stuff came off a little hokey; the demon in the bedroom actually made me laugh, which is probably not a good sign. But it looks well-acted and suspenseful enough that I’ll give it time to work out the kinks. 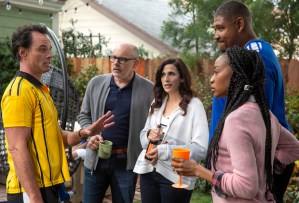 THE UNICORN (Thursdays at 8:30/7:30c; watch trailer)
AUSIELLO | You had me at Walton Goggins and Michaela Watkins. You lost me at “Natalie.” You had me back at Walton Goggins and Michaela Watkins. (But, seriously, “Natalie” is gonna be a problem for me.)
MITOVICH | Wow, this looks strong. But what a weird pairing with Young Sheldon.
ROOTS | Solid cast, cute dog. But I cover This Is Us and A Million Little Things: I’ve got no tears left. As long as Unicorn stays light, I’m in.
NEMETZ | The cast is pretty great, but I wish it had more laughs and fewer touchy-feely moments.
GELMAN | Anybody else think it feels like an ABC show?
SCHWARTZ | This has been my favorite trailer out of Upfronts Week — by a mile. I’m most excited to see Michaela Watkins back on television after a fantastic run on the criminally underrated Casual.
IANNUCCI | Walton Goggins + Michaela Watkins + a nice mix of heart and humor = GIMME. 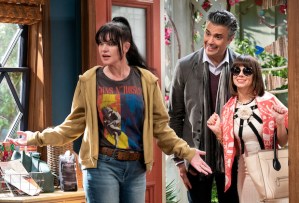 BROKE (watch trailer)
AUSIELLO | A cast this strong and a premise this amusing should’ve yielded a funnier trailer. Also: This was the only new show preview not shown at the upfront presentation, which is highly suspect.
ROOTS | Lemme get this straight: Single dads are highly coveted unicorns but single moms are messes who are just scraping by? Cool, cool.
NEMETZ | I love Jaime Camil with a fiery passion, and would love to watch him on a sitcom… just not this one.
GELMAN | It’s a lot broader comedically than I would like, but I will always root for Jaime Camil.
SCHWARTZ | I adore Jaime Camil, but it says a lot that he’s giving the least broad performance here.
IANNUCCI | Now, if this were a buddy comedy focused only on Javier and Luis? Then I’d be interested. 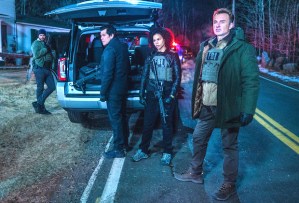 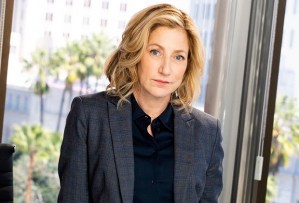 MITOVICH | Why do I have a feeling this chief of police will be atypically and unbelievably involved in working cases on the streets?
ROOTS | Love Edie Falco. Love a good Beauty and the Beast reference. But good lord, another cop show?
SWIFT | Edie Falco hasn’t disappointed us yet, so I have faith in this show (even if it’s not really my thing).
NEMETZ | I’ll give anything with Edie Falco a shot, but the rest of the show doesn’t inspire a ton of confidence.
GELMAN | Not for me.
IANNUCCI | Not quite my thing, but CBS does this kind of drama so well. I suspect it will run 10 years.

Get additional fall TV trailer reactions for ABC, The CW, Fox and NBC.