ABC has unveiled its fall 2019 schedule, along with previews for its upcoming series, including black-ish prequel series mixed-ish.

Here at TVLine, we immediately jumped at the chance to screen each trailer — some of which are available here — and we’re ready to tell you exactly what we think about each of them. (FWIW: Trailers for midseason entries The Baker and the Beauty and United We Fall have not yet been made available to anyone — not even us.)

Below, Michael Ausiello, Matt Mitovich, Kimberly Roots, Andy Swift, Dave Nemetz, Vlada Gelman and Ryan Schwartz share their gut reactions to each new series based on the first footage released by the network. Then we ask you to watch the new spots and tell us whether you agree or disagree with our quick-take reviews. 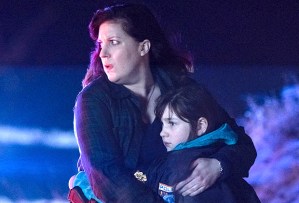 EMERGENCE (Tuesdays at 10/9c; watch trailer)
AUSIELLO | So, it’s basically an Eleven-centric Stranger Things spinoff?
MITOVICH | Color me intrigued — as well as relieved that Allison Tolman finally got the starring vehicle she deserves.
ROOTS | My sci-fi-loving heart has been broken too many times for me to fully invest another show whose mythology probably will unravel halfway through Season 1, so I’ll just — oh wait, Allison Tolman and Clancy Brown are in it? Sign me up!
SWIFT | Allison Tolman deserves better than a one-and-done supernatural mystery destined to end up buried next to The Whispers, Somewhere Between, Invasion, etc.
NEMETZ | Looks like a prime candidate to become ABC’s annual supernatural drama that gets quietly cancelled after one season! Nice to see Molly Solverson wearing a badge again, though.
SCHWARTZ | This feels like a mashup of The Whispers and The Crossing — and we all remember how well those shows did. 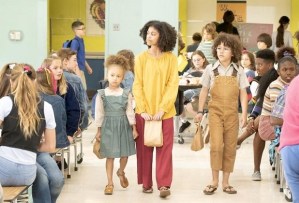 MIXED-ISH (Tuesdays at 9/8c; watch trailer)
ROOTS | I love Bow and her bonkers family, so I’m in. (And that kid playing Johan really does look like a little Daveed Diggs.)
SWIFT | I get that it’s a prequel, and I guess it it looks cute, but I’m so tired of ABC comedies set in the past. Why aren’t more people talking about ABC’s War on the Present?
NEMETZ | So it’s black-ish plus The Goldbergs, with a little Kimmy Schmidt sprinkled in? I do know one thing: Gary Cole is a gift from the sitcom gods.
SCHWARTZ | I’m not sure that we need a second black-ish spinoff, but the casting is spot-on. You can already tell Rashida Jones’ younger counterpart is gonna be a scene stealer. 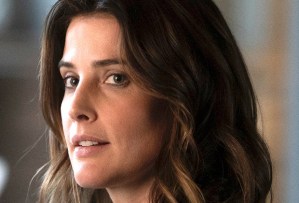 AUSIELLO | It’s amazing how Cobie Smulders can make a show you feel like you’ve seen a thousand times feel fresh and fun.
MITOVICH | The week is young, but that is my favorite trailer thus far. Could do for Cobie Smulders what Alias did for Jennifer Garner.
ROOTS | Is Cobie Smulders supposed to look bored here? Perhaps she just needs a pour-over of Portland’s best?
SWIFT | Who is this show for? Is it a comedy? Is it a drama? I guess you could say I’m… stumped.
NEMETZ | I’ll give Robin Sparkles Mysteries a shot, but the “quirky” humor might start to grate very quickly.
GELMAN | The humor was a pleasant surprise, and the throwback soundtrack definitely won me over.
SCHWARTZ | I’d tune in for the Robin Scherbatsky Ass-Kicking Hour. I’m not so interested in the Robin Scherbatsky Can’t Get Her Life Together Hour.

Get additional fall TV trailer reactions for CBS, The CW, Fox and NBC.