Fox has unveiled its fall 2019 schedule, along with previews for its upcoming series, including Kim Cattrall’s holy roller soap Filthy Rich, Michael Sheen’s serial killer drama Prodigal Son and the sperm-doc-gone-wrong series Not Just Me.

Here at TVLine, we immediately jumped at the chance to screen each trailer — some of which are available here — and we’re ready to tell you exactly what we think about each of them. (FWIW: Trailers for midseason entries 9-1-1: Lone Star, Duncanville and The Great North have not yet been made available to anyone — not even us. And though Fox showed a few moments of the animated Bless the Harts at the upfront, the scene wasn’t a trailer, so we’re not weighing in yet.)

Below, Michael Ausiello, Matt Mitovich, Kimberly Roots, Andy Swift, Dave Nemetz, Vlada Gelman and Ryan Schwartz share their gut reactions to each new series based on the first footage released by the network. Then we ask you to watch the new spots and tell us whether you agree or disagree with our quick-take reviews. 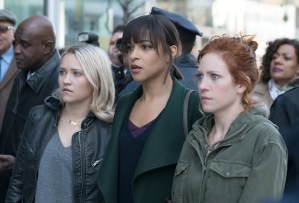 NOT JUST ME (Wednesday at 9/8c; watch trailer)
AUSIELLO | Wait, Desperate Housewives only had ONE writer?
MITOVICH | I’m confused — does the dad have, like, super-sperm?
SWIFT | This is a wacky (and arguably gross) concept, but I like all of the actresses involved, so I’ll check it out. I’m just dreading the day one of these women inevitably dates one of their half-siblings.
NEMETZ | Clearly aiming for This Is Us-style weepy family drama, but this just looks OK to me. Maybe I was too distracted by Brittany Snow’s red hair dye.
GELMAN | Not sure the trailer did a good job of explaining the premise, but the producer pedigree (Jason Katims) and cast has me intrigued. 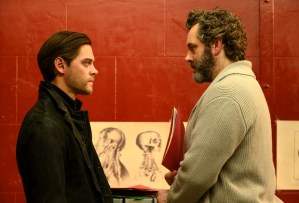 PRODIGAL SON (Monday at 9/8c; watch trailer)
AUSIELLO | Nothing screams “prestige drama!” like a yellow filter and Michael Sheen… so what’s this thing doing on Fox?
ROOTS | I’ll be setting a season recording based on Michael Sheen’s crazy eyes/hair alone. (But seriously — the “give them a hand” line made me wonder what tone they’re going for.)
SWIFT | This feels a little like The Following. Actually, a lot like The Following. (There’s a slight chance I’ve never seen The Following.)
NEMETZ | Michael Sheen is in his bonkers element here, and it looks refreshingly dark for a network drama, but the “jokes” are eye-rollingly bad.
GELMAN | Has way more of a Following vibe than I was expecting, but I’m ok with it? 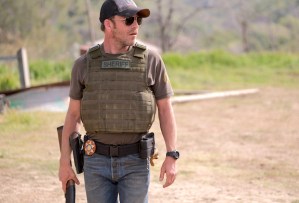 DEPUTY (watch trailer)
AUSIELLO | I miss Justified.
MITOVICH | The Last Man Standing crowd should love this one.
ROOTS | Lots of guns, lots of macho posturing, lots of brawn over brains = not for me.
NEMETZ | Stephen Dorff was pretty great on True Detective, and I like the idea of him headlining a gritty, Justified-style neo-Western.
GELMAN | Executive producer David Ayer directed the heck out of End of Watch, but this show is not for me. 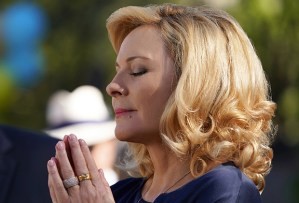 FILTHY RICH (watch trailer)
AUSIELLO | I’d be much more excited about this show if Kim Cattrall hadn’t tossed a grenade on Sex and the City 3.
MITOVICH |Soapy good.
SWIFT | Brothers & Sisters meets GCB? Me likey.
NEMETZ | Kim Cattrall was born to play a bitchy mom on a primetime soap, but I wish the rest of the show looked better. Also, why are televangelist shows so hot right now?
GELMAN | Did Fox get a package deal on shows about secret children coming out of the woodwork? 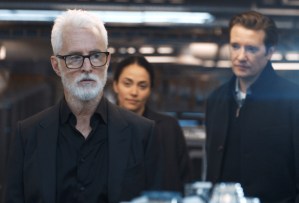 neXt (watch trailer)
MITOVICH | Know what’s really creepy? Person of Interest‘s Machine is an executive producer.
ROOTS | I loved this when it was that episode of The X-Files. But a whole season? Thank u, next.
NEMETZ | Networks have been trying and failing to do this kind of tech-savvy crime procedural for years now — APB, Wisdom of the Crowd — and this doesn’t look likely to buck the trend. Always nice to see John Slattery, though.
SCHWARTZ | I’m throwing out my Amazon Echo immediately. 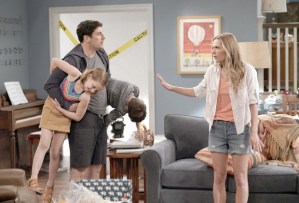 OUTMATCHED (watch trailer)
AUSIELLO | Hasn’t Atlantic City been through enough? Also: #FreeMaggieLawson
ROOTS | I don’t watch Young Sheldon. Why would I watch Young Sheldons? (P.S. Anyone else distracted by how gross that pizza looked?)
SWIFT | If you blur your vision, “Outmatched” looks a little like “Not watched,” which feels right.
NEMETZ | Smart kids, dumb show.
GELMAN | Wait, the message of this show is let’s squash what makes our children special and gifted so they can be like everyone else?
SCHWARTZ | Maggie Lawson deserves better. Heck, that little kid from The Mick deserves better, too.

Get additional fall TV trailer reactions for ABC, CBS, The CW and NBC.