Here at TVLine, we immediately jumped at the chance to screen each trailer — some of which are available here, others of which were shown at the network’s upfront presentation Monday but are not yet available to the public — and we’re ready to tell you exactly what we think about each of them. (FWIW: A trailer for the midseason entry The Kenan Show has not yet been made available to anyone — not even us.)

Below, Michael Ausiello, Matt Mitovich, Kimberly Roots, Andy Swift, Vlada Gelman, Ryan Schwartz and Rebecca Iannucci share their gut reactions to each new series based on the first footage released by the network. Then we ask you to watch the new spots and tell us whether you agree or disagree with our quick-take reviews.

Keep scrolling to see how Team TVLine reacted to each preview. 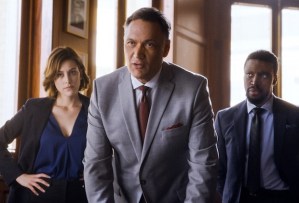 BLUFF CITY LAW (Mondays at 10/9c; watch trailer)
MITOVICH | I kept wait for the/a/any twist to kick in that would make this stand out from the 1,083 law dramas that preceded it. It never came.
ROOTS | Re: that “we’re total opposites… that could be our strength” line? I OBJECT. STRENUOUSLY.
SWIFT | It took me a full minute of this trailer to realize and accept that the lead wasn’t being played by Lizzy Caplan. This one’s not for me.
GELMAN | Found guilty of being completely by the book.
SCHWARTZ | How do you handle the pressure when winning or losing means everything?” I’m not sure, Jimmy Smits’ daughter, but I won’t be tuning into this generic procedural to find out.
IANNUCCI | I forgot about this show the moment the trailer ended. And maybe even while it was airing. 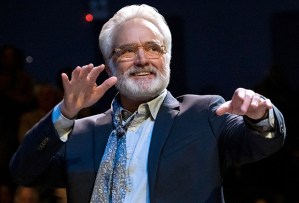 PERFECT HARMONY (Thursdays at 8:30/7:30c; watch trailer)
MITOVICH | Though I can’t imagine a scenario where a church choir would sing “Eye of the Tiger,” for any purpose, no way I’m betting against Bradley Whitford and Anna Camp.
ROOTS | Wow, the Glee kids have aged really well.
SWIFT | I had high hopes, given its two stars, but the humor in this trailer is about as inspired as the show’s title.
SCHWARTZ | Not sure that the premise can sustain itself for multiple seasons. With that being said, this trailer hit all the right notes.
IANNUCCI | Bradley Whitford is always excellent, and I’m digging the ensemble’s chemistry and timing. Sign me up. 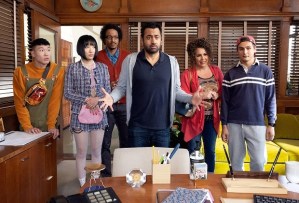 SUNNYSIDE (Thursdays at 9:30/8:30c; watch trailer)
MITOVICH | Looks fresh, original… dare I say “important”? The crazy-rich Asians already have me cracking up.
ROOTS | I’ll admit it: I laughed at that Bill Nye joke. And I’m a sucker for that “High Hopes” song. Sure, count me in.
SWIFT | This feels very Superstore-meets-The Good Place and already feels at home on NBC’s Thursday schedule. Consider me interested.
SCHWARTZ | There’s a definite Good Place-meets-Community vibe going on here. Count me in!
IANNUCCI | I’d watch Kal Penn in just about anything, and the pair of vapid, rich siblings is an immediate highlight. But I’m disappointed in how few laughs this trailer delivered, even from an EP as reliable as Mike Schur. 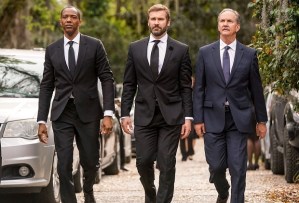 COUNCIL OF DADS
GELMAN | This Is Us: Dads needs to be careful not to tread too much into saccharine territory. If it manages that, it could be a family drama worth watching.
SCHWARTZ | This latest effort to piggyback on the success of This Is Us looks like a real charmer.
IANNUCCI | This looks sweet and well-acted — but after This Is Us, A Million Little Things and The Village, I don’t think I can invest in another emotional family drama. My tear ducts can only take so much! 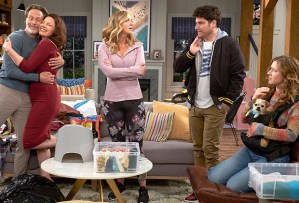 INDEBTED
AUSIELLO | I sense a palpable humor deficit.
MITOVICH | Soooo not for me.
SCHWARTZ | I’m confused. If Steven Weber is a series regular, how will he find the time to guest-star on every other show on television? Seriously, though, this would probably run 7-10 seasons on CBS. On NBC? I’m not so sure.
IANNUCCI | Oof. Not a single laugh to be found here, and the opening joke (involving Abby Elliott’s breasts) was particularly eyeroll-worthy. 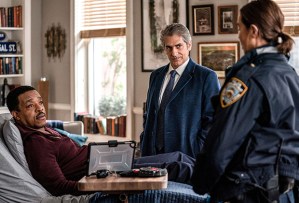 LINCOLN
MITOVICH | I dunno if updating the premise with all the tech makes it more or less plausible.
ROOTS | Not sure about the premise, but really hoping this will be the TV project that gives Russell Hornsby his well-deserved due. #GrimmRepresent
SCHWARTZ | So if the show’s a hit, does Russell Hornsby get to spend all seven seasons in bed?
IANNUCCI | I’ll give this one or two episodes… but the idea of Lincoln locating a buried body from his bed seems a little ridiculous. 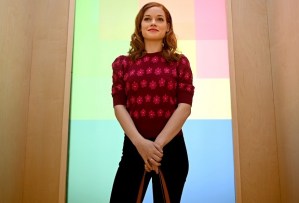 ZOEY’S EXTRAORDINARY PLAYLIST
AUSIELLO | I worry about the long-term sustainability of the central gimmick, but Jane Levy’s the star, so I’m in on board the first 13 regardless.
MITOVICH | I love that they establish the reason for her musical imaginations right up front. Also, the father twist wrecked me.
GELMAN | The musical element looks very reminiscent of Eli Stone, which I loved so sign me up. And yes to Peter Gallagher singing!
IANNUCCI | Oh, man, I am all in on this one. I’m a sucker for any musical series (especially one as quirky and original as Zoey’s seems to be), and Jane Levy was perfect casting. I’m only sad we have to wait until midseason to see more.

Get additional fall TV trailer reactions for ABC, CBS, The CW and Fox.