Take away the drugs and the crime, and FX’s gritty ’80s crack epidemic drama Snowfall is a show about choices.

Not the gray-area choices of wrong from right, because that’s subjective, but the choices about life’s paths and allegiances. This is something the series’ writers and producers explored in the Season 3 finale when viewers got an alternate-universe version of Franklin’s (Damson Idris) life had he gone the collegiate route. Now that Snowfall has returned for Season 4 (airing Wednesdays at 10/9c) after a year-and-a-half-long hiatus lengthened by COVID, fans will get a greater understanding of Franklin and the continual weight of his decisions. This is a Franklin who is trying to still prove his dominance now that he needs a cane to walk, and a man whose ties to the CIA have become even more twisted and compromised. 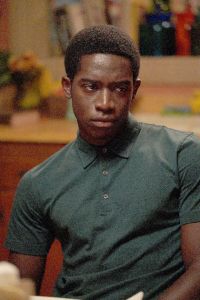 “These people are dealing crack and cocaine in South Central, and because Snowfall is filled with crime and mayhem, it’s easy to think they could’ve made better choices and picked better things,” executive producer and writer Walter Mosley tells TVLine. “But as the Season 3 finale shows us, that’s not necessarily true, and life is difficult now and was then all over the place. Franklin’s alternate life allowed us to get deeper into the characters, and also to say, ‘Things wouldn’t have been a whole lot easier, no matter what or where.'”

Oscar-nominated filmmaker John Singleton (Boyz N the Hood), who co-created Snowfall and died suddenly from a stroke a few months before the start of Season 3 in 2019, asked Mosley to come aboard. Singleton wanted him to be a consulting producer and work with co-creator Eric Amadio to bring more authenticity to the drama. Mosley, who is best known for his Easy Rawlins novel series, and Singleton shared the experience of being born and raised in Los Angeles, but at different junctures. Over time, Mosley joined the show’s writers room and got promoted to executive-produce. This week, Mosley grabbed headlines when Amblin Television announced it would be developing an Easy Rawlins series.

“Listen, I wouldn’t even be doing television right now if John hadn’t called me up and said, ‘I think I need you in this room. When do you want to come in?'” Mosley recalls. “I told John I had never written TV, and he told me that that was OK. I could just come in and be an advisor, and then that helped me become one of the show’s writers.”

“I know people who are writers, who are actors and people who work as DPs, you know, just working crew,” Mosley says. “And John hired them all and gave them a chance. He would say, ‘Try it, and if you can’t do it, that’s fine. But if you can do it, this is your job, and this is your life.’ There are so many people that John did that for. Some were fresh out of prison and couldn’t get work anywhere else. He was making films and television shows, but he was also changing the system.”

As for Snowfall and how it has evolved, Mosley says Singleton would appreciate the growth of his show and characters such as Teddy (Carter Hudson) the CIA operative, Franklin’s best friend Leon (Isaiah John) and his Aunt Louie (Angela Lewis), Uncle Jerome (Amin Joseph) and mother Cissy (Michael Hyatt). 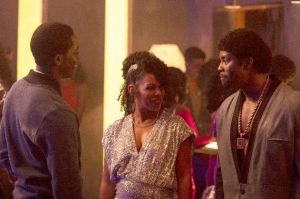 “I’m sure he’s happy with how things turned out for the show,” Mosley says. “He was a real good guy. It’s important for me to say that, because in Hollywood, you can become really important while actually not being really important. But John, whenever I’ve been asked to talk about him, I always say he was a great man. He was a genius as a director and a filmmaker. But that doesn’t make you a great man. He was a great man because he helped people and he told stories no one else did.”

“This show has a giant audience that lives through John Singleton’s genius,” he adds. “What he did is still felt. He was born in the hood, and he died in the hood. That was his life, and he was so committed to it and in doing it. When I tell people I write for Snowfall, they start talking about storylines from the show, and they say, ‘They told us the CIA didn’t put crack cocaine in the hood, but we know they did.’ That audience will never go away. They have been waiting for Snowfall to come back, and now it’s back.”

The timing of Snowfall‘s return is equally significant in a world more willing to acknowledge systemic racism after the police murder of George Floyd. It’s also a time when, not coincidentally, a Black creative renaissance is occurring on the big and small screen.

“Some people, in positions of power, feel that they need to do this to make things right and are giving shows like Snowfall and Queen Sugar the same break that they would’ve given so-called ‘white’ shows,” Mosley opines. “There was a time when, say, a Stephen J. Cannell could make anything, even though a lot of his shows were failures. Those same powers that be would say, ‘OK, it doesn’t look good to me, but we’re going to try it.’ But now, you find shows like this.” 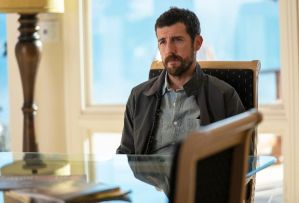 Mosley adds that FX’s belief in Snowfall predates the popularity to do such things. “FX has been really supportive of doing this, and they’ve given us a lot of time and allowed us to make mistakes, and that’s the thing that certain other people have always had,” Mosley says. “I won’t say, ‘Well, white people got this all the time.’ But some of them did, and none of us did. That’s the thing.”

“Tim Reid had an extraordinary show called Frank’s Place, and you look at that and say, ‘Why didn’t they give him another year?’ It’s some of the best television I’ve ever seen,” Mosley continues. “Someone could actually do that show again, actually. I think that the world has changed in a really interesting way. Young people were talking to me about when the Black Lives Matter protests were going on over George Floyd. They were saying, ‘This is the worst thing. This is a terrible thing.’ And I said, ‘No, no, no. We’ve had far more terrible things.’ In the Watts riots of ’65, 34 people died, and most of them were Black people, and the only people protesting in the streets were Black people. But this time, there were all of these white people, Asians and Hispanics with us. Everybody was out there. And that means people are finally saying, ‘This is an American problem.'”