It’s been nearly three decades since Yvette Lee Bowser blazed a trail as the first Black woman to develop her own primetime series, with the funny and relatable Fox sitcom Living Single. But her long and impressive list of career accomplishments in television doesn’t end there.

In addition to Living Single, her executive producing credits include Dear White People, Half & Half and For Your Love. Bowser has also worked as a consulting producer on black-ish and Happily Divorced, and as a producer on A Different World and Hangin’ With Mr. Cooper. Her success as both an EP and showrunner on Netflix’s adaptation of the celebrated 2014 film Dear White People caught the attention of Lionsgate Television, the studio behind the series.

Lionsgate signed Bowser and her SisterLee Productions to an overall deal to develop and produce new projects, and this includes the upcoming half-hour comedy Run the World, which she is currently working on for Starz. Starring Bresha Webb, Amber Stevens West, Corbin Reid Sondi and Andrea Bordeaux, the show will follow four career-driven besties as they live, love and thrive in Harlem. (Think Living Single, but more modern and not in Brooklyn.) Bowser will serve as the showrunner and executive-produce it with creator Leigh Davenport.

The fact that Bowser is returning to the strong bond between Black professional women as the center of their own world is no coincidence. “One aspect that I brought to Run the World in development was to make the friendships more central, more tribal,” she tells TVLine. “I wanted this to be a show about enviable female friendships. Which is part of my brand. I think it’s important that we see ourselves leaning on each other and propping each other up.” 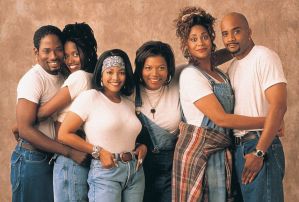 TVLINE |  What are your thoughts on the current television landscape? Things are a lot more diverse than when you made history as the first Black woman to develop her own show. But are things better or worse? Why, or why not?
Things are markedly better. Like anything, the TV landscape ebbs and flows. It has evolved in such a way that there are currently 400-plus scripted programs, so there’s more opportunity in general. And hopefully people of color will get their fair share of opportunities to tell their stories in their unique way. There’s no doubt we’re experiencing a Black renaissance, which is a wonderful thing. Additionally, there’s more genuine interest in our stories.

In the ’80s and ’90s, there was interest in the “optics of inclusion.” Now we seem headed toward a place where there’s more investment in inclusion. I think that’s the biggest difference: optics versus actual investment. There was a time when Black writers were primarily focused on equal opportunity. But now, more than ever, we’re focused on raising the bar and are able to bring the best and the brightest
into the fold.

TVLINE | What makes Run the World timely and empowering? Can you talk about your working relationship with Lionsgate TV and how they supported you to turn your vision into a reality?
It’s always timely to tell stories of diverse, ambitious, brilliant women. Additionally, there is a very dynamic, mostly female team behind the series. I brought Lionsgate a script by an unestablished writer whom I thought had an interesting voice, and the studio trusted me to develop the script into a viable series. That’s the kind of partnership and support creators and showrunners need and can’t thrive without. In that same window of time, Starz was considering buying a similarly themed project, but they valued my stewardship of this particular take and gave the show the nod. That’s trust. 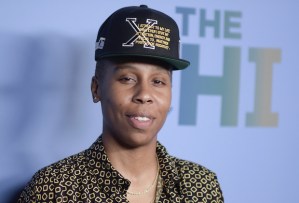 TVLINE | Lena Waithe (Master of None, The Chi) often names you as someone she admires and respects. Can you talk about your working relationship with her and why that matters?
Lena has a very aspirational come-up story, and we need more of those. I’ve known Lena for about 15 years, and I respect her journey and her grind. One of the things I appreciate most, is her willingness to lift others the way she was lifted. She’s humble enough to acknowledge that no one does this alone. These Hollywood streets will test you.

TVLINE |  Can you talk about how you feel as a Black creator? Do you feel an added amount of responsibility or pressure in any way?
Given that I came up in a creative environment where our art was our activism, my work has always had that patina. We all know that to whom much is given, much is required. I feel an innate sense of responsibility when it comes to depictions of women and people of color, but that doesn’t mean that I’m overly precious about the characters I develop and the scenarios I put them in. I love creating complex, flawed characters and throwing them into messy challenging situations. 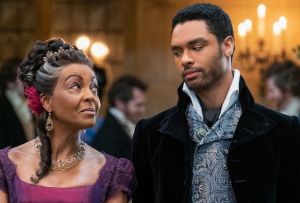 TVLINE | What shows and or creators do you admire and why?
If I had to pick a new creator that I admire, it would be Issa Rae. She’s just a delightful, brilliant young woman who is constantly telling her truth in a fresh way. There’s a whole generation of young Black creators that are cranking out content I have so much respect for. I particularly love shows like The Sopranos, Ozark, and Breaking Bad because they’re shows I love to watch, and think I could write, but don’t have the nerve to. I also dig Bridgerton which is just a light romp of an eye-gasm.

TVLINE | One of the beautiful things about Living Single and Dear White People was the variety of Black experiences and skin tones that are included. Can you talk about why this is so important?
Having a variety of experiences and skin tones reflected in my work is a primary goal of mine. It’s essential that we see ourselves in the full array of our beauty and complexity which includes complexion. I’ve never run a show where it wasn’t important for us to explore the spectrum of who we are.

TVLINE | Is there a Living Single reunion or revival in the works? If so, when can we expect that and what will it look like?
Bless your heart for trying. But I won’t be speaking on the topic at this time.