In the West African tradition, griots keep their people’s history alive by telling the stories that need to be told. The stories that give Black people energy and hope when they are weary, and courage when they are afraid. This is the role Ava DuVernay has taken on with each her television and film endeavors.

From her Oscar-winning film Selma to her Emmy-winning Netflix series When They See Us, DuVernay has curated stories where tragedy fueled triumphs and Black and brown protagonists have risen above the limitations systemic racism placed on them. Fans of her beloved family drama Queen Sugar can expect the same thoughtfulness when the OWN series she created returns for Season 5 on Tuesday, Feb. 16.

“I was interested in using this season to be a time capsule for what happened to Black people in 2020,” DuVernay tells TVLine. “It would be disingenuous and odd to create stories in a time with a narrative that is not about this. With all these things going on, you have to address them.”

That means the Bordelons and the ones they love will deal with the COVID pandemic and all the things it caused — from food scarcity to job loss, as well as the concurrent police brutality and the racial reckoning. (Watch a trailer.) 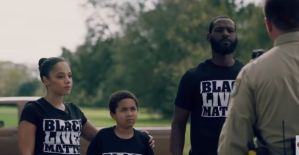 “There is a moment [in Season 5] when they wake up and find out about George Floyd’s murder. There is a moment when there are protests over Breonna Taylor,” DuVernay says. “There’s an episode where Trump is saying something upsetting, and another where people are losing their jobs and someone gets sick, and it’s just happening the way it happened. Our goal was to create a time capsule of Black American life in 2020, and I think we did it.”

Turning the show into a snapshot in time didn’t come easily. DuVernay and the cast and crew had filmed the first two episodes of Season 5 back in March 2020, before the pandemic shut down production for them as well as the entire industry. And that’s when, Duvernay says, life kept happening.

“The story changed,” DuVernay explains. “We went back and we shot some scenes to reflect what really happened to people. It was becoming a pandemic and heading our way. It was in China, and then Seattle, but a lot of us were thinking, ‘Too bad for them.’ We start tracking COVID as it approaches Louisiana by having it start to play out in the background on the news on the radio, and then showing how it started to affect them one by one.” 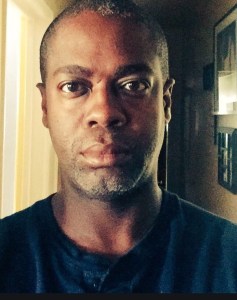 DuVernay and showrunner Anthony Sparks also had to write new scripts to reflect the world’s ever-evolving way of life, from masks and quarantines to Black Lives Matter protests erupting in the streets.

“This was a tough one because we had written the full season before everything got shut down. We thought we’d be back in a couple of weeks,” she says. “But in between getting shut down and coming back in the fall, the world changed, and it felt crazy to try to do those old scripts. I had already paid all those writers, and our writing budget was decimated because we had finished the season. So, there was no one to write. We started from scratch in early August with three writers.”

One of those writers had to leave in the middle of the rewrite, because he had another contract.

“Then it was only me and the showrunner (Sparks), and we finished the full season, just the two of us,” DuVernay says. “You know, Hollywood writers rooms are 10 to 12 people at a time. It was just us, but we were committed to do it, and I tip my hat to him. He was an incredible partner. We got through these episodes, and as soon as we handed off the pages, they were being spoken by the actors. It was that tight to try to take on this challenge of writing history as it was happening.” 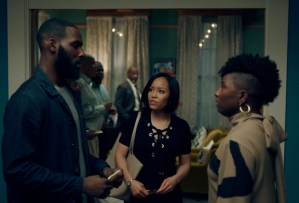 The cast, which includes Rutina Wesley as Nova, Dawn-Lyen Gardner as Charley and Kofi Siriboe as Ralph Angel, had to pivot, in turn.

“It was a big challenge for them because they could not act with each other,” the DuVernay relates. “The way that we set up the story is the way that it was in real life. People had to go in their houses and stay with the people that they lived with. Ralph Angel and Darla (played by Bianca Lawson) are in their house with Blue (Ethan Hutchison), Vi (Tina Lifford) is with Hollywood (Omar J. Dorsey), Charley is with Micah (Nicholas L. Ashe, whose character is home from college), and Nova is with her man Calvin (Greg Vaughan). And they are all at home.”

This meant that the actors had to stay in their quarantine pods in real life, too. To help make this happen, producers found a small Louisiana bed-and-breakfast that was going under, and rented it out for three months. Holed up there, the actors couldn’t go anywhere, and had to be driven to and from set. Everything from laundry to mints and food had to be brought in to them.

At work, “The actors had to really limit their conversations on-screen, and many of them had one main scene partner,” DuVernay explains. “We did a lot of phone calls and Zooms, like people were doing in real life. We also did a couple things where they see each other in masks, but really, we tried to capture the way that we were all really living at that time — those of us who were adhering to the protocols.

“The cast is an extraordinary cast and they all committed to it and they got it done,” says the Emmy-winning EP. “It was hard, but we got it done. In the end, we felt a sense of accomplishment because we pulled this off.”

Queen Sugar is just one of the many projects DuVernay is working on at her production company, ARRAY. There’s Colin in Black & White, a limited Netflix series that spotlights former NFL quarterback Colin Kaepernick’s journey from professional football to activism, as well as Sovereign, a Native American family drama for NBC. The docuseries One Perfect Shot is on the horizon at HBO Max, as is the DC Comics property DMZ. The CW just greenlit a pilot for Naomi, another DC Comics-based project. And Home Sweet Home, which is slated for NBC, is being described as a life-swapping social experiment.

“Work saved me,” a very industrious DuVernay says. “I was able to put all of my frustration and my fears and my anxiety into my work. I don’t make films and TV out of my responsibility; I follow what my interests are. But when I’m interested in something, I do take on the weight to make sure that it’s presented in a responsible way. They go hand in hand, but my interest comes before my sense of duty. Once I’m interested in it, it becomes mine and I’m responsible for the way it’s rendered and presented.” 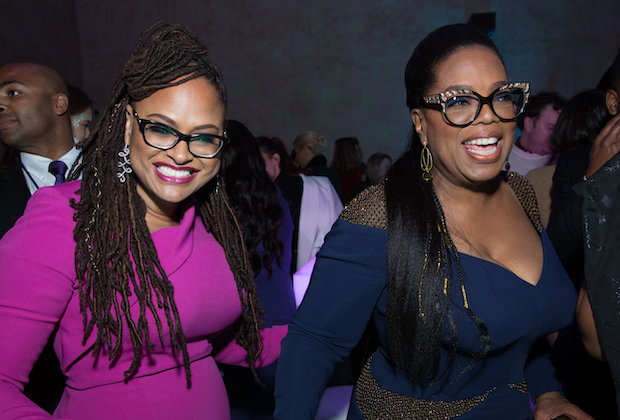 At the 2018 premiere for A Wrinkle in Time, which DuVernay directed and Winfrey starred in.

Just don’t compare DuVernay to Oprah Winfrey or Shonda Rhimes, both of whom she has worked with and admires.

“I am the little sister lagging far behind those two greats…,” DuVernay says with a chuckle. “Someone said to me the other day, ‘You’re the new Shonda.’ And I said, ‘With one big difference — about $200 million.’ The zeroes make all the difference.”

“I’m nowhere near where they are, but I work hard, too, so I’m happy to be thought of in that same space,” she concedes. “But I don’t think about myself that way unless someone says something to me. I’ll be mentioned or included in an article and I think, ‘Gosh. Why am I with those names?’ It’s odd to me. I feel like people have gotten it wrong sometimes. But it is an amazing time for Black creators, and to see things manifest in this way for Black women creators. People do want to make the deals and they do want to see the content, and it’s largely because of the groundwork Oprah and Shonda have been laying. I’m just riding on the coattails.”