Emily in Paris just made a big change to its travel itinerary: The upcoming romantic comedy, starring Lily Collins (The Last Tycoon), has moved from Paramount Network to Netflix.

Netflix broke the news in a tweet on Monday, which also revealed that Emily in Paris will premiere this fall.

Created by Darren Star (Younger, Sex and the City), the series follows Collins’ Emily, an ambitious marketing executive who moves to Paris for an unexpected job opportunity. “Tasked with bringing an American point of view to a venerable French marketing firm, cultures clash as she adjusts to the challenges of life in a foreign city, while juggling her career, new friendships and love life,” the official synopsis reads.

Emily in Paris initially scored a 10-episode order at Paramount Network back in September 2018, then was eyed for a Summer 2019 premiere after shooting on location in Paris.

Netflix has made quite a few big programming announcements in recent weeks: Dead to Me, Lucifer and Ozark are among the shows coming to an end at the streamer, while period drama The Crown is extending its run through Season 6.

Scroll down to view two first-look photos of Emily in Paris, then drop a comment and tell us: Will you be watching when it premieres? 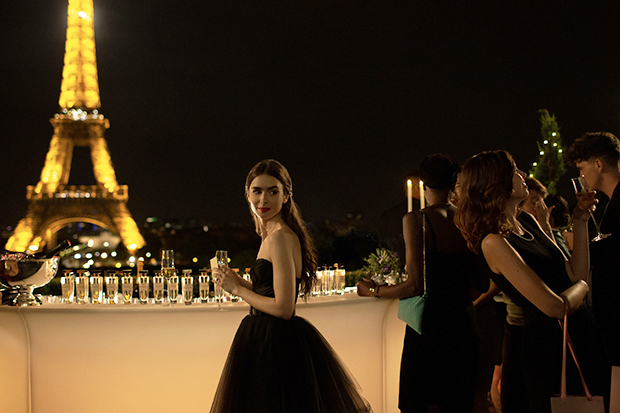 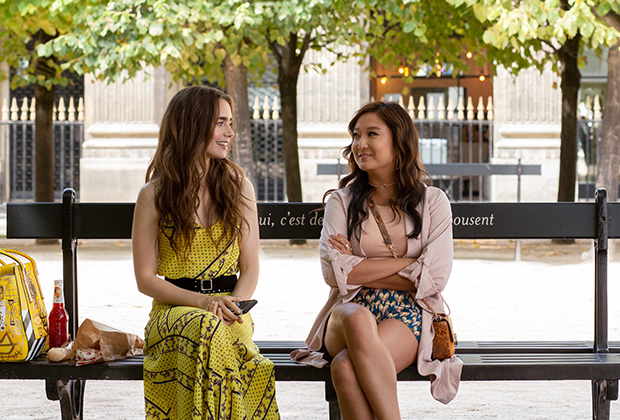