HBO Max has announced a second wave of original programming that will bow this summer, including the long-awaited third season of TBS transplant Search Party, a revival of Cartoon Network’s Adventure Time and a movie starring Seth Rogen and… Seth Rogen.

Search Party — which aired its Season 2 finale back in December 2017 —  will premiere Season 3 on Thursday, June 25. The new episodes find the gang swept up in the trial of the century after Dory (played by Alia Shawkat) and Drew (John Reynolds) are charged for the semi-accidental murder of a private investigator. As Elliott (John Early) and Portia (Meredith Hagner) grapple with whether or not to testify as witnesses, the friends are pitted against each other and thrust into the national spotlight. Dory’s sanity begins to fracture, and it becomes increasingly clear that the group may not have brunch together again for quite some time. (The series has already been renewed for Season 4.)

Also arriving on June 25 is the first installment of Adventure Time: Distant Lands (watch teaser trailer) and Season 2 of Doom Patrol (which will also be available on DC Universe; for more information, click here).

On Thursday, July 9, HBO Max will release Expecting Amy, a three-part docuseries that offers “an unfiltered and intimate view” into comedian Amy Schumer’s life on tour, creating a stand-up special during her difficult pregnancy.

On Thursday, Aug. 6, Seth Rogen is An American Pickle in a feature comedy based on Simon Rich’s 2013 New Yorker novella. Rogen stars as Herschel Greenbaum, a struggling laborer who immigrated to America in 1920 with big dreams, but one day while working at his factory job, he falls into a vat of pickles and is brined for 100 years. The brine preserves him perfectly and when he emerges in present day Brooklyn, he hasn’t aged a day. But when he seeks out his family, he is troubled to learn that his only surviving relative is great-grandson Ben Greenbaum (also played by Rogen), a mild-mannered computer coder whom Herschel can’t even begin to understand.

Scroll down for a complete list of HBO Max’s newly announced summer premiere dates, along with more information on new Max Originals. 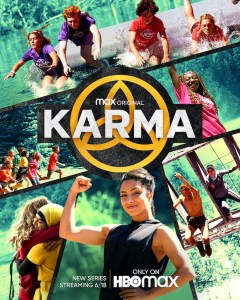 Sixteen contestants, ranging in age from 12 to 15, compete completely off the grid, away from parents and the comforts of home, to solve puzzles and overcome physical challenges, with the laws of karma setting the rules. This adventure competition series, led by YouTube host Michelle Khare, will test the mental and physical stamina of its young contestants as they unravel how their social actions impact their success in the game. Along the way, the players learn one of life’s most profound lessons: “What you give out, you get back.” 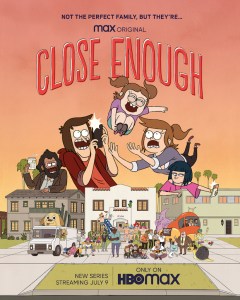 From JG Quintel, creator of the Emmy-winning Regular Show, comes this surreal animated comedy about a married couple, their 5-year-old daughter, and their two divorced best friends all living together in Los Angeles. It’s about juggling work, kids, and pursuing your dreams, while avoiding time-traveling snails, stripper clowns and murderous mannequins. Their life may not be ideal but for now, it’s close enough. 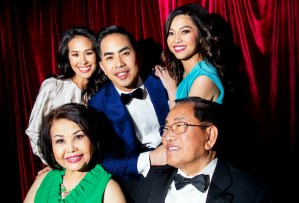 Patriarch Binh Ho and his wife Hue Ho immigrated from Vietnam to the United States with little money, relying on hard work to establish the ultimate American dream. The power couple has since built a multimillion-dollar bank, a real estate development company, and a new generation of American Hos. The series pulls back the curtain on their lavish Houston lifestyle and showcases the tight family connections that unite them as well as the multi-generational outrageous drama that ensues. 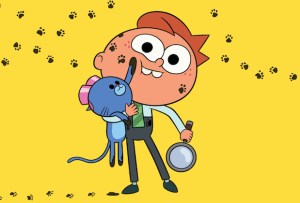 Tig n’ Seek follows an upbeat and eccentric 8-year-old named Tiggy and his cat, Gweeseek. Tiggy not only works at the Department of Lost and Found, finding lost items all throughout Wee-Gee City, he lives there, too! Though he tries to help his friends whenever he can, his over-eagerness and neurotic quirks often lead to chaos in the Department. Tiggy’s partner and best friend,, Gweeseek, is a graceful kitty who appears to be a normal cat, but is also capable of inventing extraordinary gadgets to help her friends in times of need.

There are nearly nine million dogs in Britain – but finding the right homes for them isn’t always easy. Set inside a rural British Dog Rescue Centre famous for its commitment to matching homeless dogs with new owners, The Dog House bears witness to the joy, comedy and pathos of the human-dog dating experience. 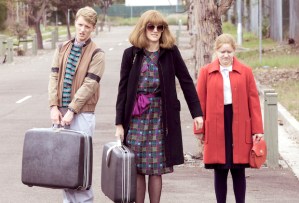 Set in 1989, this comedy follows Sammy Cooper, a fabulously wealthy London housewife who is forced to return to her hometown in Newcastle, Australia. In coming home, Sammy must revisit her past and the events that led her to flee as a teenager years ago.