Question: Got anything on the This Is Us? —Gwen
Ausiello: The NBC tear-jerker is headed to the Big Apple next week to shoot a handful of scenes for an upcoming episode (or episodes). Are you thinking what I’m thinking? ‘Cause I’m thinking this has Kevin and (Brooklyn-based) Sophie written all over it. Is that what you were thinking, too?!

Question: Any scoop about Ozark Season 3? —JR
Ausiello: Fresh off her Emmy win, Julia Garner will get a chance to show off her irascible alter ego’s heretofore dormant romantic side (yes, she has one!) when Ruth begins a relationship with a man she truly likes. I’m not saying who the man is, but you would not be wrong to assume it’s someone in the Byrde fam’s inner circle. 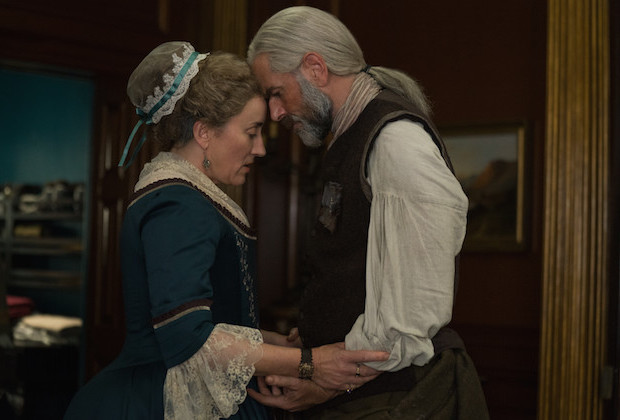 Question: Please give me something about Outlander‘s Murtagh and Jocasta. —Olivia
Ausiello: You’ll get an update on the pair of silver foxes very soon into the upcoming Season 5 — which bows on Sunday, Feb. 16 ­— and I may or may not be telling you too much when I say that the word “marriage” comes up in a related conversation.

Question: Now that Days of Our Lives, Young and the Restless and Bold and the Beautiful have all been renewed, should we start worrying about General Hospital? Is no news bad news? —Cheryl
Ausiello: No news is actually business as usual. ABC doesn’t adhere to a traditional renewal process when it comes to its last remaining sudser, but an Alphabet insider assures me that GH will be around for the foreseeable future.

Question: Any new intel on Stranger Things? —Kyle
Ausiello: There’s chatter that Season 4 may actually consist of nine episodes, one more than initially planned. That would make Stranger Things 4 one the Netflix drama’s meatiest seasons ever (tied with its sophomore run). I’m also hearing that a fan-favorite character may have his/her origin story told in one (or more) of those nine episodes.

Question: Will the Supernatural finale encompass more than one episode? —SnazzyO
Ausiello: The May 18 series ender “will have some lead up to it,” co-showrunner Andrew Dabb tells TVLine, explaining that it’s not so much a final episode as it is “kind of a final arc.” Meanwhile, the EP insists, “The ending is an ending. It’s not a ‘to be continued.'” And the idea for that ending has not changed since the cast teased it last summer at Comic-Con. “The path to it has changed as we’ve kind of laid out our story,” says Dabb, “but the final, final moments of that episode have not changed.” (Speaking of Supe, did you hear? Sam and Dean are being ‘recast’!) 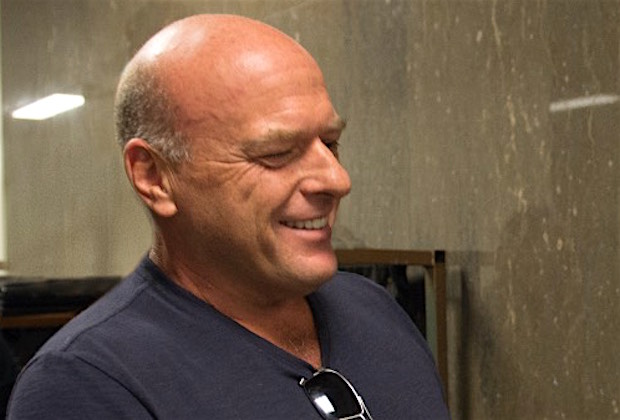 Question: So excited to see Dean Norris back as Hank on Better Call Saul! Any scoop on his role? —Eric
Ausiello: Breaking Bad fanatics like you, Eric, will be happy to know that Hank’s not just back for a mere cameo. The rowdy DEA agent and his trusty partner Gomez play a pivotal role in Saul‘s third and fourth episodes this season — and yes, they do cross paths with Jimmy (er, Saul, that is), along with another familiar face from Breaking Bad.

Question: How is Danielle Panabaker’s pregnancy going to affect her work on The Flash? —Luis
Ausiello: Series boss Eric Wallace confirms that, as Panabaker (who’s due in May) indicated in a fall interview, The Flash will ignore the actress’ pregnancy while keeping both Frost and Caitlin in the Season 6B mix. “You might notice her, let’s face it, standing behind a cabinet now and then,” Wallace says with a laugh. “But I always say that it’s like Scully in The X-Files Season 2. I was a viewer at the time and I didn’t even know [Gillian Anderson was pregnant]! I just went with the story, and I’m hoping it’s the same for our Flash audience.”

Question: Any news on The Resident — particularly Dr. Voss? She been MIA the past few episodes. —Kendall
Ausiello: “In the back half of the season,” which resumes Feb. 18, “Kit will have an emotionally charged multi-episode arc when it appears a close person in her life might fall victim to Dr. Cain’s hubris,” showrunner Todd Harthan tells TVLine. “And in an effort to keep them alive amidst Red Rock’s misdeeds, she will find herself seeking help from the one person she knows she can trust — Bell.” 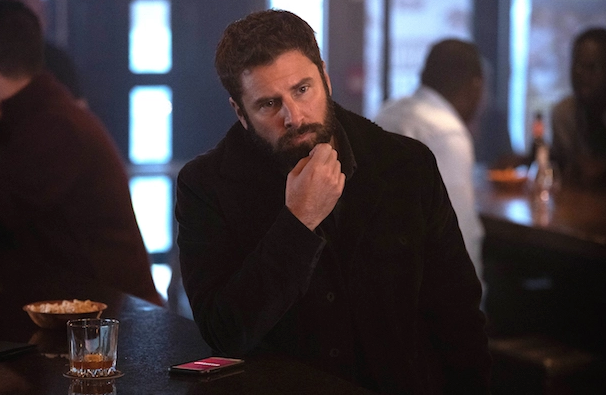 Question: Can you tell us when A Million Little Things‘ Gary is going to stop acting like such a jerk? I love James Roday, but it’s hard to see the character acting this way. —Donna
Ausiello: Tonight’s episode goes a long way in helping Gary dislodge that rather gargantuan chip from his shoulder. And yes, the process involves his mom (guest star Marcia Gay Harden), but maybe not in the way you’d think. Also: Showrunner DJ Nash tweeted that the episode will tell you “everything you want (or don’t want) to know about Eric,” and I can confirm that it really, really does.

Question: I’m sad Shameless is ending but I’m relieved we’re getting one final season to wrap things up. On that note, scoop, please? —J.D.
Ausiello: Showrunner John Wells confirms that Mickey and Ian will ponder starting a family in Season 11. “We’re just starting in the writers’ room, but it’s already come up as something we want to have fun with,” he teases. “I’m sure we’re going to go there.” Ian has made it clear that he’s interested in becoming a dad, but what about his other half? “Mickey… isn’t on board with it at first because it’s all just so alien to him,” Wells shares. “He feels like bad things could happen with his family.”

Question: Walking Dead spoilers, please. Bonus points if they involve Negan. —Tom
Ausiello: When the AMC drama returns from its winter break with “Squeeze” on Feb. 23 (aka my birthday; registry info available upon request), the Saviors’ former leader will, at least metaphorically, take a bigger swing than arguably he has since he pulverized poor Glenn’s head. The episode also reveals who makes it out of the booby trap into which Carol foolishly led Daryl, Connie, Kelly, Aaron, Jerry and Magna. 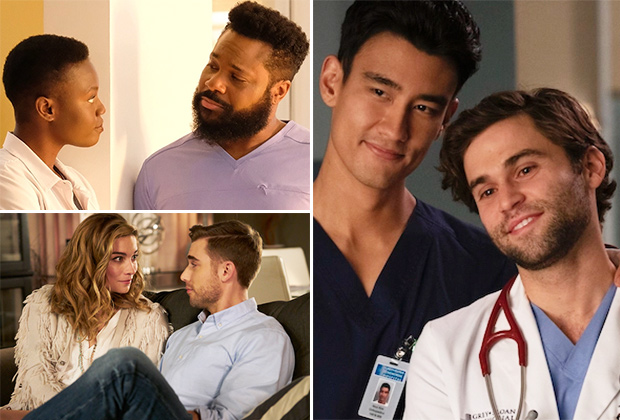 Question: Do you have any intel on when Russell Hornsby and Claire Coffee are finally going to have a scene together on Lincoln? — Erin
Ausiello: I do, but Grimmsters like yourself aren’t going to like it: I have it on very good authority that the former Hank Griffin and the erstwhile Adalind Schade will not share any scenes in the NBC drama’s first season.

Wait — there’s more Ask Ausiello to be had! Head to the attached gallery above — or click here for a direct link — for five BONUS AA items, including teaser about the last Will & Grace scene ever. (Additional reporting by Kim Roots, Vlada Gelman, Rebecca Iannucci and Charlie Mason)