THE PERFORMANCE | Animal Kingdom’s Craig perfectly summed up our reaction to Smurf’s searing swan song when he all but gasped, “Oh, s—.” After his mom’s suicide mission went sideways in the penultimate Season 4 episode, the terminally-ill matriarch ordered son Pope to shoot her, setting off a performance by her portrayer that was one for the record books.

Already in “Ghosts,” Barkin had treated us to a replay of Smurf’s Greatest Hits. The actress had used her body language to communicate the erstwhile Janine’s loathing of would-be replacement Angela as she threw out the younger woman’s coffee cake, and played Smurf’s final manipulation of grandson J with a viperish cunning that made Lady Macbeth seem like a beginner.

But it was after Pope saved his mother from a gunfight with his uncle’s boys that Barkin really let loose. “I’m supposed to be dead,” she raged, “and you f—ed it up!” From that moment on, Barkin was a terrifying sight to behold, a seething, toxic portrait of desperation and fury. When Smurf took aim at Pope in hopes of forcing him to put her down, the mania in Barkin’s red-rimmed eyes left no room to doubt that her second shot wouldn’t be a warning.

By the time J had done what Pope couldn’t bring himself to, Barkin had turned Smurf’s last stand into a sendoff that is destined to rank forevermore among TV’s all-time most intense. It was a go-for-broke performance that a dozen times over earned the descriptor “to die for.” 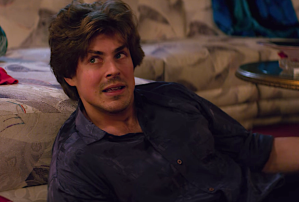 HONORABLE MENTION | In GLOW’s Season 3 finale, Chris Lowell took a scene that could’ve been merely heartbreaking and made it heart-absolutely-obliterating. It would’ve been crushing enough if Bash merely hadn’t wanted to admit to himself, much less confidante Debbie, that his favorite part of his and wife Rhonda’s three-way with Paul had been touching the gigolo. But the fear and horror that Lowell laid on top of his character’s shame took his performance to a whole other level. There was so much pain in the actor’s voice, so much anguish in his expression, as Bash tried to choke out the words, “I want to be the son my mom wants me to be,” that the moment hit as hard as any cross chop ever could. 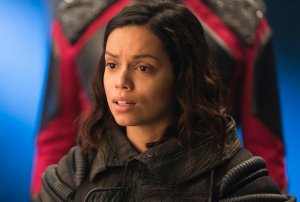 HONORABLE MENTION | Lyta-Zod, oh how we missed thee. Luckily, just in time for Krypton‘s Season 2 (and now series) finale, Georgina Campbell had opportunity to bring the true Primus back to life, in grand fashion. Awakening from her Black Mercy-induced “slumber,” Lyta learned of the ghastly things that transpired in her absence, all at Dru-Zod’s hand. But as for possibly losing her great love amid all of that, “Seg’s still alive, I know it,” she hoped. “We only just found each other again.” Campbell then “flipped a switch” as we saw Lyta backpocket such emotions and resume warrior mode, even going so far as to declare that Dru “is not my son,” given his treachery. Later confronting Dru and addressing Kandor, Lyta led a rallying cry in which she proposed a life “free of the endless cycle of violence… where we have the freedom to make our own choices.” Sign. Us. Up. 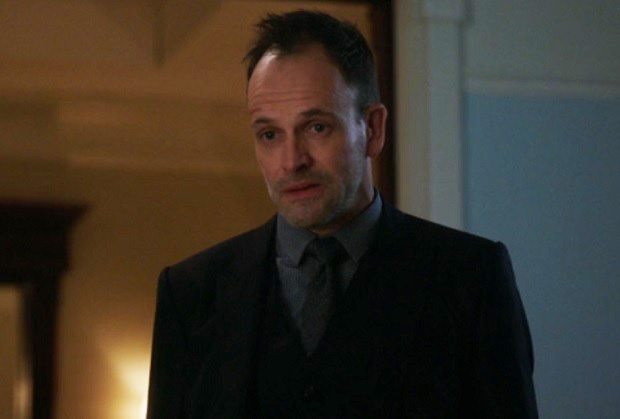 HONORABLE MENTION | Over the course of Elementary‘s seven-year run, Jonny Lee Miller has delivered a wonderfully layered performance as Sherlock Holmes. So it’s no surprise that during this week’s series finale, Miller brought his nuanced A-game upon learning that his beloved partner Joan Watson has cancer. In confronting Joan about her diagnosis, Miller transformed his confident PI into a scared man facing a terrifying scenario he can’t solve or stop. “You really would have let me leave without telling me?” a teary Sherlock asked Joan as Miller’s voice cracked. Then as Sherlock tightly embraced his friend, Miller exposed Sherlock’s big, beating heart in a way he never had before. “I’m staying. Of course I’m staying,” Sherlock declared. Slaying is more like it.