Elementary wrapped up its seven-year run on Thursday by reuniting Sherlock and Joan three years after the penultimate episode.

Suspecting that Moriarty might be after them, Joan signals Sherlock to return — and it turns out she isn’t the only one who knows he faked his death to take down Odin Reichenbach. Joan also eventually clued in a now-retired Gregson and Captain Bell.

When Sherlock resurfaces in New York, he tells Joan about the fulfilling work he’s been doing, taking on aliases and bringing down powerful criminals around the world. Meanwhile, Joan has continued to assist the NYPD… and is raising her adopted son Arthur!

After the Moriarty threat turns out to be a false alarm, Sherlock plans to continue his work (possibly as an asset of the NSA). But then he learns from Gregson that Joan has cancer and is starting chemo soon. There’s no choice to make after that: He vows to stay in New York. Cut to one year later, and Sherlock is attending a funeral… but thankfully, it’s just Moriarty’s (and he doesn’t even believe she’s really dead). As for Joan, she has a clean bill of health, but still worries that Bell won’t take them back as consultants.

“As long as we’re together, what does it matter?” Sherlock says before they step into Bell’s office. And with that, this adventure of Holmes and Watson comes to an end.

Below, showrunner Rob Doherty discusses Sherlock and Joan’s future, whether Moriarty was supposed to come back and the deadly ending he nixed.

TVLINE | We’ve talked about how you thought the Season 6 finale was going to be the series finale, and then you were renewed and had to come up with a new series finale. What did you like about this series finale that you weren’t able to do in the previous one?
It was an opportunity to end everything on better terms for our core cast of characters. Things ended badly between Sherlock and Gregson, and having a seventh season and a second series finale was an opportunity to address that. The other opportunity it represented was jumping ahead in time to give everyone who’s watched the show so faithfully a glimpse at how people’s lives had turned out, how they progressed and changed and stayed the same. The Season 6 finale wasn’t really built to jump forward, so I was glad we got to do it in Season 7. 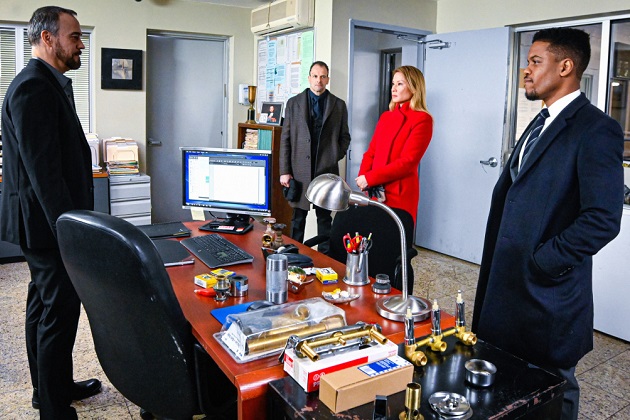 TVLINE | When it came to Bell, did you decide it was just more of a natural fit for him to be the new captain rather than going off into the Marshals like he originally planned?
Yeah. We may have strained credibility just a bit in that he rose to captain relatively quickly. I think there are more hoops that one has to jump through to get that sort of promotion in the span of three years. But it was worth it. The 11th Precinct always felt, to us, like his home, and New York City was where he belonged. It’s frankly more fun to see him take the position that his mentor once held. Gregson has stepped aside, but everything is still in excellent hands because Marcus is there. As far as planning the finale, we wouldn’t have gotten as much out of a Marcus who works for the Marshals.

TVLINE | I was very happy to see that Joan was finally able to start the family that she’s always wanted. Was it important for you to find a way to balance those two parts of her life in the end?
Yeah. That was another upside of a seventh season. I think it’s possible she would have become a parent in Season 6 if we had had a little more control of our schedule and number of episodes. It’s something that had to be put on a back-burner. If [Season] 6 had been the end, it just would have fallen away completely. So yes, we were glad to have a chance to tell a little bit more of that story and bring all of the work she did in Season 6 to become a parent to fruition. And yeah, balance is absolutely important, and it’s certainly true to who Joan is. I think if she ever thought that her work as a detective was negatively impacting her parenting of Arthur, she would make adjustments. She would find a way to put her son ahead of all of that. In that way, it’s also true to who Lucy [Liu] is as a parent. I’ve watched her so gracefully become a parent over the lifetime of the show. The show is a lot of work, but it’s also obviously a lot of work to be a parent, and she handled it so smoothly. I think what you see in Joan at the end of the series, it’s truer to who Lucy is.

TVLINE | Since we didn’t see what happens in that one year that Sherlock decides to stay and help Joan, can you talk about what kind of a role he plays in Arthur’s life? Are they a non-traditional family?
I believe, first and foremost, he was her support system over the course of that year that we didn’t get to see. In a lot of respects, he was what Joan was to him in the first season of the show. Obviously, each would have been dealing with very different problems, but having lived with Joan for seven years and having become, essentially, a part of her family, our present-day Sherlock is equipped to be that for someone. So I’m sure it was a lot of tending to Arthur, as needed, while she underwent chemo and whenever she felt sick. I also imagine work probably fell away for a while for both of them, which for the Sherlock of seven years ago would have been impossible. He thought that’s what he needed, that was his oxygen. But Joan is his family, and has been for quite some time, and so that makes Arthur his family as well.

TVLINE | And it’s nice that they can be a couple without being romantic, which is something that you’ve stuck to throughout the series run.
I wish I could say it was really hard, but when you know what you want to do, that makes it quite a bit easier. There was never any pressure from on high. Certainly, there was a section of the fanbase that looked for it. But it was always more interesting to me to keep things platonic, show a great friendship instead of a great romance. 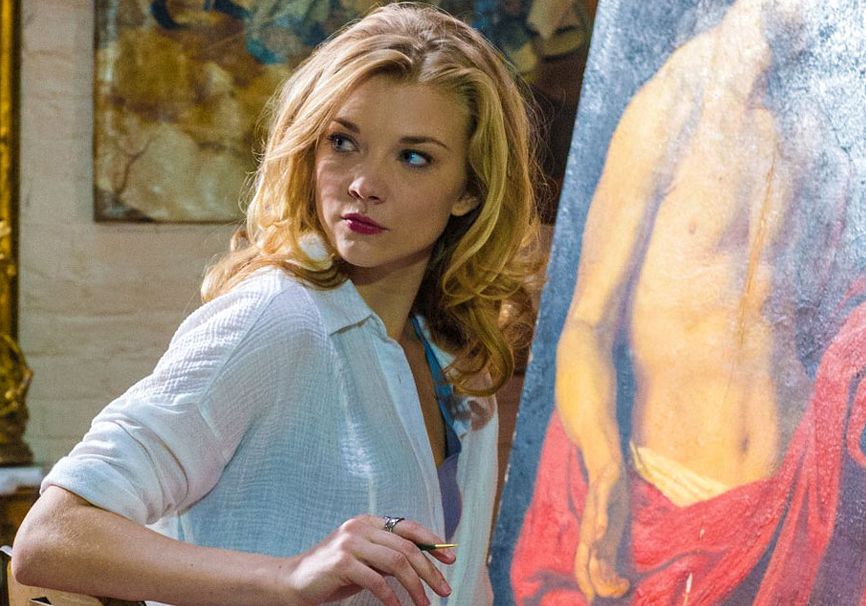 TVLINE | Moriarty played a big role in the finale, even though we didn’t actually ever see her. Why did you decide to focus so heavily on her?
Our last two episodes borrowed a lot of elements from stories in canon, and these were stories in which Moriarty played an important part. It felt canonically appropriate to, in some small way, make Moriarty a part of the end of our story about Holmes and Watson. Beyond that, logistically, we thought the stakes needed to be appropriately high for Joan to beckon Sherlock out of hiding. It’s hard to beat the stakes of a returned Moriarty. She really fit the bill, in that respect. For the most part, a lot of what we’re hearing about her in the finale is true — she is out there, she’s a threat — but ultimately, it’s her name that’s being invoked. She’s not really behind anything that’s happening. And yet, I think it’s pretty clear that she’s someone that Sherlock and Joan will continue to come up against. We won’t be able to see those episodes, but I liked the idea of her being out there and continuing to be a foe to Sherlock and Joan.

TVLINE | So it’s definitely settled: She’s still alive? She has to be!
Yes, I will say she’s absolutely still alive.

TVLINE | Were there any discussion or attempts made to bring her back in the flesh? Or did you prefer to have her be this looming offscreen presence?
We talked about it very briefly, and to be honest, I was worried that too much spotlight would be stolen from the people who really matter. We spent seven years with Sherlock and Joan. We spent a handful of episodes with Moriarty. Natalie [Dormer] is so amazing, and she was an exceptional Moriarty. It can distract if you’re utilizing her and that character at the wrong time. I really wanted this to feel like the end of a story about Sherlock and Joan, and not the end of a story about Sherlock and Joan and Jamie Moriarty.

TVLINE | Did you ever think about having Sherlock or Joan possibly die? Or did you really want there to be a happy ending?
I confess I thought about one of them dying before all was said and done. I won’t tell you which one. It was something I felt we at least had to talk about and explore. But I worked at a show called Medium for six years prior to creating Elementary, and I got to co-write the series finale for that show. We, ultimately, settled on a story in which the husband of the main character dies. It felt incredibly appropriate to a show about ghosts and the afterlife and marriage. But there have been times over the years where I felt guilty about the way we ended it. As appropriate as it was and as proud as I was of what we did, it was heartbreaking that one character had lost her partner. Ultimately, that was a big reason for us telling the kind of story that we did [on Elementary]. [I don’t] regret the Medium finale. It was a highlight of my career, being a part of it. And yet, I didn’t want to kill off another beloved character for the sake of ending a series. 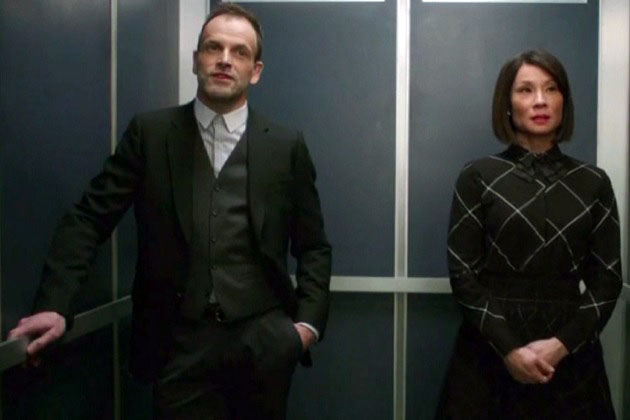 TVLINE | One of the things that this finale and the Season 6 finale have in common is that they both end with Joan and Sherlock together, doing their thing. What was the final feeling that you wanted to leave viewers with?
I guess it’s a taste and preferences thing. What I mean is, personally, I’ve seen series finales over the years where I think there was too much change. Things change violently because it’s a show trying to go out with a bang. It can be upsetting sometimes to think a universe and a cast of characters that you devoted yourself to over [several] seasons is ending. Someone’s killed off, or a marriage breaks up, things of that nature. I think sometimes it works, but sometimes, it’s left me cold. You can end up wondering, “Why did I spend seven, eight, nine years invested in this, only to have it all blow up in the end?” We wanted change, obviously. Sherlock and Joan’s circumstances have changed. But I also, ultimately, felt it was important to suggest to the people who stayed with us for so long that the adventure continues, the relationship endures. There’s more coming, and we can feel good about leaving Sherlock and Joan where they are.

Elementary fans, what did you think of the series ender? Grade it via the poll below, then hit the comments!