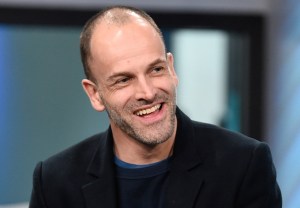 Jonny Lee Miller, who played the eccentric detective at the center of CBS’ long-running procedural Elementary, has been cast as Prime Minister John Major in Season 5 of The Crown END_OF_DOCUMENT_TOKEN_TO_BE_REPLACED

Performer of the Week: Ellen Barkin 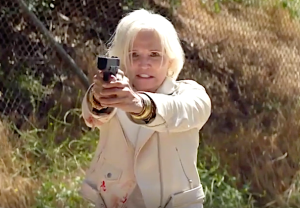 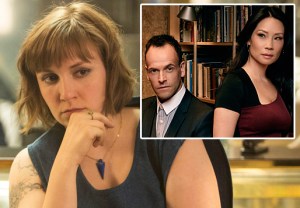 TVLine has learned exclusively that Lucy Liu, star of CBS’ Sherlock Holmes-themed procedural, will appear in a Season 5 episode of HBO’s Girls. END_OF_DOCUMENT_TOKEN_TO_BE_REPLACED

Performer of the Week: Kerry Washington 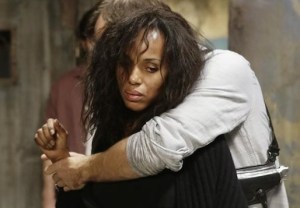 Sherlock's Benedict Cumberbatch Breaks His Silence on CBS' Elementary: 'I'd Be Frightened' 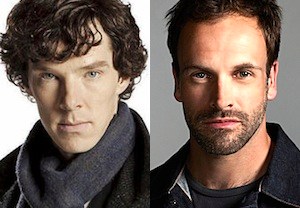 When word got out that Elementary — CBS’ Sherlock drama — would feature a female Watson (Lucy Liu) opposite Jonny Lee Miller’s Holmes, many of the iconic sleuth’s fans got their knickers in a knot.

However, Benedict Cumberbatch, who currently portrays the detective on PBS’ Emmy-nominated Sherlock, was not one of them. In fact, he’s remained altogether mum about the controversial gender switch… at least until now. END_OF_DOCUMENT_TOKEN_TO_BE_REPLACED

Elementary Boss: Playing Up Sherlock/Watson Sexual Tension 'Is Completely Off the Table' 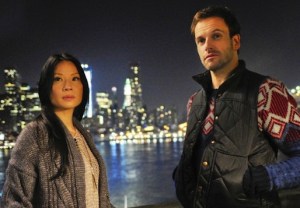 Sherlock Holmes purists who might already be knitting their brows over CBS’ Elementary casting Lucy Liu as a female Watson can find great solace in the fact that, even with that male/female dynamic, the New York City-set freshman mystery series will not devolve into some “Will They/Won’t They?” thing. END_OF_DOCUMENT_TOKEN_TO_BE_REPLACED 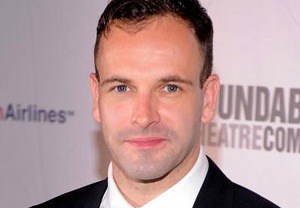