Not to rush your summer along, ladies and gentlemen who consume TV, but it is time for TVLine’s famously handy calendar (and it is an actual calendar) of Fall TV season and series premieres.

Following a bit of Dancing and a taste of Horror, this year’s onslaught truly kicks off on Monday, Sept. 23, at which point nearly 70 season and series premieres roll out over seven days. October then opens with a smattering of new/returning shows, building to a beefy Sunday that brings zombies, super women and kids saying the darndest things.

Here is our round-up of September/October dates, as well as two tinted boxes that denote later launches and midseason fare — both free to you, just for visiting TVLine.com. (Skimming the latter list is a great way to save yourself from “Oh my stars, where are those mischievous Legends of Tomorrow?!” fits of anxiety.)

New series are in BOLD, time zones Eastern. Click to zooma-zoom-zooma-zoom and save the dates!  (Updated 9/3) 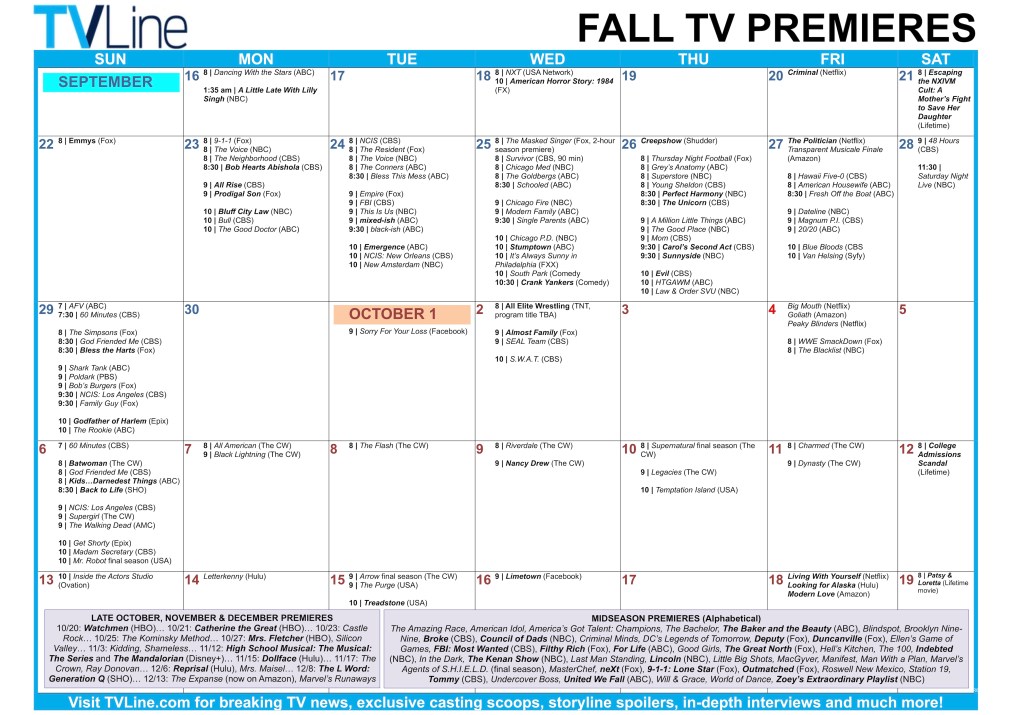