We’ve got questions, and you’ve (maybe) got answers! With another week of TV gone by, we’re lobbing queries left and right about shows including Supergirl, The Voice, Empire and Chicago Med!

1 | There’s no way that Midnight, Texas‘ Fiji-is-really-a-dark-witch thing is going to end well, is there?

2 | How does the DEO not know Supergirl’s secret identity? Didn’t she walk around there as Kara on multiple occasions last season? Or is that the agents know, but newcomers Colonel Haley and the president don’t…?

4 | On Ray Donovan, is there any remotely plausible way that Mickey and Bunchy make it out of Season 6 alive?

5 | Between TV Land shipping off Younger to Paramount Network… and Paramount Network sending First Wives Club to BET… and Lifetime’s YOU moving to Netflix for Season 2… are you having a hard time keeping track of what’s airing where? In a related Q: What in the world is going on at Viacom (aka home of TV Land, Paramount, BET, MTV, VH1)?

6 | Is this Jane the Virgin spinoff idea kind of disappointing? 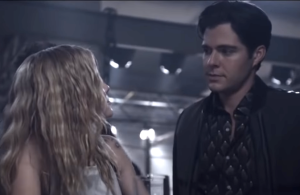 7 | Did this week’s Arrow suggest that Oliver and Diggle had shared the same GA costume? (And then ask us to believe it fits them both the same?) Given that BlackStar didn’t recognize William — and that Roy was conspicuously MIA this week — what’s your current theory on any possible connection to a present-day character? Finally, can you believe the lady from the gun control episode is now mayor?

8 | Is it just a bit too soon for Legends of Tomorrow‘s (entertaining!) Mona to be anchoring her own B-story? And were you assuming the evil spirit had chosen Beebo as its final doll host? 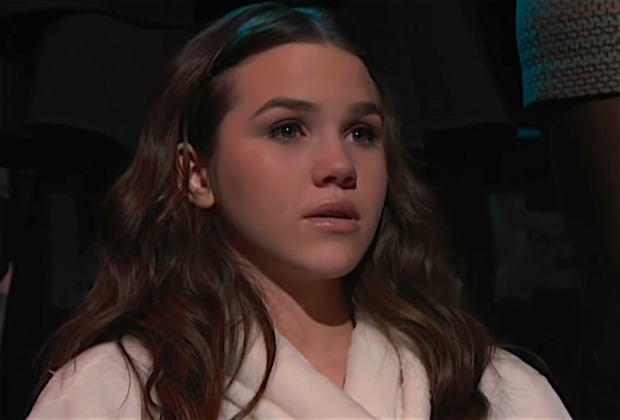 9 | Since, despite being too ill to perform during The Voice‘s Top 10 Results Show, Reagan Strange managed to hang out backstage — and appear on camera in her bathrobe — why wasn’t she invited to speak on her own behalf rather than let coach Adam Levine put his foot in his mouth?

10 | Is The Conners ever going to explain why DJ’s wife Geena — who returned home following Roseanne’s death on a five-day leave — hasn’t returned to Afghanistan yet?

11 | What exactly is in The Flash Museum, if it apparently doesn’t detail the speedster’s tragic backstory? Also, why did Barry & Co. just stand there for the several seconds it took Cicada too call back his dagger from outer frickin’ space? And after Sherloque said “Clever girl,” did you suspect he was really Eobard Thawne?? 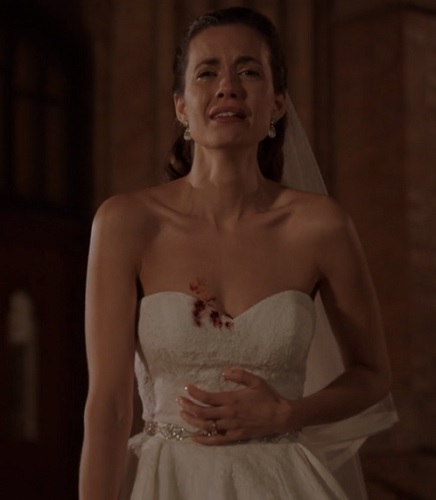 12 | The Gifted‘s Lauren previously has only been able to create temporary barriers. So how was she able to use one to keep the lab door from locking, until it was opened later?

13 | Were you horrified when Chicago Med‘s Will got blood on Natalie’s pristine white wedding dress?

14 | On Empire, did we miss the Lyon family meeting where Jamal asked everyone to start referring to him simply as ’Mal?

15 | Shouldn’t Riverdale‘s Jughead be a little more concerned about not being able to get in touch with his girlfriend Betty, who’s currently trapped in an evil convent? 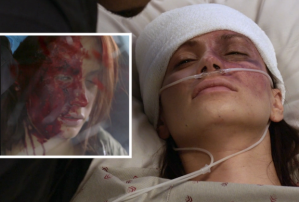 16 | Chicago Fire viewers, were you pleasantly surprised that the show didn’t kill off Cruz’s girlfriend Chloe? Meanwhile, TVLine reader Manu asks, “Chloe’s injured side of her face changed sides from the accident to the hospital. How on earth did they miss that?”

17 | Why didn’t SEAL Team‘s Rita dispatch with Mandy, and blame the kill on the cartel, in the name of covering her snitchy tracks? Also, can a gun expert out there tell us: Is it that hard to discern that the pistol you were handed has a completely empty clip?

18 | A Million Little Things‘ Chewbacca-noise-making-contest: Cute kid moment, or blatant flaunting of corporate synergy? (For those not in the know, Disney owns both the Star Wars brand and ABC.)

19 | How could Stephen Colbert have both Jeff Daniels and Emily Mortimer as guests on Wednesday night and not do a Newsroom sketch? 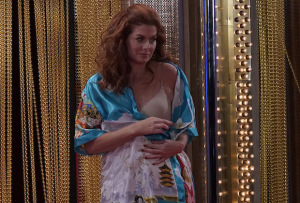 20 | Did Will & Grace miss out on a golden opportunity by not showing Karen reacting to Grace The Stripper?

21 | Why would Mom bring back former series regular French Stewart for a week and not have him reunite with 3rd Rock From the Sun costar Kristen Johnston?

22 | Of all shows, does Young Sheldon really need a “Previously on…” segment? 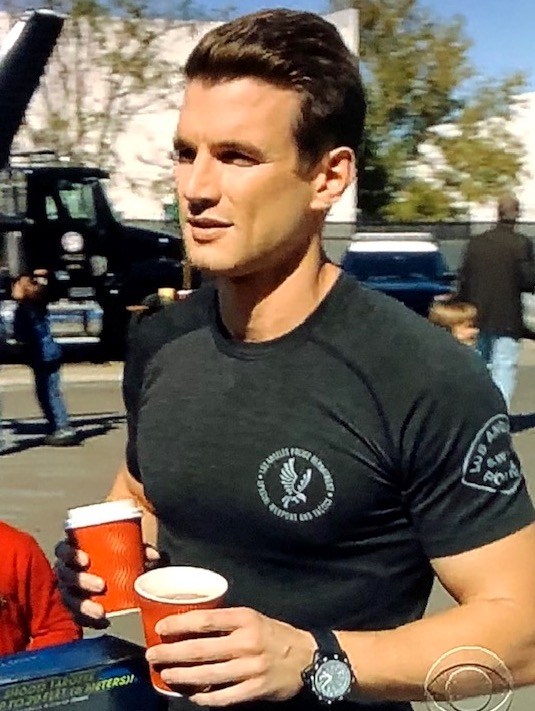 23 | What does S.W.A.T. win for showing us an actually full coffee cup? (As EP Shawn Ryan tweeted us in response, “If you’re not part of the solution, you’re part of the problem”!)

24 | Whoever winds up as Oscar host, their opening joke is pretty much written for them, eh?