Question: Got any scoop on The Good Place? — Sarah
Ausiello: Actually, I do: Don’t expect Eleanor, Chidi, Tahani and Jason to recognize each other (even a little) when they reconvene on Earth in Season 3. “The official position of the show is: There is zero residual memory” of their time spent together in The Good Place, creator Michael Schur says. “There is no haunting, shadowy, I-feel-like-I’ve-met-you-somewhere-before kind of thing. They are truly starting from scratch.” In fact, he teases, “We actually deal with this directly, in terms of how confusing and twisty these questions can be,” in the fifth episode of the season.

Question: Will Empire‘s new season pick up in the immediate aftermath of the shooting? Or will there be a time jump? —David
Ausiello: Oh, there will be a time jump. In fact, I believe it’s the longest leap forward the Fox drama has ever attempted. (Hint: It’s more than 23 months and less than 25 months.) 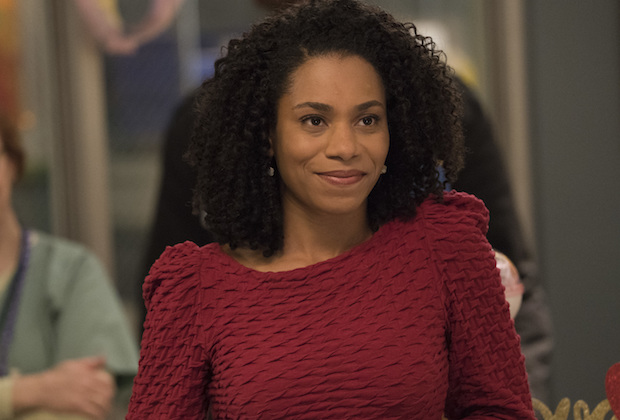 Question: Need Grey’s Anatomy Season 15 intel, stat! — Erin
Ausiello: If you were expecting the Season of Love to be all heart transplants and flowers, you might want to keep a sedative handy. “Love takes a lot of shapes,” showrunner Krista Vernoff reminds TVLine. “Look at Romeo and Juliet — it can be bloody, it can be ugly. That’s actually become the joke in the writers’ room. We’ll pitch some bloody, ugly stuff, and everybody goes, ‘Season of Love.’” Kidding aside, the EP says that, as promised, Season 15 will be upping the dosage of romance. “We have, as always, a lot of great medical cases, and as we really began to explore last season, the evolution of our doctors who began as interns [and have become] real rock-star surgeons. So all of that exists this season as the grounding force to what is fundamentally a romantic dramedy.”

Question: Any scoop on 9-1-1? Based on the trailer it looks like the whole season will be dealing with the aftermath of the earthquake. Or will there be a time jump? —Daniela
Ausiello: I am hearing that while there won’t be any significant time jump following the earthshaking season opener, the seismic event won’t dominate every episode that follows. That will give viewers time to get to know new characters such as Buck’s sister Maddie, a nurse-turned-dispatcher. “She has had a bit of a tough time in her life, in sort of an abusive relationship,” new series regular Jennifer Love Hewitt previews. “She comes to her brother pretty broken and bothered by what’s happening in her life and … needing a place to maybe figure out who she really is and, hopefully, help other people.”

Question: Hate that The Walking Dead is losing Rick. Should I still watch anymore? — Vic
Ausiello: If you’re a fan of Danai Gurira’s Michonne, you should. During the AMC drama’s Season 9 (which kicks off Sunday, Oct. 7, with an 18-month time jump), the katana-wielding heroine “rises to a position of power,” new showrunner Angela Kang recently previewed for TVLine. And though we have a feeling her boyfriend won’t be getting a happy ending, the EP promised that it would be “fun seeing where Michonne goes this season.” 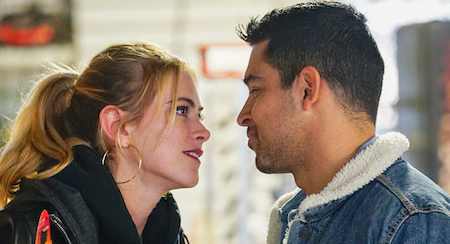 Question: Can NCIS fans expect anything on the Torres/Bishop front anytime soon? —Naomi
Ausiello: I’m glad we held onto your email for six months, because it finally bore fruit. In Season 16, “Torres and Bishop sort of… become close,” co-showrunner Frank Cardea shares with a wink. And while the show isn’t going there just yet, “We’re glancing in that direction,” the EP affirms. After all, “If you go back in NCIS history, the ‘Tiva’ thing took many years to develop.” Believe us, we know.

Question: Couldn’t believe Insecure didn’t “go there” with Issa and Daniel. Maybe later in the season? — Sandra
Ausiello: Without giving too much away, let me just say that you might not be quite so sorry that Issa slammed on the brakes by the time you’ve seen this Sunday’s ultra-romantic “Fresh-Like.”

Question: Any scoop on why Monica Raymund left Chicago Fire? It seemed so abrupt storyline wise. —Nancy
Ausiello: My understanding is that she was itching to pursue other creative endeavors (i.e. something that is not a network procedural).

Question: Do you have anything on Lucifer? —Paola
Ausiello: Someone’s having a baby!

Question: Regarding the recent Blind Item you posted about a cancelled series getting resurrected, would you be able to tease whether the show will be moving somewhere else or returning to its home network? —Kara
Ausiello: Moving somewhere else!

Question: So, what show is being saved? Need an update. Rooting for Code Black. —Joyce
Ausiello: The Blind Item was not referring to Code Black. That said, I’m told the door has not completely closed on the cancelled CBS medical drama returning for a fourth season.
Question: Any news on Santa Clarita Diet Season 3? — Kate
Ausiello: You may have seen that everyone’s favorite roguish time-hopper, Timeless‘ Goran Visnjic, will be stopping by the Netflix comedy. The actor will actually appear in five episodes as Poplavic, a mysterious figure who works at the Serbian Embassy.

Question: Should NCIS: Los Angeles fans be worried about whether we will get a Kensi/Deeks wedding? Following the two actors on Instagram has me worried about Deeks surviving! –Jessica
Ausiello: The good news: Deeks indeed survives the truck explosion, though he suffers a TBI. The gooder news: “Densi” is confirmed to walk down the aisle this season. The bad news? It will be one rocky road to get there. Given the parking garage argument that preceded their fateful jaunt to Mexico, “They have a lot of things to work out for sure,” assures showrunner R. Scott Gemmill. “It’s hard to take back something like that. It’s not something you get over right away.” 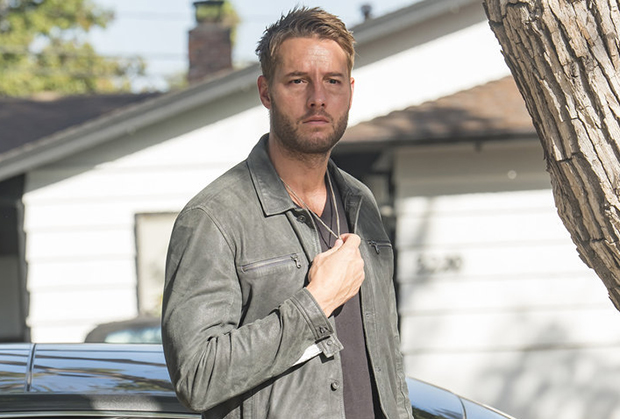 Question: Is This Is Us‘ Sophie gone for good, or is she coming back? —Amber G.
Ausiello: Never say never, but there are no immediate plans for Alexandra Breckenridge to reprise her role as Kevin’s ex (partly because, as you know, Kev’s dance card is pretty full at the moment).

Question: Any truth to the rumors that Rupert Friend’s character won’t be in Strange Angel Season 2 (if one is made) and the Homeland producers are considering bringing Quinn back for the final season so Carrie can have her happy ending? —Chris
Ausiello: Can’t speak to the Strange Angel part of the question, but I can assure you that Friend is not returning to Homeland, at least not as Quinn. Dude’s dead, people!

Question: Any Iris West-Allen scoop for Flash fans, specifically in terms of Central City Citizen?— Fowsia
Ausiello: While the paper “hasn’t officially been named yet,” Iris is “going to do more journalism [in Season 5] than we’ve seen in quite a while, which is fun — to get Iris out on the streets again,” showrunner Todd Helbing previews. “The whole idea is that we want to slowly build [her blog] into the Citizen, and she’s running this paper that we’ve seen since Day 1.”

Question: Are there any new romantic pairings to watch for in the #OneChicago universe — either crossover or same-show? —Stacey
Ausiello: Fire‘s Cruz is “going to meet a woman on a big fire call and end up courting her,” showrunner Derek Haas reveals. Meanwhile, P.D. boss Rick Eid says there are “romantic developments” in the Season 6 pipeline, but whether they’re new or rekindled pairings, he isn’t spilling.

Question: Is there any scoop on what direction Supernatural‘s Michael/Dean storyline will take? —Adder
Ausiello: At San Diego Comic-Con, Jared Padalecki said he had yet to shoot any scenes with co-star Jensen Ackles, and here’s why: “There will be very limited interaction [between Sam and Michael/Dean], and some of that is because Michael has his own agenda,” co-showrunner Andrew Dabb explains. “Some of that is because, without a lot of backup, putting Sam in a room with Michael is going to only end one way, with Michael being as powerful as he is. Certainly [over] the first half of the season, there’s going to be a lot more Michael/Sam interaction. But in the first few episodes, Michael — and by extension Dean — are kind of off in a little bit of their own story.”

This AAnd That…
♦ BLINDSPOT: Sources confirm to me exclusively that House of Cards‘ Nathan Darrow has signed on to guest star as someone from Rich DotCom’s past.
♦ HOW TO GET AWAY WITH MURDER: Timothy Hutton’s series-regular Season 5 character, Emmett Crawford,will “play a big part in Annalise’s new life” after winning her Supreme Court case, showrunner Pete Nowalk teases.
♦ THE RESIDENT: If you’re worried that the new character played by Jenna Dewan will rock Conrad and Nic’s rekindled relationship, don’t be. According to exec producer Todd Harthan, Fox’s hospital drama is “actually going in a different direction” with Dewan’s medical device rep, who will recur throughout Season 2. “She does have a strong soap storyline, and she has a strong professional storyline,” Harthan shares. “But it is not going to be the wrench thrown into our Conrad and Nic relationship.”
♦ ICYMI: I built myself a Smurf shrine.