There’s no escaping raging hormones in the Season 2 trailer for Netflix’s Big Mouth.

In the above clip, Nick (voiced by Nick Kroll), Andrew (John Mulaney), Jessi (Jessi Klein), Jay (Jason Mantzoukas) and Missy (Jenny Slate) are seated in sex education. A lesson on, um, “Ethopian tubes” is interrupted when the class is paid an unwelcome visit by the Hormone Monsters. (Not a real thing. We don’t think.) After being consumed, the friends learn that the only way out… is through the butt. #LifeLesson

The second, 10-episode season of Big Mouth (releasing Friday, Oct. 5) finds the gang dealing “with the awkward realities of self discovery, body image shame, birth control and countless other excruciating adolescent moments,” according to the official logline. Joining the voice cast are Gina Rodriguez (Jane the Virgin) as Gina, a character who “shakes up the social dynamics as the first girl at the middle school who has developed boobs,” and David Thewlis (Fargo) as The Shame Wizard, a mortal enemy of The Hormone Monster who “haunts the kids by stoking their deepest shame.”

Press PLAY on the teaser trailer above, then scroll down to view four new photos from Big Mouth Season 2. 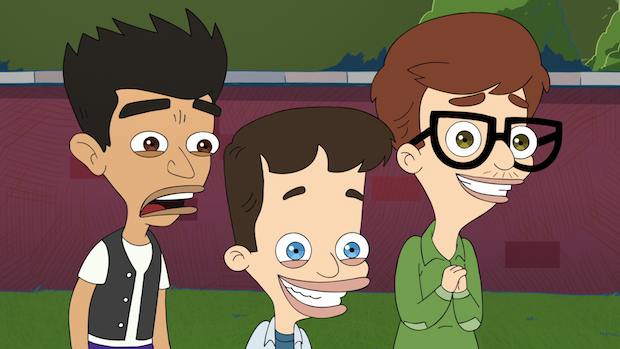 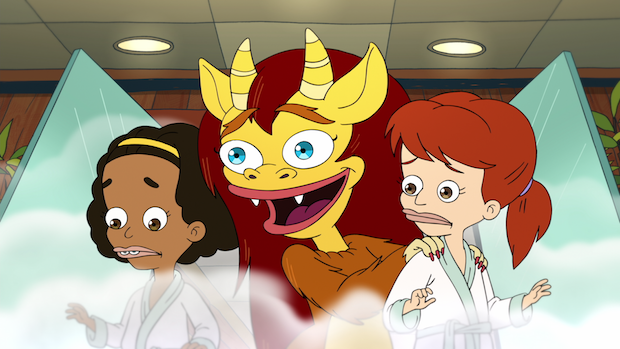 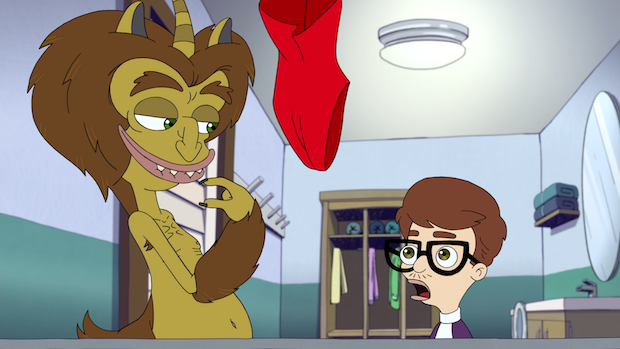 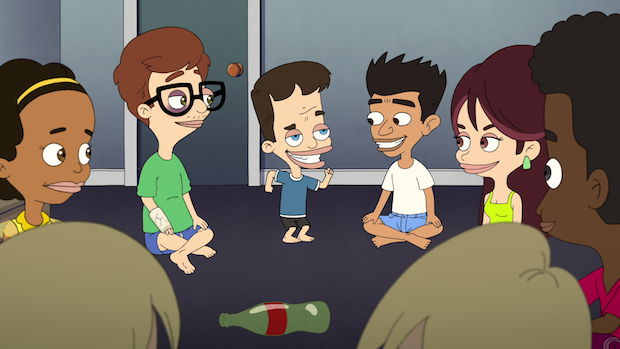